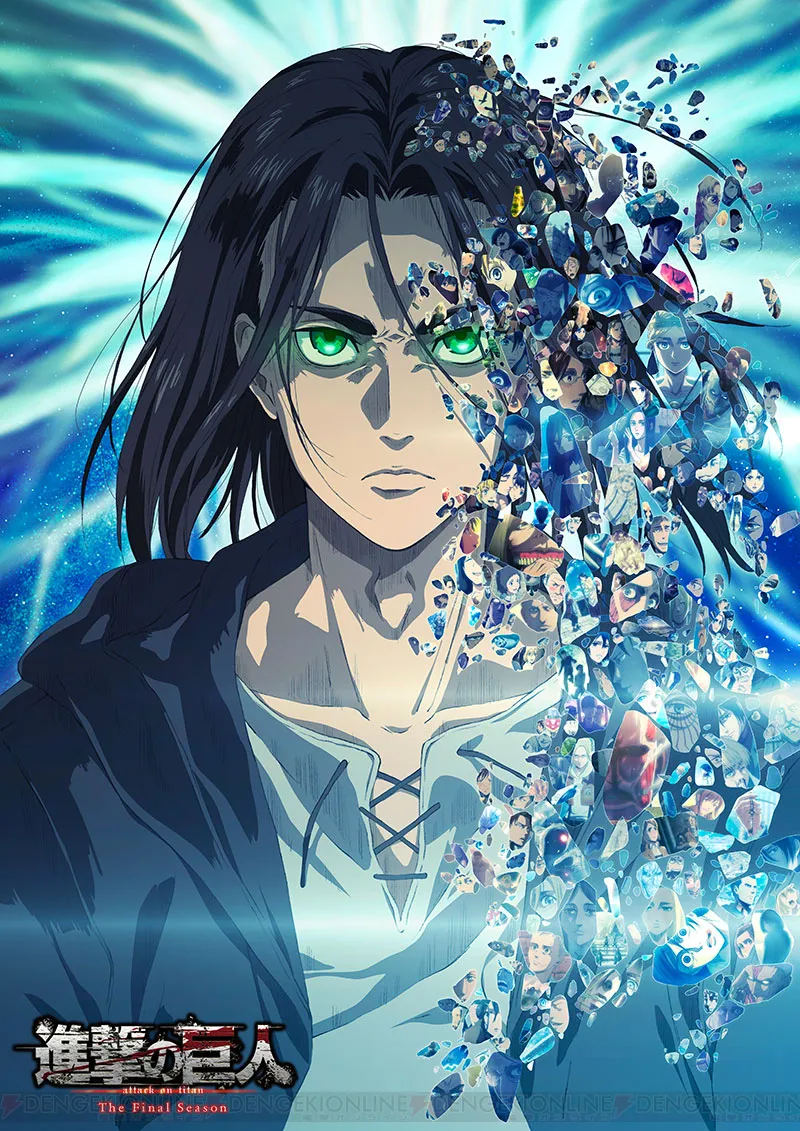 The key visual for the TV anime “Attack on Titan” The Final Season Part 2, which will start airing on NHK General on January 9, 2022, has been released. The visual has a sense of fragility, with Eren’s piercing gaze, memories, and famous scenes scattered like shards of glass.

Director Hayashi’s comment on the critical visual has arrived.

In addition, the first distribution of “Attack on Titan” OAD, which contains side stories of the main characters, has been decided from noon on November 29. Sudden Visitor: The Curse of Tormented Youth’ and ‘Difficulty’ will also be distributed. For more details, please check the official website.

A special compilation that looks back at the past episodes and extra episodes told from the perspectives of Levi, Annie, Mikasa, and others will be broadcast on NHK General!

Past series is now available at various distribution sites!

“That giant, at all times, kept going in search of freedom. He fought for freedom. His name was Attack on Titan.”
The truth outside the walls and the true identity of the Titans were finally revealed. The human race had sacrificed far too much to get to this point. But still, they must keep going. For they have yet to see the sea outside the walls, the symbol of freedom, with their own eyes.
–Time passed, and it had been six years since the first attack by the Colossal Titan. Six years have passed since the first attack by the Colossal Titan, and the Scout Regiment dares to investigate outside of Wall Maria. I’ve always believed that there is an ocean beyond the wall and freedom beyond the sea. I’ve always believed that. ……” This is the first time humans have reached the sea inside the wall.
Is it freedom that lies beyond the endless horizon, or is it ……?
The story of Ellen Jaeger enters a new phase.