What is the identity of the spirit that tells us not to look at her in Mieruko-chan? And about Mr. Zen Tono’s past and friends. 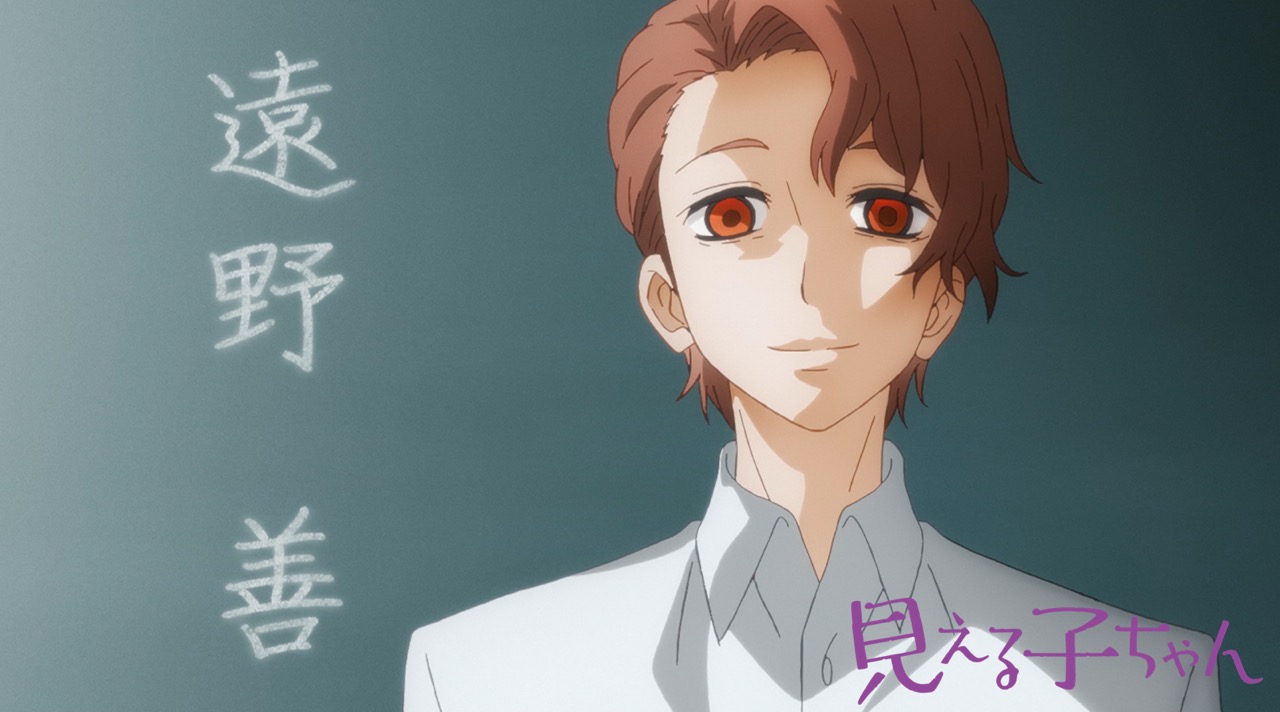 The main character, Miko Yotsuya, was looking at her class teacher, Zen Tohno, whom she distrusted, when a yucky guy appeared and told her not to look at him.

Miko couldn’t help but shed a tear when she saw how scary the bad guy was, but who was this spirit that told her not to look?

In this article, I’ll give you a spoiler-filled explanation of the identity of the spirit that says don’t look in Mieruko-chan, as well as a summary of Dr. Zen Tono’s past and friends!

|[Mieruko-chan] On the spirit that said don’t look

Here’s a summary of the spirits that say don’t look and what “don’t look” means too!

The spirit that tells you not to look is the dangerous one that possesses Zen Tono.

Since this evil spirit is always possessing Zen Tono, Miko, who is Mieruko-chan, can see the spirit telling her not to look at him at any time, such as in class or during breaks.

The spirit that tells her not to look at him sometimes enters Tono Zen’s body, as if it is possessing him.

What does “don’t look” mean?

The spirit that says, “Don’t look” just looks at Zen Tohno, and as if to warn him, it approaches him saying, “Don’t look.

Therefore, if a student looks at Zen Tohno even a little bit during class, the spirit will come close to the student and keep saying “Don’t look” until the student stops looking at Zen Tohno.

Here’s a spoiler-filled explanation of what the spirit that says don’t look really is!

The spirit that tells us not to look is Tono Zen’s mother.

The spirit that told them don’t look is Tono Zen’s mother.

Zen Tono’s mother has already passed away, but she lived a life that seemed to dominate him since he was a child.

It was an everyday occurrence for her to tell Zen Tono’s friends to stay away from him, and even now that he is dead, she tells anyone who looks at him to “stop looking at me”.

Why Zen Tono’s mother is possessed.

The reason why Mr. Zen Tohno’s mother is possessed is because she is still trying to control Zen Tohno even after her death.

Before her death, Zen Tono’s mother used to threaten him in order to make him do what she wanted, and Zen Tono had no choice but to do what such a mother wanted.

For Zen Tono’s mother, manipulating her son, Zen Tono, as she wished was all that mattered in life.

Tono Zen was raised by such a mother, and even now, after her death, he is still bound by the events of the past with his mother.

|[Mieruko-chan] Explaining the past and friends of Mr. Zen Tono

From here on, we’ll be discussing Mr. Zen Tono’s past and his friends!

Tono Zen and his mother’s past

One day when Zen Tono was in elementary school, he was supposed to go to a friend’s birthday party.

However, his mother was angry with him for hiding the fact that he was going to the birthday party from her, and threatened the still young Zen Tono that he could go if he was willing to betray and hurt his mother.

Tono Zen’s mother had killed the cat he had found and cared for in secret.

Because of his mother’s domination, he was not allowed to spend time with his friends, so he secretly kept a cat in his storage room and loved it very much.

However, one day, when he peeked into the storage room as usual, he found the cat was not there.

His mother said that she had disposed of the cat that Tono had loved so much, and Tono still regrets that it was his fault that the cat had to die.

Because of this incident, Zen Tono is still tied to his mother, but in order to move forward, he patrols the streets every day to pick up abandoned cats and protect them as a way to atone for his past.

Zen Tono and his friend Satoru

Satoru is the only friend of Dr. Zen Tono, who was not allowed to play with his friends as a boy.

Satoru has been his friend since elementary school and is now a veterinarian at an animal hospital, so when Zen Tono picks up an abandoned cat he finds, he entrusts Satoru to treat it and even find a foster home for it.

Satoru knew about Zen Tono’s relationship with his mother and what happened to him in the past, and he supported Zen Tono by saying that he would help his friend if he was in trouble.