What is the appeal of Kirill, the fugitive in “MANSHU AHENSQUAD,” the man who will come before the hero in 2022? 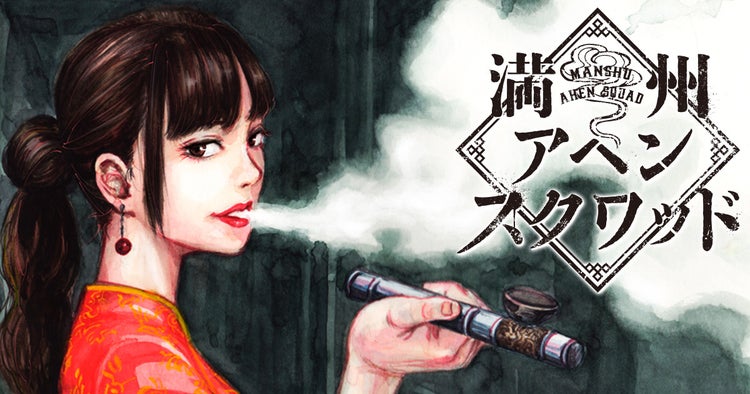 Whether it’s Captain Levi in Attack on Titan or Mikey in Tokyo Revengers, sometimes in manga there are characters who are more popular than the main character. Of course, a story is only as good as its protagonist, but when a character with an overwhelming power or a wildness that the protagonist doesn’t have appears in the story, you may have experienced the phenomenon …… where you become more passionate about the story than the protagonist as you continue reading. I’m sure you’ve experienced it before.

He is a character who boasts high popularity even over the main character, and we can see a glimpse of him in “MANSHU AHENSQUAD” (original story: Tsukasa Monma, manga: Shikako), a popular work that was transferred from “Comic DAYS” to “Weekly Young Magazine” in 2021. (Original: Tsukasa Monma / Manga: Shikako).

|A Crime Suspense about Opium

MANSHU AHENSQUAD is a crime suspense film set in Manchuria, a country that flourished and perished with opium. The protagonist is Higata Isamu, a soldier in the Kwantung Army who lost the sight in his right eye in the war and developed a keen sense of smell. He discovers that the poppy, the raw material for opium, is being cultivated in the depths of an agricultural training camp, and turns his hand to opium smuggling to support his family. In order to support his family, he gets involved in opium smuggling. Then, Isamu joins forces with the enigmatic and beautiful Lihua to build a network for smuggling and selling highly pure opium, which he calls “True Opium”.

It is a shocking film about the “back history” of Manchuria, which is never depicted in textbooks. The appeal of this work is its realistic depiction of people who are addicted to opium and live like corpses, and the decadent atmosphere of a city turned into a lawless zone.

As the story progresses, Yu and Reika expand the sales channel for “True Opium” by adding Lin, a girl who makes a living selling opium, and Baatar, a Mongolian who can speak four languages at will, to their ranks. Although the story is set in the underworld, the characters are of different ages, backgrounds, and origins, and the way they use their abilities to fight together gives the reader a sense of excitement as if reading a traditional shonen manga.

Among the many characters in this film, Kirill Medvedev, aka Kirill the Fugitive, shows glimpses of being a “highly popular character, even over the protagonist. Abandoned by his mother due to poverty in the midst of the turmoil of the Russian Revolution, Kirill grew up arresting and purging people in the NKVD (NKVD), the People’s Commissariat under Stalin. He lives with a blind girl named Natasha. Then, by chance, he meets Yu and his friends who have chosen Harbin as the next market for “true opium,” and Kirill gets caught up in the war between the Blue Raiders and the Russian mafia.

|The secret thoughts of a lone fugitive

Kirill’s first appearance was in episode 28, “Each Road,” in volume 4 of the book, and at the end of episode 28, we see him working as a fugitive in Harbin. I was overwhelmed. In addition, the solitary aspect of his creed of “never teaming up with the same person again” is very mysterious and tickles the reader’s inquisitive mind.

According to Kako-sensei, who is in charge of the drawings, Kirill is a courier character born from the image of the movies “Baby Driver” and “Drive”, but the charm of Kirill is not only his cool visuals and light body movements, but also the fact that all of his principles are “to protect the people he cares about”. I think that’s what makes him attractive.

Kirill has special feelings for Natasha, a blind girl who lives with him, after an incident. He works as a courier, and later joins forces with the heroes to fight, all for her. We are struck by the consistent and strong feelings that Kirill holds in his heart. Furthermore, Kirill is reluctant to reveal her strong feelings to Yu and the others. He doesn’t say much, but continues to put his life on the line for the people he wants to protect. …… The more I see his warrior-like grace, the more I can’t take my eyes off him.

Nazuna
If you’re looking for a story and characters that are interesting enough to immerse yourself in, you should definitely take a look at MANSHU AHENSQUAD and Kirill the Escapee.