The “Orient” broadcast date has been decided and the PV has been released! OP theme by “Da-iCE”! 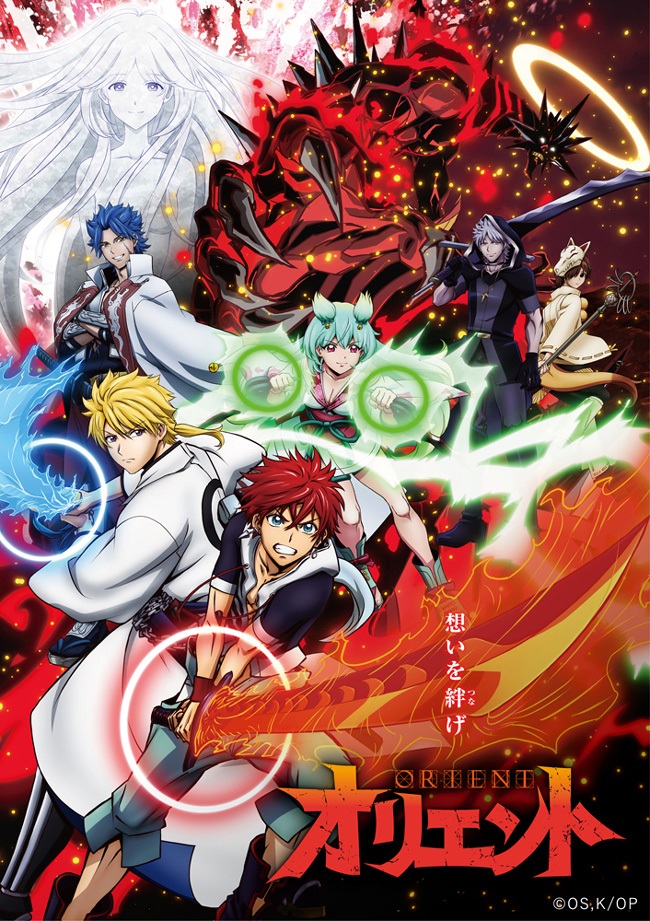 The TV anime “Orient” will start airing on January 5, 2022. In addition, the PV has been released. The theme song information has also been announced, and the OP theme has been chosen as Da-iCE’s “Break out”, which is shown for the first time in the PV.

The original story of “Orient” is a warring states battle fantasy serialized in “Bessatsu Shonen Magazine” by Shinobu Otaka, a manga artist known for “Magi” and “Sumomo Momomo: The Strongest Woman on Earth”.
It has been 150 years since the “demon gods” suddenly appeared in Hinomoto during the Warring States period and took control of the world. …… While only the “warrior clans” continue to fight against this domination, two people who yearn to be warriors come together to fight against the demon gods. This is the story of two boys, Musashi and Kojiro, who yearn to be samurai and vow to form the “strongest samurai group” and try to defeat the demons.

In addition, the animation and character voices of Shiro Inukai (CV: Hiroshi Shimono), a mysterious samurai of unknown affiliation, and Nanao Inuzaka (CV: Azumi Waki), a girl who follows Shiro and calls him “master,” have also been released for the first time.

In addition, the opening theme song will be “Break out” by Da-iCE. The song is full of a sense of speed, reminiscent of the world of “Orient”. In the PV released this time, a part of the song was also shown for the first time.

Orient” will begin airing on TV Tokyo and other stations on January 5, 2022.

|Comment by Souta Hanamura of Da-iCE on the opening theme

When I read the book “Orient”, I was struck by the strong heart of a man who fights to protect the world despite being called evil by people all over the world, and I thought I could somehow incorporate that strength into the music, so I started to write the song. I expressed the high aspirations and the strength of the heart in a piercing high-pitched voice, and in the lyrics, I expressed my belief that even a minority can do the right thing and that their thoughts can change the world, in a world where justice is decided by majority rule. By adding Japanese elements to the song, I think I was able to create a Japanese rock song that only Da-iCE can create. Please enjoy the new Da-iCE with “Orient”.