A comparative study of the works that are said to be homages in the Jujutsu Kaisen! Naruto, Bleach, My Hero Academia 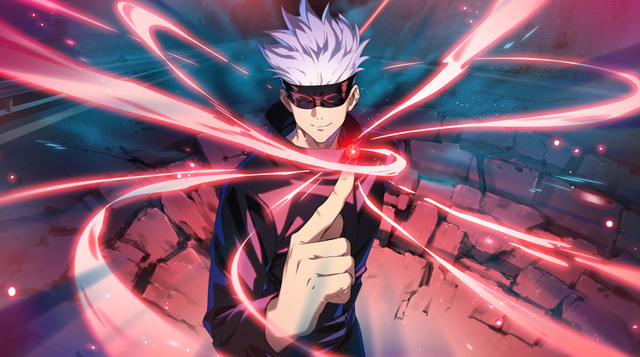 This is a comparison and verification of works that are said to be homages or pastiches. It’s Naruto, Bleach, and My Hero Academia. I’m not sure if it’s really as similar as people say. I’m going to take a look at what the authors have to say.

It has been said that Jujutsu Kaisen and Naruto are very similar. Specifically, in Jujutsu Kaisen and Naruto, the main characters called Tsuina and Kuo have sealed their mighty power in their bodies.
The composition of the group of three, two male and one female, is similar to Naruto’s composition. The character designs of Uchiwa Kakashi and Gojo Satoru are similar. There are many more, but I will explain them here.

This is the story of Naruto Uzumaki, a failed ninja who grows up as a ninja. It is a great adventure that spans 72 volumes with various ninja arts and friends.
There is a lot of foreshadowing, and when you learn about the hidden thoughts of the characters when the foreshadowing is recovered, you will love the work of Naruto even more.

2  The composition of the group of three is similar.

3    Design similarities between Kakashi-sensei and Gojo

We will compare and verify the above three points.

The relationship between Itadori and Sukuna in the Jutsu Kaisen is too dangerous because they can’t leave Itadori’s body, so they reluctantly cooperate and become different personalities. And since they are using each other, it will be interesting to see in future stories whether they will move towards cooperation or antagonism.

In the early part of the work, Naruto and Kuo were in a rage of emotions, and Kuo’s chakra was added to Naruto’s chakra, healing his wounds and improving his physical abilities.
In Naruto and Sasuke vs. White in the Wave Country Arc, Sasuke thought he was dead and the chakra of the nine-tails leaked out. After that, the same nine-tails would appear, but when they went out of control, they would be sealed by Daijakumaru or sealed by Yamato, but eventually they would join minds with the nine-tailed Nine Lamas and cooperate with them.

I can’t wait to see if the day will come when they can fight together like Naruto did in the Jutsu Kaisen.
This theme is totally cracked.
However, there is a theory that the inspiration for Naruto’s nine-tails came from Ushio and Tora. I’m not sure what to make of it, but I’m sure it’s worth it.

2 The composition of the group of three is similar.

The combination of Naruto, Sasuke, and Sakura in Naruto’s group of three and Itadori, Fushiguro, and Kugisaki in Jujutsu Kaisen is similar. I told you at the beginning of this article that Naruto is the foundation of this project.
As for the 3-person teams, there are many works in which 3-person teams act together, such as World Trigger, SKET DANCE, and in the past, Nintama and Eva.
As for the characters, there was an article that touched on the personalities of Sakura and Kugisaki, and it was said that Sakura and Kugisaki are similar in their ferocity, but Sakura has a lot of power-based techniques, but she also cries a lot and is always worried about someone.
She always speaks to Kakashi-sensei in a respectful manner, and after defeating the last enemy, Kaguya Otatsugi, she supports Kakashi-sensei who is dizzy due to overuse of the Sharin-eye, and there are many scenes where she shows respect and kindness to her superiors.

To Gojo (the teacher), she calls him “Gojo,” and to older people who don’t respect her, she sometimes calls him “Anta” or something else. She is also a strong female character on the inside, so she is clearly different from Sakura. Furthermore, in Jujutsu Kaisen, the demure female characters do not appear because Akutami-sensei is not good with them. Therefore, it can be said that Kugisaki and Sakura are completely different characters.

3 Design similarities between Kakashi-sensei and Gojo

Also, Akutomi-sensei has stated that “Naruto is the origin of action composition”, which shows his respect for Naruto.

It’s 50% misunderstanding and 50% certainty about the similarity between the characters in Jutsu Kaisen and Bleach.

High school student Ichigo Kurosaki meets Rukia, the Shinigami, and gets involved in various incidents as a substitute Shinigami.

On character-related pacification and misunderstanding

This one is a mixture of confirmed pacifier and misunderstanding. Todo tried to make a Saraki Kenpachi-like character in the pakuri. This is what he said.
Also, President Rakuganji said in the Q & A of the official guide
Q: Please tell me about the character designs. A. It was the result of a toss-up between Chairman Netero and Captain Yamamoto.
A. I was torn between President Nero and Captain Yamamoto.
As such, he has made a public statement about the character design he used as a reference. Therefore, it has been said that Kurisaka of Jujutsu and Hyoushubu of Bleach look exactly alike and are cracked, but this is a misunderstanding.
He says that Kurisaka’s character design is based on an upside-down picture. The reason why Kurisaka, who looks like Hyoushubu, is an upside-down drawing is because Bleach is imprinted in Akutomi’s subconscious.

How Akutami Sensei became aware of being a manga artist

Akutami-sensei was inspired to become a manga artist by Bleach, which he saw in Jump when he was in elementary school. In other words, Jujutsu Kaisen is subconsciously a rip-off of Bleach.
The first episode of the first volume of Jujutsu Kaisen is intentionally taken from Bleach. I’m trying to make it more like Bleach,” he said.
He also said that he respected Kubo-sensei’s talent to become a manga artist by aiming for Bleach.

The picture in Junji Ito’s “Uzumaki” and the “Uzumaki” that the fake Getou unleashed on Miwa and the other students at the Kyoto school in the Shibuya Incident of the Jutsu Kaisen are very similar. (This is different from the Uzumaki that Getou unleashed on Okkotsu in volume 0.)
(This is different from the Uzumaki that Getou fired at Okkotsu in volume 0.
However, many of Ito-sensei’s works have been made into homages, and Ito-sensei’s homages appear in numerous works such as Hunter Hunter, Chainsaw Man, and Jojo.

Some people say that the story structure of Jujutsu Kaisen is similar to Hiroaka, but this can be denied. If I were to take away the structure, it would cause trouble for Hiroaka, and things would get ugly.
However, since Akutami-sensei writes the obi of Hiroaka comics and Horikoshi-sensei writes the obi of Jujutsu Kaisen, it seems that they have a good relationship.
Therefore, I deny that the story structure is a clone.
However, “I learned the importance of preparing a climax in advance by watching an interview program about Hiroaka. From what Akutami-sensei has said, it is highly likely that he is using it as a model for how to create a story.