An in-depth explanation of Attack on Titan’s Founding Titan’s abilities and even its heir! How do Ymir and Eren use the power of the Founding Titan? 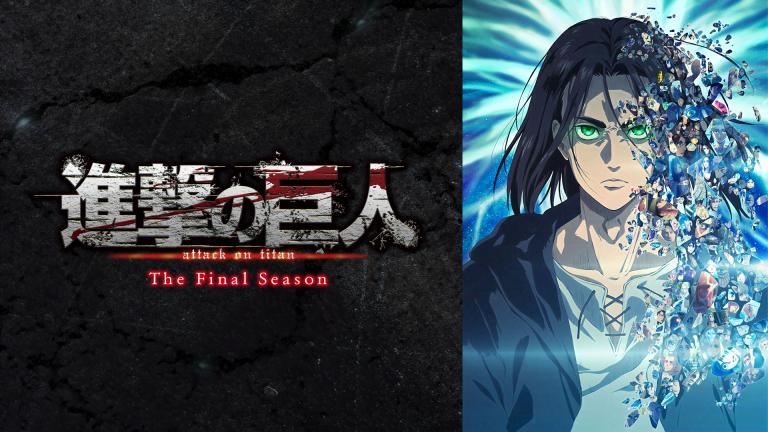 ※This article contains spoilers for the latest episode of Attack on Titan. If you haven’t read it, please be careful.

|What is Founding Titan?

The “Coordinate” mentioned in the film refers to Founding Titan.

It’s possible to control all Titans. 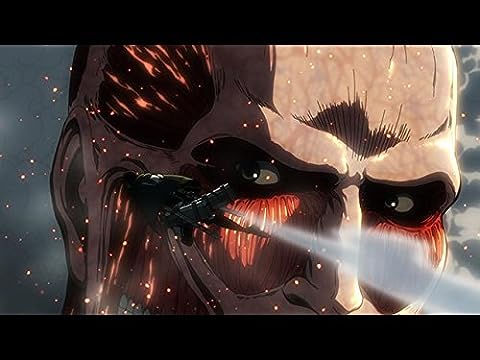 The Founding Titan has three powerful abilities, among which the power to control all Titans is the most feared power in the world. Its control applies to all Titans in existence, and it can manipulate the Nine Titans as well as the innocent Titans who have no will. In the movie, it was activated when Eren came face to face with the Titan that preyed on his mother in the past, and the Titans around him attacked the target Titan under Eren’s will. Also, the “ground leveling,” which is said to be the trump card of the humans within the walls living on Paradis Island, is also based on this controlling power. The “leveling of the earth” refers to the destruction of the world using the super giants lurking within the walls, or their power. As a deterrent against enemy nations, the “jinashi” has been protecting the peace of humanity within the walls for 100 years.

The second ability of the Founding Titan is the ability to make Ymir’s people, the Eldarians, do as he pleases. The two specific things that are known about this ability are that it can alter the memories of the Eldarians, and that it can change the structure of their bodies.

The falsification of memories was initiated by Carl Fritz the 145th against the Erdians within Paradis Island in order to create a short-lived paradise. Due to King Fritz’s power, the humans within the walls were implanted with false memories and spent 100 years without knowing anything about the Titans.

It was only when the “euthanasia plan” of the Eldarians was exposed that it was discovered that it had the power to change the structure of the body. Zeke’s plan was to use the power of the Founding Titan to transform the Eldians into a body incapable of bearing children, and then wait for the extinction of the race in peace. From this, we can see that the Founding Titan has the power to physically control the Eldians.

It can generate an inexhaustible supply of Titans. 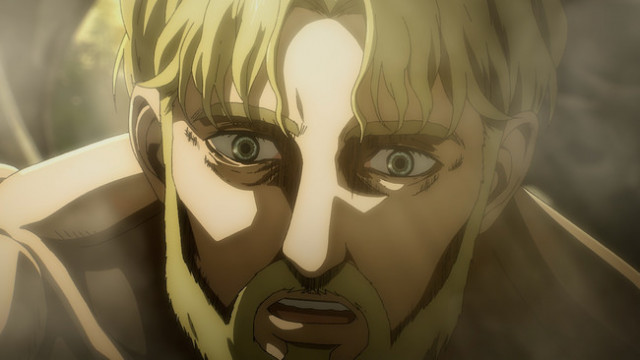 When a human becomes a Titan, a Titan body suddenly appears out of thin air. In fact, it was the power of the Founding Titan that created the Titan’s body. Strictly speaking, it can be said to be the power of Ymir the Founder, the first Founding Titan. In the story, there is a scene where Zeke loses the lower half of his body, but his body is restored by Ymir the Founder. In a place where the whole area is surrounded by sand, Ymir continues to knead the soil to make Zeke’s body. After her body disappears, she continues to exist in the “Road”, a world where there is no concept of death, and continues to create Titans by herself. Now that Eren has reached the Path and taken control of the Founding Titan, it is thought that Yumir’s power has been passed on to Eren. In other words, he was able to create an almost inexhaustible supply of Titan bodies through the Path.

Conditions for activating the power of Founding Titan

In order to activate the power of Founding Titan, there is one condition. That is, you must be a member of a royal family that has inherited the blood of Ymir, the founder. Those who do not have royal blood cannot activate the power on their own. However, they can activate it by coming into physical contact with the royal family. In addition, the Founding Titan inherited by the Royal House of Wraiths will not be able to defy King Carl Fritz’s ideology when it inherits due to the influence of the “Contract of Non-war”. As a result, Grisha Jaeger, who feared for the survival of humanity, took away the Founding Titan in 845.

He was originally a slave in the service of the first King Fritz, but one day he was given the power of gianthood by a glowing centipede-like ancient creature by accident. Using his overwhelming power, he won the war and contributed to the expansion of the country’s territory. As a reward, he is given three children by King Fritz. In the end, he lost his life for the king, and his power was passed on to his three daughters who ate Yumir’s flesh.

When it is transformed into a Titan, it has long hair and looks similar to the Female Titan, but it is many times larger than the Colossal Titan. It is a Titan of extraordinary size among all Titans.

Heartbroken by the world that had been ruled by the power of the Eldonian Titans for so many years, he caused the “Titan War” in order to deliberately weaken the Eldonian Empire. And during the Great War, he moved to Paradis Island with some of the Eldarians. He became the first Wraith King, falsified the memories of the islanders, and built a wall with the “Covenant of Non-war”.

The appearance of his Titan form is not described in detail, but he is an old man with a beard. It is believed that he inherited the power of the Titans when he was quite old.

When transformed into a Titan, she transforms into a 15-meter class female-form Titan. Her black hair and sharp eyes are striking, and she vaguely resembles Eren in his Titan form. 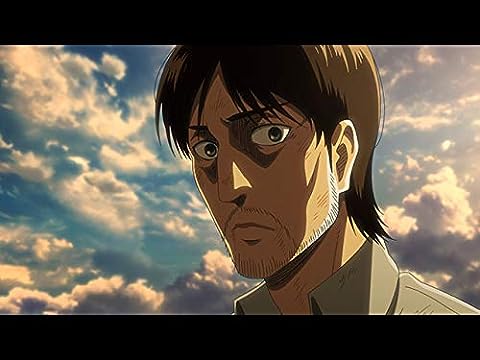 Eren’s father, Grisha, robbed the Founding Titan from Frida Wraith in 845 in order to protect the future of the Eldarians within the walls. Soon after, he fed himself to Eren and passed on the Founding Titan and Attack on Titan to Eren.

When he is transformed into a Titan, his face is covered with a beard and hair, making him look like a primitive man. It’s a 15-meter class in size, but it’s also very wide, making it look larger than it actually is. 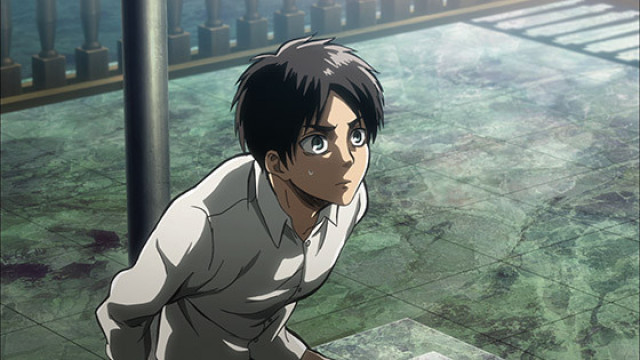 Eren’s power was originally thought to be limited to Attack on Titan, but since Grisha Jaeger inherited Founding Titan, it turns out that he also has the power of the Founder. Now that he has inherited the Founding Titan, Eren will be able to glimpse the memories of his father and other past inheritors.

When he was transformed into a Titan, he looked like a 15-meter class Titan with black hair. However, when he seized control of the Founder and activated the “Ground Control”, he transformed into a skeleton-only figure that was far more massive than the Colossal Titan. 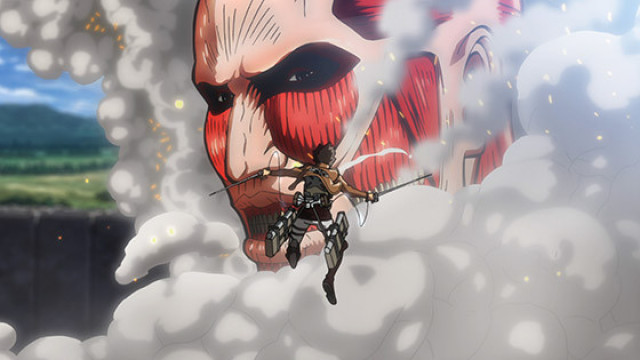 Among the successive Founding Titans, Ymir, the founder, was by far the largest. Based on the descriptions in the movie, it is estimated to be about 200 meters in size. The Super Colossal Titan is about 60 meters, so you can see how huge it is. However, there is only one Titan that is bigger than the 200 meter class Ymir. That’s Eren in his final form after activating the “Ground Control”. It’s no longer possible to measure how big he is, but he’s probably more than twice as big as Ymir. In other words, Eren is the biggest Titan in Attack on Titan. 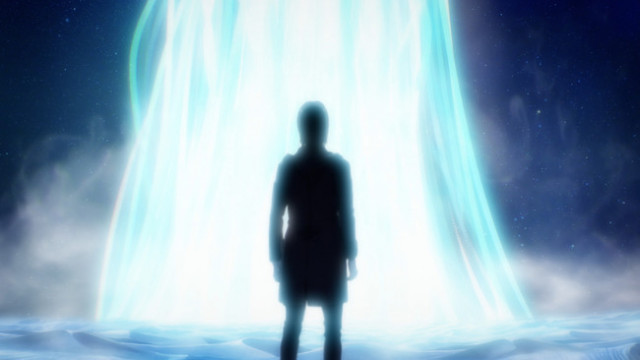 Ymir the founder becomes a Titan! Devoured by his child: ……

One day, Yumir, a slave girl serving the first King Fritz, encountered an ancient creature and gained the power of the “Founding Titan”. Ymir then gave birth to three of the king’s children and died for him. Ymir’s power was passed on to his three daughters who ate her corpse and passed it on to Ymir’s people.

About 1,900 years later, the Founding Titan, King Carl Fritz the 145th at the time, was heartbroken by the horrific struggles caused by the power of giants. In order to put an end to the Titans’ war, he decided to move to Paradis Island and live within the triple walls. Under the “covenant of non-war” by King Carl Fritz, a false history and a tentative peace continued on Paradis Island.

On the other hand, Grisha Jaeger, who believes that there is no future for humanity within the walls as long as the Wraiths, the descendants of King Fritz, possess the Founders, plans to take them. Using the power of Attack on Titan, Grisha defeated Frida Wraith, the eldest daughter of the Wraith family, who possessed the Founding Titan, and for the first time since the triple wall was built, someone other than the royal family inherited the Founding Titan. 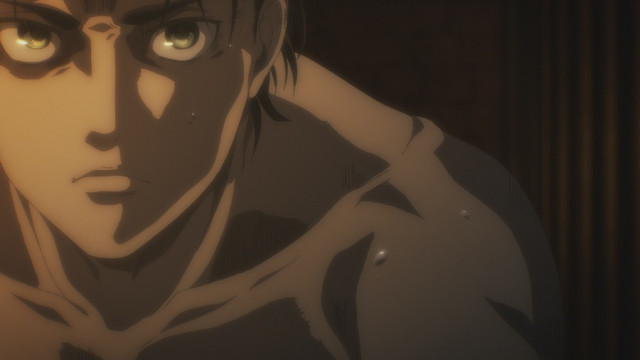 Eren has inherited the Founding Titan from Grisha. As he gets closer to the secret of the Titans, he makes contact with his half-brother Zeke. He is a warrior of Male and has the blood of the royal family of Eldia. By fighting together with the royal blood, Eren is able to use the true power of the Founding Titan. And finally, in order to protect the people of the island, he invoked the “groundwork”. Eren’s attempt to annihilate the world outside of the island was finally defeated by Mikasa. The power of all Titans was then extinguished along with the Founding Titan.