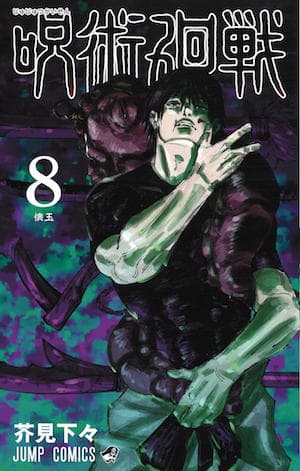 The first anime season of “Jujutsu Kaisen” aired from October 2020 to March 2021, and the movie version is currently in theaters, opening in a blockbuster release on December 24, 2021.

In this issue, we will discuss the latest information on Jujutsu Kaisen, whose popularity continues to grow, including spoilers.

First, here is the latest news about the anime.

The second season of the TV anime will air in 2023! has been officially announced.
This is the only information that has been announced at this time. We can’t take our eyes off of the upcoming news, as we don’t yet have specific information on the cast or when in 2023.

|FushiguroTouji, father of Fushiguro Megumi, appears in the second season of the Jujutsu Kaisen anime.

Next, let us predict the contents of the second anime season.
The first season ended with episode 63 of volume 8 of the comics, where Todo and free 1st class jutsu master Meimei from the Kyoto school recommended 5 students, 2nd year Maki and Panda, and 1st year Fushiguro, Kugisaki, and Torajo, to become 1st class jutsu masters.

The second season begins with the continuation of this story (Vol. 8, Episode 64), and shortly after the second season begins, we enter the Kaitama-hen, the story of Gojo and Natsuyu’s time at the technical college. This story is one of the most popular in the series, and many fans have been waiting for the anime adaptation.

A new character to be introduced in the Kaiyoku version is FushiguroTouji (Zenin Touji). He is Megumi Fushiguro’s father and is from one of the three Zenin families.

He is the owner of the “natural gift of spell binding,” which means that he has amazing physical ability, extremely keen senses, and high resistance to spells, but he has no spell power at all. While he is very strong in battle, he is also a pimp who spends his daily life in a random life, moving from place to place with women.

The battle scene between FushiguroTouji and Gojo Satoru is one of the highlights of the Kaitama version.

Amidst the excitement of the decision for a second season of the Jujutsu Kaisen anime, many voice actor predictions for FushiguroTouji were also flying around. Here are some of them.

The first one is Kazuya Nakai. Nakai-san is a voice actor who has played many popular characters such as Roronoa Zoro from “One Piece”, Hijikata Jushiro from “Gintama”, and Date Masamune from “Sengoku Basara”.

Many people on the Internet said that he perfectly fits the character image of FushiguroTouji, who is cool and rough, very strong in battle but leads a shabby pimp’s life, which is a gap between the two.
Nakai’s low, austere, slightly croaky, and sexy voice fits the exquisite gap in FushiguroTouji’s image, don’t you think?

It is thought that Ms. Miyano’s ultra-low voice will fit the cold-hearted atmosphere of FushiguroTouji, who seems to be by any means necessary.

Among the many names that have been mentioned on the Internet in numerous predictions, I personally found this to be the most surprising.

|What are some online predictions for FushiguroTouji’s voice actor?

In addition to Mr. Nakai and Mr. Miyano, many other names were mentioned in the predictions for FushiguroTouji’s voice actor. Here are some of them.