What is the anime, Aharen-san cannot be measured, which will be aired from April? 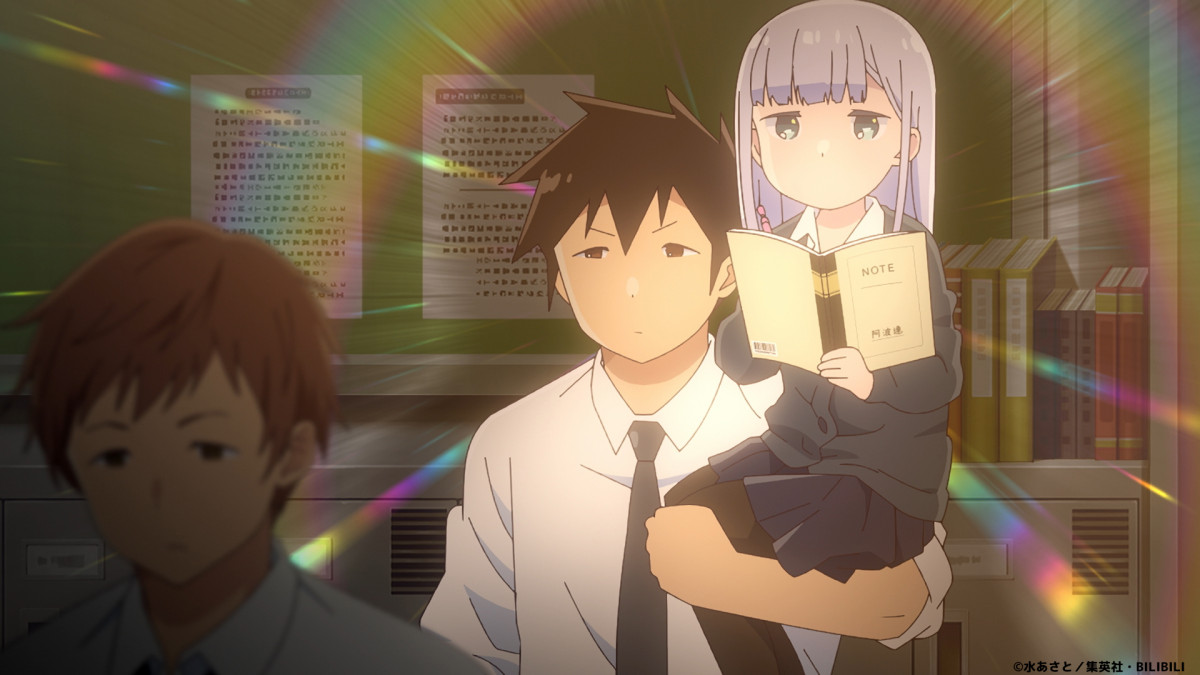 Aharen-san cannot be measured is one of the fall anime that will air in April and is serialized in Shonen Jump+. Recently, more and more works serialized in Shonen Jump+, such as Astra of the Beyond and Harem of the End, are being adapted into anime, and this work is one of them. In this article, I would like to introduce what kind of work Aharen-san cannot be measured is, with spoilers!

|What genre of work is Aharen-san cannot be measured?

The genre is school, romantic, and heartwarming daily comedy. The main character, Raido, is a high school student, and the girl sitting next to him, Aharen Reina, is a girl who is not very good at measuring her distance from others, and her inability to do so is a bit out of the ordinary. She is like a capricious cat, but she is just not very good at measuring distance. Aharen is just not good at keeping her distance.

|The ecology of Aharen Reina, the heroine and protagonist of Aharen-san cannot be measured

Aharen is a girl with silver, semi-long hair and sits next to the main male student, Raidou. She is petite, expressionless, and silent, and at first glance it is hard to tell what she is thinking. In fact, Raidou, who sits next to Aharen, never responded to her until she picked up an eraser that Aharen had dropped.

However, once you let your mind go, it blows the process out of the water and brings you physically closer. Very close! Even though they are not very close, they get so close to each other so snugly that you would think they were throwing characters from a gaming game. Moreover, they apply pressure without saying a word. Many people may find Aharen’s expressionless, non-speaking, familiarity uncanny. However, it does not mean that he does not really speak, but only that his voice is extremely quiet. He speaks just fine. He is just not very good at keeping his distance from other people.

I tried not to do so in high school, as I was a bit too familiar with them after a little involvement, as well as being expressionless and uncommunicative. However, since Raidou has cut both ways that he doesn’t really care, he will continue to live his school life with an odd sense of distance. Although he is a character who needs some nursing care, such as getting stuck or falling asleep at the slightest thing, he is actually a high-spec character with various talents.

A man with a weird imagination.

Whenever Aharen does something, he has an outlandish imagination that takes him in an unexpected direction, but it is usually a misunderstanding, and by the end of the episode, he realizes he is wrong. She is very caring and watches over Aharen’s behavior, sometimes helping and caring for him. She is the caregiver for Aharen, but inside she is actually a clunker who is not good at many things, the opposite of Aharen.

Aharen is a fighter.

This is the figure that Aharen has posted, for some reason in tatters. Seeing this, Raidou mistakenly believes that Mr. Aharen has been in a fight to the death with a student from another school in a fight. And he thinks he will be killed as it is, but …… correct answer is that he was just bumping around all over the place because of the trash in his eyes. But I’m not so sure about that. ……

Did I kill Ms. Aharen?

When Raidou was paired with Aharen for gymnastic exercises, he pushed him as hard as he could, but the sound was so bad that he killed him and I imagine it will be in tomorrow morning’s paper. In fact, that was not the case; Aharen was just soft in body.

Aharen turned away and did not face us. Seeing Aharen looking out the window all the time, I mistakenly believe that he is reluctant to see me because of the pain caused by the sudden transfer of his parents to a new school. But it was simply that he had slept wrong and couldn’t turn his head. The misunderstanding is cleared up in one page.

|And the rest of the characters are full of personality and weirdness!

Aharen’s childhood friend and a girl with a stalker’s temperament. She is concerned about Aharen, but she is too shy to talk to him properly, so she hides behind the ceiling or in the shadows. At first, she is hostile to Raidou, thinking that he is an evil person who is trying to drag Aharen down with him, but she soon clears up her misunderstanding. Since his family runs a barbershop, he is skilled with blades and is actually quite a versatile character.

A large dog kept at Aharen’s house. When Raidou sees Aharen on a walk, he watches over him, unable to talk to him because he is not good with large dogs, but he is a very capable large dog that can perfectly care for Aharen, who is somewhat out of his element. He always follows Mr. Aharen and even carries him home on his back when Mr. Aharen falls asleep.

A brown-skinned gal who transferred to Aharen’s class. At first glance, she may appear to be a super sunny person, but inside she is a very shy person with a tendency to be a loner. She is not very good at getting into a circle of people, and she is a super communicator, thinking that she is not welcome. In fact, he and Aharen and Mitsuki Oshiro have known each other since childhood and went to the same school.

A teacher who will be Aharen’s and Raido’s homeroom teacher from the second grade. He also appears frequently before that. He is in charge of ancient literature and is good friends with Mr. Miyahara, their homeroom teacher in the first grade. He is a history buff, and when he sees something “ahare” or “okashi” he gets emotional and vomits blood, so people think he has a weak constitution. He is considered frail and weak, especially Raido and Aharen, and perceives them as dangerous. He is an otaku who dies when he sees something precious. A character like A00ness Digital (Uma Musume).

A handsome friend of Raidou’s. And his childhood friend. Ishikawa is a good friend character, but he is completely unfazed by Raido and Aharen, whom he finds a bit abnormal. Mr. Sato is such a childhood friend of Ishikawa.
He thinks the relationship between Raido and Aharen is a bit strange, but is puzzled by Ishikawa’s complete lack of concern for them. However, she tries not to show her upset because she loves Ishikawa and believes in being normal.

|And the romance factor!

This work is a heartwarming school romance comedy, so there is also a heartwarming romantic element. The distance between the two is strange to begin with, and they may already be halfway through a relationship. It is not until around volume 7 of the comic that they finally start dating. Neither of them change their facial expressions, which makes this romantic comedy a bit surrealistic, but there are heartwarming moments.