Three reasons why “SPY x FAMILY” is expected to be a big hit. 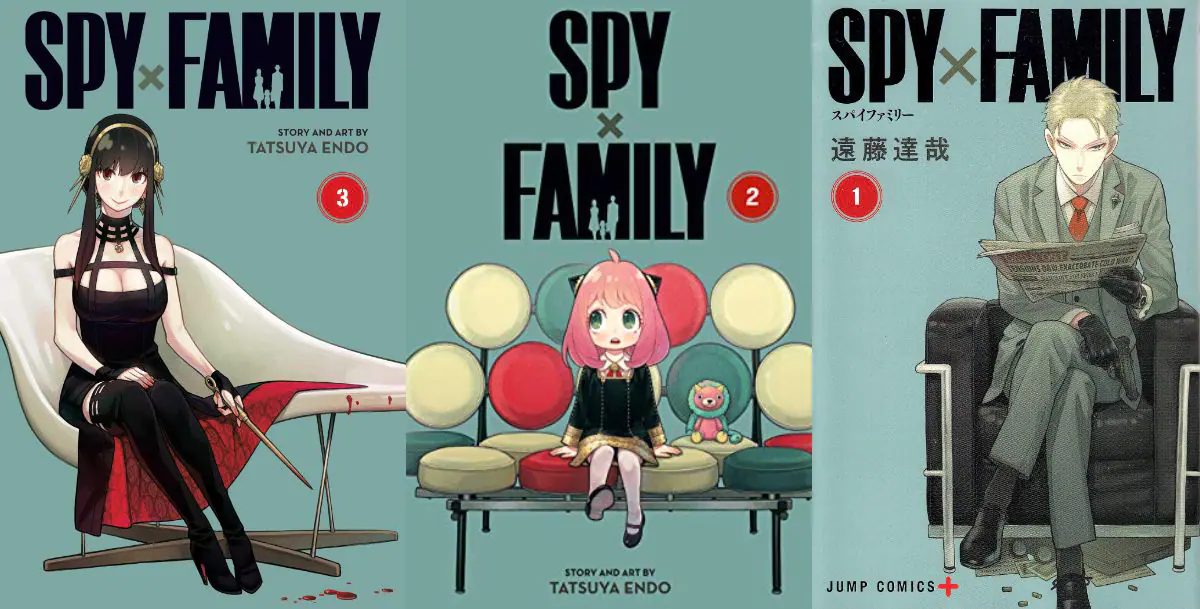 SPY x FAMILY” has sold more than 10 million copies in total for the first time in its serialization on the manga magazine app “Shonen Jump +,” which started its service on September 22, 2014.

The anime version is scheduled to air on TV Tokyo from April 9, 2022, and is expected to garner even greater attention.

Among the manga/anime works that have exploded in popularity over the past few years are “Blade of Oni-Elimination,” “Jutsu Kaisen,” and “Tokyo Revengers,” and this report will examine whether “SPY x FAMILY” will be as popular as these works.

|A home drama with a tense atmosphere

The most skilled spy in the West, “Codename: Tasogare”, is assigned the mission to investigate the disturbing movements of a key figure in the East, “Donovan Desmond”. However, in order to get close to Desmond, he must go undercover at the prestigious school his son attends, which requires him to have his own children and a wife.

A spy, an assassin, and a psychic are woven together in a chaotic family drama, with the added condition that they are not allowed to know each other’s identities. While the tension between the three is high as they try not to reveal their true identities in order to build a happy family, the pure Anya makes an outlandish comment, and the somewhat out of character Yeol engages in unpredictable behavior.

The tense atmosphere in the Forger household is broken like a balloon bursting, and the audience can’t help but laugh. The fast-paced, repetitive interactions between the Forger family members, presented as images, are highly dramatic and addictive enough to make you want to watch it all at once on your subscription service.

In addition to the comedic elements created by the novel situations, the modern atmosphere of the work as a whole is an indispensable part of its appeal.

The worldview of the work is created by the clothes worn by Lloyd and Yol, the cityscape of the school Anya attends “Eden School,” and the mid-century furniture depicted with the characters on the cover of the comic book. The collaboration between the French fashion brand Dior and “SPY x FAMILY” is an event that symbolizes the work’s modern atmosphere.

The film also depicts the way the girls struggle to be honest with their father, the way they are aware of the opposite sex but are unable to be honest, and their desire to be accepted by their father. The cuteness of Anya and the other clumsy and innocent children is sure to capture the hearts of many people.

The atmosphere of the film is created by the BGM created by “(K)NoW_NAME,” the music producer of the anime “Dorohedoro,” and the cute children are portrayed by Kazuaki Shimada, who worked on “The Promised Neverland,” and Kyoji Asano, who worked on the anime “Shinkage no Kyojin,” both of whom served as chief animation directors. It is expressed through animation. The modern atmosphere and cuteness of the children reflected as animation is expected to attract a wider range of fans.

|Elements to be a “hot topic” glimpsed in the PV

In addition to the addictive comedic elements, the modern atmosphere of the work as a whole, and the cuteness of the children, the action scenes featuring the spy Lloyd and the assassin Yol and his friends are probably one of the reasons why this shonen manga is popular among readers.

The PV released before the start of the anime broadcast depicts a scene in which Lloyd and Yol fight, which shows the high quality of the manga.

Jutsu Kaisen” and “Tokyo Revengers” were also described as anime works with outstanding action scenes that captivated many viewers. Along with entertaining episodes that make viewers want to watch them over and over again, and points that capture the hearts of a wide range of viewers, the high quality of action scenes is a necessary piece for anime works to generate a great deal of buzz.

In the past few years, we have seen anime works, such as “Blade of the Demon,” which will begin airing on TV in 2020, create a social phenomenon. What kind of buzz will this work, which attracted attention even before it was made into an anime, generate in 2022? We look forward to the spotlight being shone more heavily on the three men who act in secret.