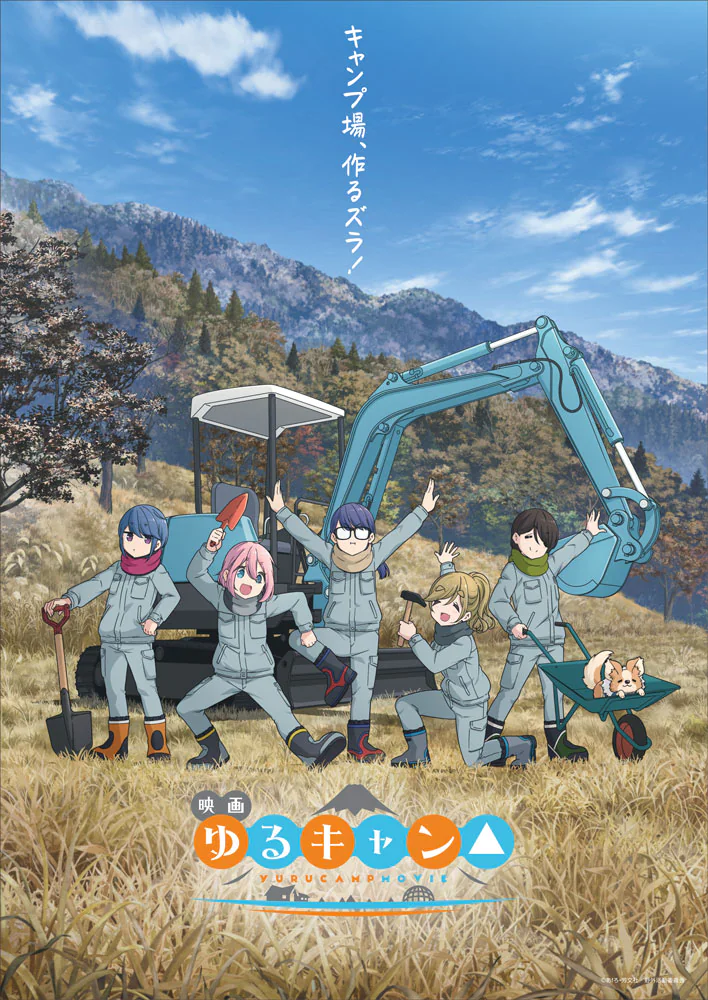 A special report on the movie “Laid-Back Camp △” based on Afro’s original work, the second teaser visual, and the further grown Kakamigahara Nadeshikora’s visuals have also been released.

The teaser finally reveals a part of the story. Rin Shima walking in a suit and Nadeshiko working at an outdoor equipment store are projected, and the story begins with Rin’s words, “If it’s such a large site, you can go to a campsite.” Nadeshiko, Rin, Chiaki Ogaki, Aoi Inuyama, and Ena Saito, who had spent their time in each place as adults, reunited and struggled to create a campsite. The teaser visual depicts five people and one who pose in front of heavy machinery, along with a catch phrase of “Campground, Making Zura!”.

The profile of the character who grew up from the TV series is also released. It is clear that Nadeshiko works as an editor at an outdoor equipment store in Tokyo and Rin works as an editor at a publishing company in Nagoya. After getting a job in Tokyo, Chiaki changed jobs to the Tourism Promotion Organization in Yamanashi Prefecture. It was reported that Aoi worked as a teacher at an elementary school in Yamanashi, and Saito was away from his dog Chikuwa and was doing a trimmer at a pet salon in Yokohama.