“My Hero Academia” is finally coming to an end! Considering the view of heroes that deny self-sacrifice 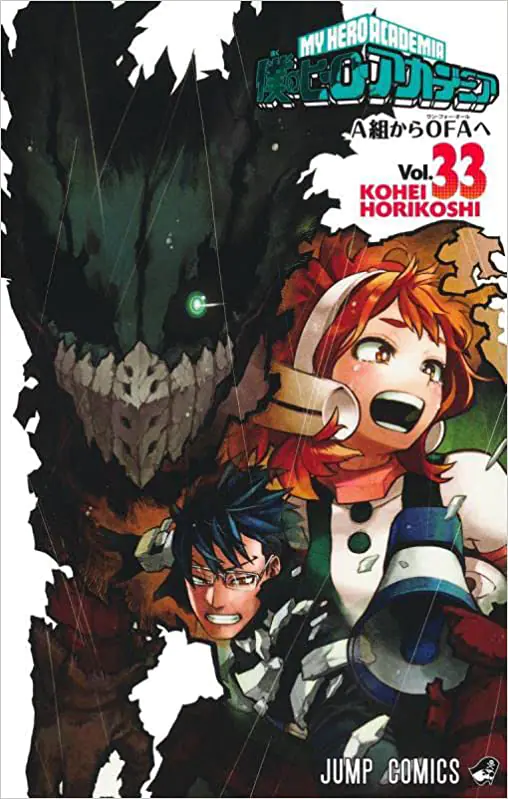 The serialization of “My Hero Academia” (Shueisha, hereafter “Hiroaka”) is finally coming to an end.

This work, serialized by Kohei Horikoshi in Weekly Shonen Jump, is a hero manga that successfully incorporates the taste of American comics such as “Spider-Man” and “Batman” into the world of battle manga with a school drama taste that Shonen Jump is good at. is.

The stage is a superhuman society where the work of a hero who cracks down on villains (enemy) with a paranormal ability called “individuality” is firmly established as a public duty. The main character, Deku (Izuku Midoriya), was a boy with no individuality, but he inherited the individuality “One for All” from the number one hero, All Might, and is a hero of a new era. Will play an active part as.

The story is a magnificent scale of the battle with the villain who is aiming to overthrow the society while Deku who entered the hero department of Yuei High School aiming to acquire the hero qualification grows while working hard with his friends in the hero department. It is expanded in.

From the end of the 31st volume, it is called “The Final Chapter”, and the final battle between Villain and Deku and his heroes, led by Izuku Midoriya, is in progress.

There is spoiler below.

Concerned that Shigaraki Tomura would take away the personality of “One for All,” Deku decides to escape from Yuei High School and fight without involving his friends.

With the support of top heroes such as All Might, Hawks, Best Jeanist, and Endeavor, Deku defeats villains who are rampaging in the city one after another.

However, the police were chased by the response of the villain who escaped from the prison, and the city was in a chaotic state. While the remaining civilians become vigilants and the authority of the hero is lost, Deku continues to fight as a hero, but because his sense of responsibility is too strong, he loses his spare time and closes his heart. Eventually, he refuses his master, All Might, and goes out of control trying to fight alone.

Deku is depicted as a character who is willing to sacrifice himself, and by activating a huge personality that he cannot control, scenes of pursuing serious injuries to his fingers and arms have been repeatedly depicted. It’s a beauty as a hero, but the development up to the first volume depicts the anxiety that the beauty is heading in the wrong direction.

In the latest issue, Volume 33, a scene is depicted in which classmates and Deku who are trying to bring back such Deku collide with each other’s feelings.

What is clearly set out there is the view of the hero of “Hiroaka”.

Shoto Todoroki said, “Please share that responsibility with us,” and Tsuyu Asui said, “If you’re like a comic hero,” “Group A (us),” and “fictitious alone.” “I can’t let you go” is symbolic, but “Hiroaka” denies the self-sacrifice of a solitary hero.

It is the production that makes you cry that Katsuki Bakugo plays the most important role there. The bomber was a childhood friend of Deku and looked down on Deku with “individuality” and was bullying him. However, the bomber confesses that he had a strong complex with Deku and was trying to “get an edge by denying it.”

A bomber who spits out all the feelings he had held up to now and apologizes for “Iku” and “I’m sorry”. The scene where Deku and the bomber talk is depicted as an image shot of the two from childhood to the present. This may be an expression that Deku accepts the feelings of the bomber who tries to convey his feelings with all his heart. While developing the theory of heroes, the feeling of caring for friends is strongly conveyed in the end, which is truly like “Hiroaka”.

After that, Deku returns to Yuei High School with his friends. However, civilians evacuating to school reject Deku for fear of being involved in the battle with the villains. Then, after explaining Deku’s feelings, Reiji Ochako appeals to the civilians, “Only the hero can be smeared with mud !!” and “Please give me time to remove the mud !!” The relationship between civilians is being strongly emphasized.

What is important here is that the dialogue between the hero and the civilian is depicted, rather than unilaterally imposing the “protect / protect” relationship. This motif of “dialogue” has also been drawn repeatedly in this work.

The scene of redefining “what kind of existence should a hero be?” In “Hiroaka” appears repeatedly in Volume 33. Although it is a little difficult to discuss as a shounen manga, it has been dropped so that even boy readers can understand it by drawing it as a human drama that is close to each person’s emotions. In the end, the appeal of “Hiroaka” as a shounen manga is that the impression that Deku was accepted by his friends and citizens outweighed the “hero theory”.