What happens to Hitch in the final episode of Attack on Titan? Thorough explanation of the relationship with Marlo and Ani. 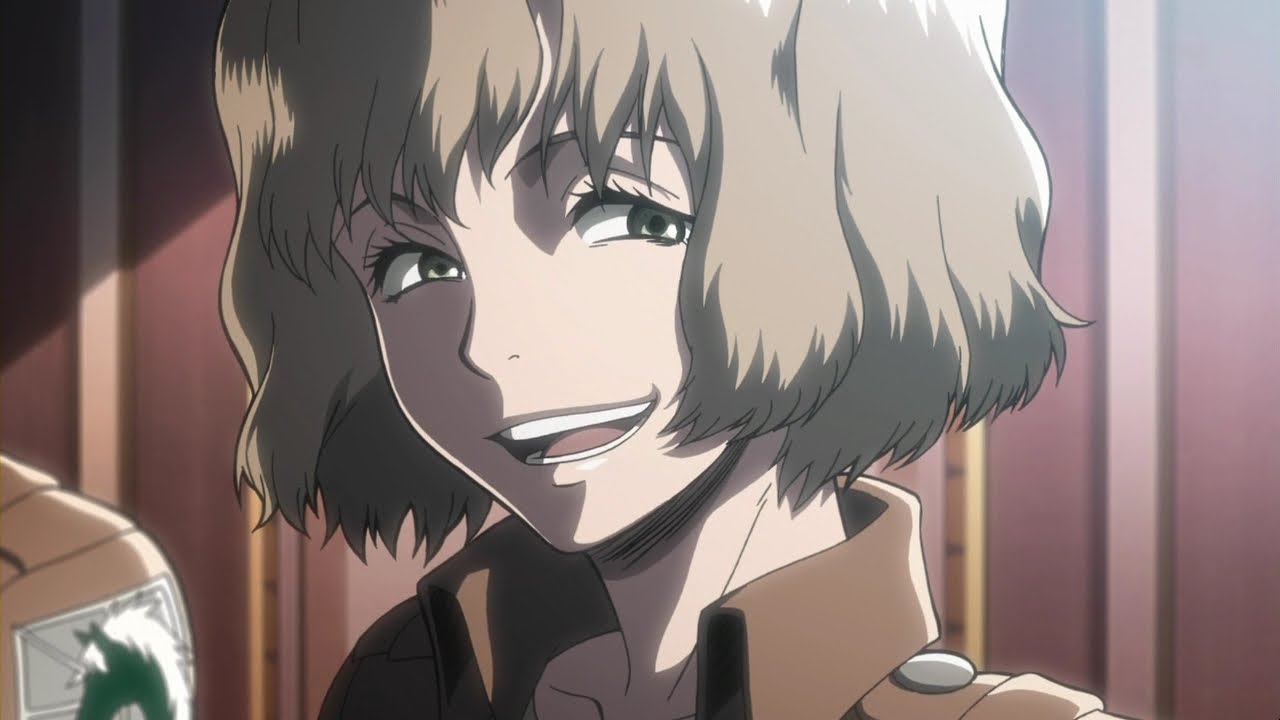 Hitch Doris is a character from the work “Attack on Titan” by Hajime Isayama and reappeared in the anime “Attack on Titan final season”. This article will discuss her relationship with Ani and Marlo, as well as her survival status as of the final episode. *This article contains spoilers for Attack on Titan, so please use caution when reading.

|Profile of Hitch from Attack on Titan

Hitch appears as one of the same military police as Annie! What is your impression?

To his roommate Annie, who arrived late in the line of recruits, he said, “I’m finally getting up. I couldn’t wake you up because I was afraid of your …… sleeping face,” was Hitch’s first appearance. Coupled with his expression, it is clear that he is quite cynical. Like Ani and Marlo, Hitch has been assigned to the Military Police branch in Stohess District as a recruit. He applied for the Military Police because he “yearned for a carefree life in the inner city,” and he was aware that the Military Police was a corrupt organization. Beside the serious Marlo, who was indignant when he saw his superior officers forcing Marlo to do his work and indulging in drinking and fun, he said, “It’s true that …… this organization is even more corrupt than I imagined. Well, that’s why I chose it,” he also said.

|What is your relationship with Ani and Marlo, your fellow members of the Military Police?

Hitch and the other new recruits, who are assigned to escort the Scout Regiment to the Royal Capital, are caught in a battle between the Female Titan and a Titan transformed by Eren in the city center of Stohess District during their mission. Hitch is angered that so many citizens were involved and sacrificed in this battle. He showed his unexpected side one after another, denouncing this to Levi and worrying about Annie’s disappearance from this battle. It was also at this time that Levi informed him that Annie was the female-form Titan, which came as a great shock to him.

Were you and Marlo in love with each other? Explanation of its description.

Although Hitch and Marlo seem to be polar opposites in terms of personality, Hitch tactfully defends Marlo, who is too serious, on many occasions. He also desperately tried to persuade Marlo to join the Scout Regiment, which has a high mortality rate, and it was clear that he had feelings for Marlo. However, Hitch’s feelings for Marlo were not enough, and Marlo was killed in action during the operation to retake Wall Maria. Marlo, who was prepared to die, thinks of Hitch’s happy sleeping face, hoping that he is still sleeping now. Perhaps he realized at the moment of his death that Hitch was the most important person in his life. On the other hand, the flower that Hitch had arranged for Marlo, who had gone off to war, was a purple anemone. The flower’s motto, “I believe in you and will wait for you,” suggests that Hitch was waiting for Marlo’s return.

Reunion and Farewell to Ani

In the Mare version, Hitch was also in charge of monitoring Ani, who continued to sleep in the crystal. In this role, he talked to Annie about the world situation and his complaints, and in fact, it seems that Annie was listening to him. When the “groundwork” was triggered by Eren, Annie was revived and decided to help him escape if he would leave the city. While riding his horse, Hitch hears from Annie about her background and her thoughts and regrets to date. When Hitch returns after buying a pie at a stall to eat, he finds that Annie has disappeared, leaving a note that she is going to join Armin and his classmates, whom she met there by chance. Hitch’s lonely appearance is impressive as he puts down the pie and mutters, “I can’t eat it all by myself. …… After waking up, Anni thanked Hitch in a letter, “Thank you for talking to me for four years. Although they were in different positions and under different circumstances, it seems that a solid friendship had grown between them.

Survival in the last episode?

In the final episode of the original film, we see what happened to Hitch, although only in one panel, and we know that he survived. Three years after the “Battle of Heaven and Earth,” the Eldia nation is rapidly expanding its military in retaliation for the “Earth Shaking. Hitch is apparently in a position close to the center of the Eldian nation, and is among those who pump their fists in the air at a rally to raise war spirits. However, upon closer inspection, one of them is yawning and raising his hand, a clear indication of Hitch’s character.

Hitch is voiced in the anime by voice actress Akino Watanabe, known for her roles as Mutsu in “Gintama” and E Matsuoka in “Free! When he reappeared in the final season, his voice was lower and it was thought that the voice actor had changed, but it seems that this was due to the character’s growth; Akeno Watanabe has voiced Hitch from season 1 in 2013 to the final season in 2022.

|Hitch is a character that becomes more appealing with each installment.