Classroom of the Elite’s Megumi Karuizawa has a sad past! Also about her relationship with Yosuke Hirata and Kiyotaka Ayakoji. 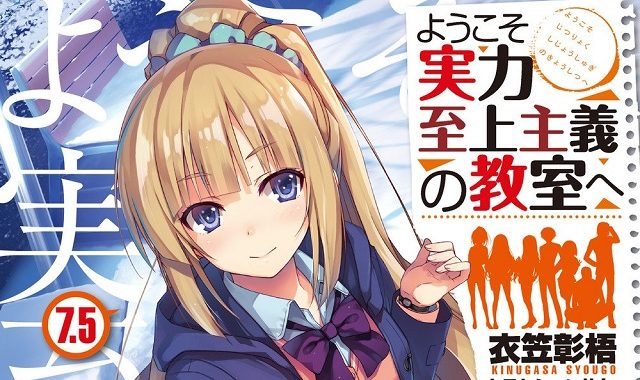 Megumi Karuizawa appears in “Classroom of the Elite.”
She is the highest ranked girl in the D class caste and is also the leader of the girls’ group. She has cute looks and a cheerful personality.
She is also in a relationship with Yosuke Hirata, the center of the D class, and is looked up to by everyone around her. However, it is known that Karuizawa has had a painful experiences in the past.
Megumi Karuizawa’s past is explained. We also summarize the relationships between Karuizawa and Yosuke Hirata, and between Karuizawa and Kiyotaka Ayanokoji!

Megumi Karuizawa has a gal-type atmosphere.
In Class D, she is highly popular along with Kushida Kikyo. Although she does not stand out so much in her studies or athletics, she is able to make exquisite judgments in important situations, showing that she is quick-witted. She is quick-witted. “I am not a great person,” she says. But I’m the only one who can do it, right?

Since then, Karuizawa Megumi has been

They experience bullying such as those.

In addition, Karuizawa is

and other unimaginable middle school activities.
Karuizawa’s stomach even still bears the marks of the blade. His life must have been in danger. The bullying he received in junior high school remained a traumatic experience in Karuizawa’s mind even after entering high school.

|Is the relationship between Megumi Karuizawa and Yosuke Hirata a fake couple?

By dating Hirata, she is at the top of the caste.

Soon after entering Advanced Training High School, Karuizawa began dating Yosuke Hirata, another D class student. Karuizawa saw Hirata’s qualities as a leader, and by becoming a couple with Hirata, he established himself at the top of the class caste.

For Hirata, too, Karuizawa, who was being bullied, was the object of his “need to help. This is because Hirata turned a blind eye to the bullying of a childhood friend, a boy named Sugimura, when he was in junior high school.
Sugimura attempted suicide and is now brain dead. This incident inspired Hirata to want to help someone else.

Then, after entering high school, Hirata heard from Karuizawa about the bullying and helped Karuizawa by going out with him.

Karuizawa and Hirata are a fake couple.

There is no romance between Karuizawa and Hirata.

Because their interests matched, they began dating as a “fake couple.

Both were attractive women and men, and it would seem that spending time together would bring about feelings of affection, but no affection developed between Karuizawa and Hirata.

Broke up in the third semester of the first year.

Karuizawa and Hirata will break up in the third semester of the first year.
Since they were originally a fake couple, it is not appropriate to call it a breakup, but still, the announcement in class created an atmosphere of commotion around them. The truth is not known, but it was in Karuizawa that they broke up.

However, even though they broke up, Hirata seems to have the intention of helping Karuizawa if she is bullied in any way.

This section describes the relationship between Megumi Karuizawa and Kiyotaka Ayanokoji.

Furthermore, Ayakoji told Karuizawa, “I will protect you from bullies from now on,” and began to subjugate Karuizawa and use him as his collaborator.
Karuizawa has always been smart, so he was an easy frame for Ayakoji to use.

Karuizawa’s secret is sometimes revealed to Ryuen, a C class student, but Ayakoji beats him up and Karuizawa is saved.

After being saved from Ryuen, Karuizawa’s love for Ayakoji begins to grow in her heart.
Ayakoji, who was aware of Karuizawa’s feelings, confessed them to Karuizawa at the end of the first year.
Karuizawa and Ayakoji thus begin dating! This development was quite unexpected!
However, since they have not announced that they have started dating, they exclusively date at home.

The only person who was aware of Karuizawa and Ayakoji’s relationship was Maya Sato, who experienced a double date during the winter break.

We explained Megumi Karuizawa’s past and her relationship with Hirata/Ayanokoji.