Who is the model for Director AOASHI Fukuda Tatsuya? About his current position, injuries and ambitions. 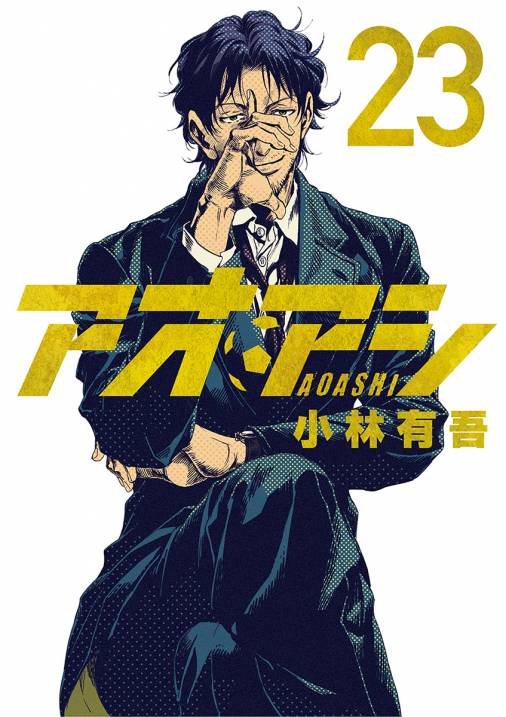 Fukuda Tatsuya is the director of Esperion Youth in AOASHI. Although Fukuda has a gentle appearance, he was a player of the Japanese national team during his active career. At the same time, he is a man who has known great setbacks.
Does such a Tatsuya Fukuda have a model?

In this issue, we will introduce the profile of Director Fukuda Tatsuya and then explain the following three points.

Tatsuya is the director of Esperion Youth.
Although his stubble-bearded appearance gives the impression of being disheveled, he is extremely talented as a leader.
He is trusted by many players, including Haruhisa Kuribayashi, who is regarded as the best Esperion Youth player.

Scouting for Asito Aoi in Ehime

When returning to his hometown in Ehime, Fukuda happened to spot Asito. Noticing that Asito has the ability to look overhead, Fukuda invites Asito to join the selection process. This led to Asito joining Esperion Youth. If he had not been approached by Fukuda, Asito might have continued to play forward at his local high school and not been able to take advantage of his ability.

|Who is the model for Director Fukuda Tatsuya?

According to Yugo Kobayashi, the author of “AOASHI,” Fukuda Tatsuya has

They say that there are

Each will be explained.

As a player, Fukuda Tatsuya has been strongly influenced by the life of former soccer player Kenji Fukuda. Kenji Fukuda, who started playing soccer in the second grade of elementary school, joined Nagoya Grampus Eight from Narashino High School in 1996, and in 1997 participated in the World Youth Team, scoring once against Costa Rica.

He later played for FC Tokyo and Vegalta Sendai before going on to play for teams in Paraguay, Mexico, and Spain, retiring in 2016 and now working as a technical director for Yokohama FC.
Fukuda Tatsuya and Kenji Fukuda have this in common.

Model as a leader: Tatsuma Yoshida

Fukuda Tatsuya’s model as a leader is Tatsuma Yoshida, the former Kashiwa Reysol coach. Tatsuma Yoshida played for Kashiwa, Kyoto, and Yamagata during his active career.
After retiring, he became Kashiwa’s lower organization coach and was in charge of training the younger generation.

In 2015, he became the coach of Kashiwa Reysol, but was dismissed due to lack of results in the J-League.
At Reysol’s lower organization, he established the concept of “attacking soccer where we keep the ball ourselves” and focused on the development of young players.

That is exactly how Fukuda Tatsuya’s five-lane football has influenced him.

|Explanation of Fukuda Tatsuya’s active career, including positions and injuries

Midfielder in his active career

Fukuda Tatsuya’s current position is midfielder. Although the details are unclear due to the extremely limited description of his time as a player, Fukuda joined Tokyo City Esperion after graduating from Tokyo Kokudokan High School, where he became a regular player at the age of 20.
He was also called up to the national team for each age group and was assigned important positions.

In the recollection scene, Fukuda is depicted scoring a goal, so it seems that he was an attacking midfielder.

At age 23, he moves to the Spanish League.

At the age of 23, Fukuda moved to the Spanish League, the world’s most prestigious league. That year, he made a major contribution to FC Sabadell, which had just been promoted to the first division, to remain in the league.
However, a serious injury prevented him from regaining his former brilliance, and after playing for second-division teams in Mexico and Paraguay, he retired at a young age.

Despite the difference between his high school and youth soccer background, Fukuda was a “precocious prodigy” who may have been like Haruhisa Kuribayashi in his later years.

In the first manga episode, Fukuda Tatsuya says to Asito, “I have an ambition. I will take over the world with the club I have created.
He also says, “I will crush Barca, Madrid, Manchester, Milan, etc.” In order to realize his ambition, Fukuda thinks that training (youth) is very important. To realize his ambition, Fukuda believes that youth development is important. Still, a Japanese club built by a Japanese man to crush the likes of Barcelona and Real Madrid is a dream come true!

What does “my ambition lies beyond” mean?

In Manga 205, during a conversation with Haruhisa Kuribayashi, Fukuda says, “My ambition goes beyond that. He says that his real ambition lies after making Esperion the best club in the world. What is Fukuda’s ambition beyond that! Is it for Fukuda himself to become the national coach and win the World Cup for Japan? The dreams are endless!