The trailer & story of the movie “Laid-Back Camp△” are released. Completion screening will also be held. 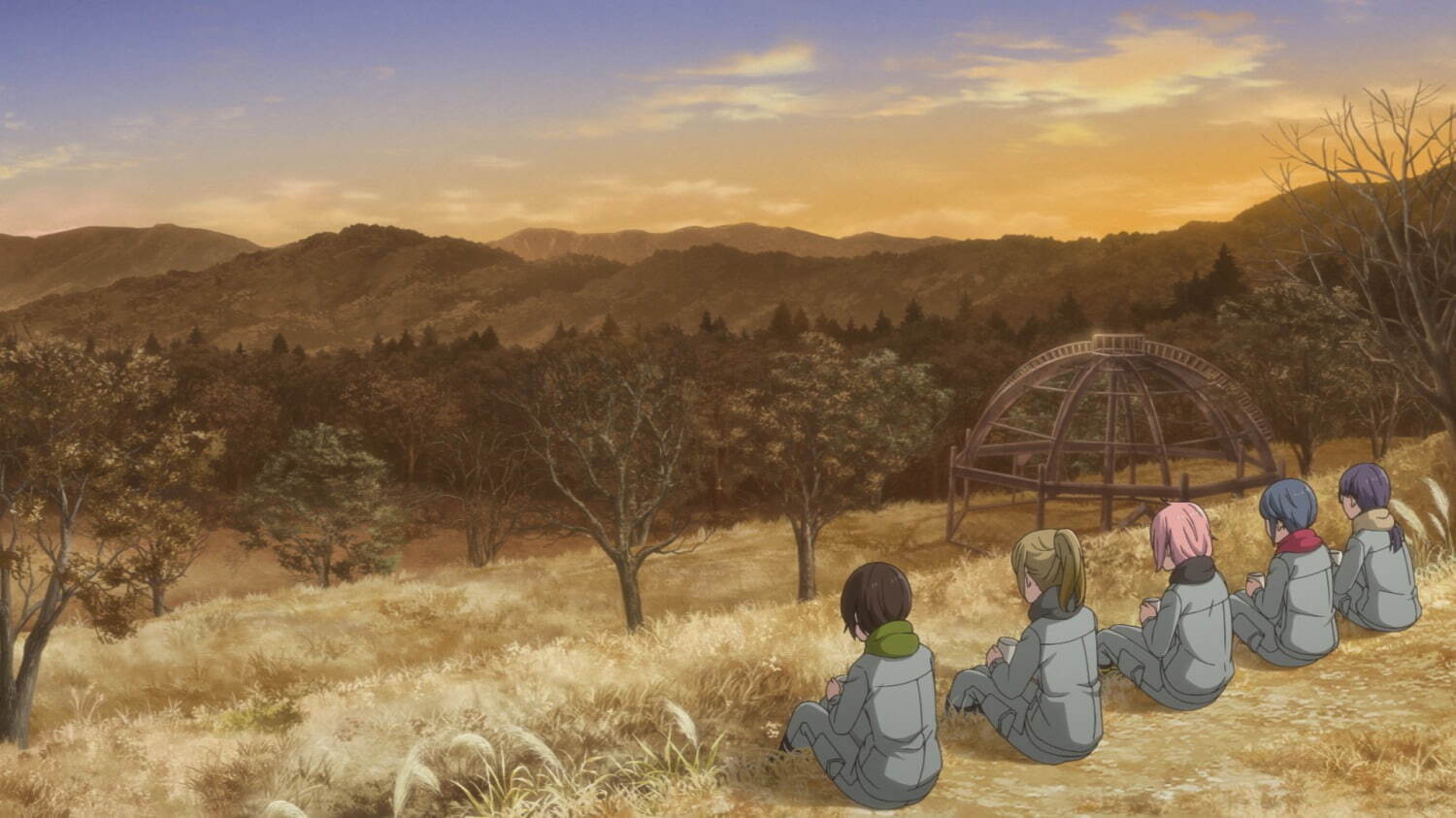 The trailer and story of the movie “Laid-Back Camp△,” which will be released in theaters on July 1, have been released, and a completion announcement screening will be held on June 19 with Yumiri Hanamori, Nao Higashiyama, Sayuri Hara, and Aki Toyosaki on stage. In addition to Shinjuku Piccadilly, where the screening will be held, live viewing will be broadcast at 15 theaters nationwide.

In the trailer released today, the five members reunite in their work uniforms, inspired by the words of Chiaki, “Why don’t you try making it yourself? The trailer shows the five members reunited in their work uniforms after Chiaki’s suggestion, “Why don’t we build it ourselves? They carefully cut the grass, hold planning and management meetings, and take on the challenge of building a campsite from scratch.

The film is filled with scenes reminiscent of the five members in high school, such as discussions in a cozy room that resembles an outdoor activity club room and scenes of them taking a breather while admiring the scenery. The film also features the appearance of Ayano Toki, Sakura Kakamigahara, and other essential characters from the TV series.

The completion announcement screening will be held at Shinjuku Piccadilly on June 19 at 15:00. Yumiri Hanamori, Nao Higashiyama, Sayuri Hara, and Aki Toyosaki will appear on stage before the screening. Tickets for this event will be sold through Lawson Ticket. Tickets are priced at 2,800 yen (additional handling fee is required). A souvenir will be included as an admission bonus. This privilege will be different from that of “Laid-Back Camp△ Volume 13.5”.

The stage greeting will be broadcast live at 15 movie theaters nationwide. The venues are as follows

The second Mubichiket with bonus tickets will also go on sale on June 3. There will be a total of five different patterns, priced at 1,600 yen. The bonus is the second original waterproof sticker (total 1 type).

This is a story that begins a little further in winter.
Shima Lynn has left her hometown of Yamanashi to work for a small publishing company in Nagoya, where she lives alone.
One weekend, while planning a touring trip, she receives a message from her high school friend, Chiaki Ogaki. I’m in Nagoya right now.”
Chiaki works for the Yamanashi Tourism Promotion Organization and was in charge of redevelopment plans for a facility that had closed several years earlier.
Lynn’s casual remark, “If it’s such a big site, why don’t you just turn it into a campground?

Lynn’s casual remark sets Chiaki in motion. Nadeshiko Kakamigahara works at an outdoor store in Tokyo, Aoi Inuyama is now an elementary school teacher in her hometown of Yamanashi, and Ena Saito works at a trimming salon in Yokohama. The former camp friends get together and start a campsite development project.

The curtain rises on an outdoor girls’ story in which five people connected by camping take on the challenge of what they can do now.