[Spy Family] Who is the Chief (Matthew McMahon)? What is his strength and what is his relationship to Yol? 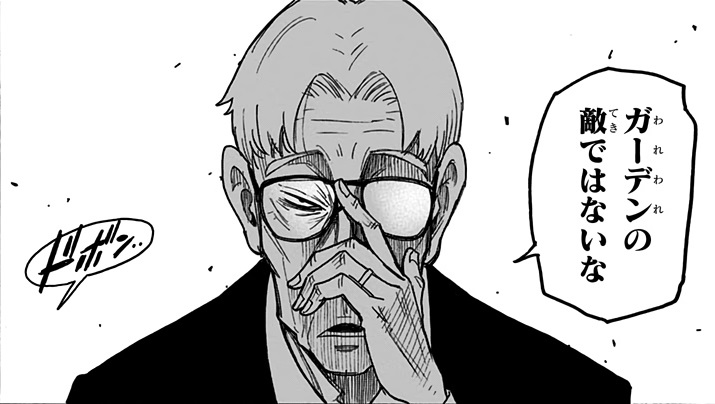 Have you ever heard of the Director (Matthew McMahon) in “SPY×FAMILY”? He is a leading member of the Garden with overwhelming strength and calm judgment, and usually hides his identity as an assassin while working as the head of the Policy Department of the First Bureau of the City Hall of Berlint, the capital of the Eastern People’s Republic, where Yol is working. Therefore, this article will summarize the director in “Spy Family (SPY x FAMILY)” with information on his profile, strength, and relationship with Yol.

|Who is the Chief of the Spy Family?

In SPY x FAMILY, our heroine, Yol. Yol works at the city hall of Berlint, the capital of the People’s Republic of the East, and the manager of the city hall is Matthew McMahon, who we will introduce here. Yol calls Matthew McMahon “Mr. Chief,” but what kind of relationship do they have? And what is the identity of the department head? Here is an introduction to the identity of the department head and his relationship with Yol.

Let’s start with the work information of “SPY x FAMILY”. SPY×FAMILY” is a surreal comedy manga by Tatsuya Endo. It has been serialized in Weekly Shonen Jump+ since March 25, 2019. It is also being broadcast as a TV anime on TV Tokyo and other TV networks, with the first course airing from April 9, 2022 to June 25, 2022, and the second course scheduled to begin airing in October 2022.

Here is a brief summary of the synopsis of “SPY x FAMILY”. Twilight, a highly skilled spy belonging to the Western Intelligence Service’s East Division (WISE), is assigned by the organization to Operation “Owl” (Strix). The mission was to create a fake family in order to contact Donovan Desmond, a politician who threatens the peace between East and West. So, Twilight began looking for an adoptive family under the name of Lloyd Forger, a psychiatrist…

Profile of the Chief (Matthew McMahon)

The chief in SPY x FAMILY is a man who works as the head of the Policy Department of the First Bureau of City Hall in Berlint, the capital of the People’s Republic of the East. He goes by the name of Matthew McMahon, a gentle old gentleman with a gentle manner. Yol, a key figure in the Spy Family, also works at the same City Hall as Matthew McMahon and thus interacts with him; Yol calls Matthew McMahon “Mr. Chief.”

The chief is a member of the Garden.

The organization is well known in the underworld and is something of a half-urban legend. The chief worked at City Hall while hiding his true identity as a member of the Garden, and he assumed the social position of “chief” as a form of camouflage.

The assassination organization “Garden” to which Yol and the chief (Matthew McMahon) of “SPY x FAMILY” belong is an organization shrouded in mystery, and as of volume 9 of the original manga, not much is known about it yet.

Personality of the chief

The chief, who identifies himself as a member of the Garden, is cold and ruthless as only a fierce underworld member can be. As such, he is a professional who is willing to eliminate obstacles and torture to accomplish the missions undertaken by the organization. He is also a craftsman who takes pride in being a member of the Garden, which has taken care of bandits in the People’s Republic of the East.

Strengths and abilities of the chief

Despite his advanced age, the chief is agile and highly capable of making good decisions. In addition, when he enters customer service, his impression of being just a lowly city hall employee changes completely, and his facial expressions, movements, and tone of voice change drastically. Looking at him in terms of potential ability, one gets the impression that he is not as strong as Yol, but the knowledge and experience he has accumulated over a long period of time, as well as the many training sessions he has had, are the chief’s strengths.

The relationship between the chief and Yol

As mentioned above, the chief and Yol are colleagues who work at the same city hall and are both members of the Garden. In episode 43 of the original Spy Family manga, there is a description of a single phone call at the city hall where Yol works, and he says, “Mr. Forger! Phone call!” and it is Matthew McMahon, the chief, who connects it to Yol.

The chief is in command of the mission and therefore leads Yol in overseeing the entire mission. He also sensed the guardedness of Yol’s heart and followed up firmly by saying the right words at the right time when necessary.

|Consider the garden to which the chief of the Spy Family belongs.

The assassination organization “Garden,” which appears in “SPY x FAMILY,” is an organization to which the heroine of this work belongs, but it is still shrouded in mystery even after the publication of the ninth volume of the original manga, and its appearances seem to be infrequent. With the appearance of the chief, the actual state of the organization is finally becoming clear. So, here is a discussion of the garden to which the chief of “SPY x FAMILY” belongs.

Purpose of the Garden

The assassination organization to which the chief belongs, “Garden,” is an organization that has been active in the People’s Republic of the East for many years. The organization does not accept requests for money, but rather has a pirate-like nature, dealing with traitors who are connected to the enemy and evil that cannot be judged by law.

However, it seems that he has some real power because he has been indebted to the boss of the Gletscher family before, and he is moving Yol and the chief manager by plotting to move Orca to the West so that he can live safely, as he is being targeted by an enemy organization that wants to destroy him. Incidentally, since no battle scenes have yet been depicted, we do not know how strong he is.

The next Garden member to appear in “SPY x FAMILY” is Yol, the feared “Thorn Princess. She boasts one of the highest combat and physical abilities in the Garden, and is strong enough to defeat almost all of the members of the assassin group by herself, even when surrounded by the group members of the assassin organization. In addition, despite his slender frame, he possesses overwhelming strength, so much so that he even surpasses Lloyd in terms of pure combat ability and physical strength.

Are there other members in the Garden?

Looking at the three members, Yol, the feared “Thorn Princess,” the manager who tests his skills against the overwhelmingly strong Yol, and the agile and judicious chief, one could say that the strength of the Garden as a whole is overwhelming compared to other organizations. So who are the other members besides Yol and his team? Perhaps one of the members is the man in the suit who was standing in front of the door when Yol went to the manager to confirm the details of his mission.

This is because the man says to Yol, “We have been waiting for you, Princess Thorn”. The fact that he knows Yol’s true identity means that he can only be a member of the organization. It is possible that new members will appear one after another as the identity and purpose of the Garden is revealed in the future.

|Spoil the success of the chief of the Spy Family.

The scenes of the chief’s activities in “SPY x FAMILY” give us a glimpse of the many ordeals he has gone through. He moves so much that we forget that he is an old man. Apparently, the assassination organization “Garden,” to which the chief belongs, is so strong that a single soldier can destroy a single company, which suggests that the chief’s strength is also commensurate with his age. Let us now look at the actual scene of the chief’s activities.

Spoiler 1) Go with Yol to see the manager.

Once aboard the cruise ship, the chief begins to deceive his men at City Hall. The chief had disguised Orca’s face in advance and had Yol as an escort, but on the way to Yol and Orca’s room, he realized that their location had already been discovered when he spotted one of the assassins after he felt the urge to kill them. So, the chief decided to go back to the room and join Yol and the others.

Then, in the room, Yol was fighting the assassin who had mimicked room service. The chief leaves the situation to Yol to figure out his next course of action as a commander. In the meantime, Yol defeats the assassin. The chief immediately suggests that Yol move the orcas to another room.

However, as the ship’s rendezvous time approached, the assassins’ encirclement finally narrowed, and a group battle unfolded on the rooftop deck. However, the chief and Yol defeated the group of assassins one after another through brilliant coordination play. Thus, they succeeded in catching up to the remaining three members.

However, the chief was caught by surprise by an opponent with a strength of a different order of magnitude and had to leave the frontline, leaving Yol to fight alone in the meantime. However, Yol fought hard and defeated the strongman. Thus, Orca Gretcher and her son were sent out safely, and the escort mission was successfully completed.

Spoiler 3: Yol is given a reward vacation.

Yol was a bit sentimental as he saw Orca off. The chief understands his sentiments and admonishes him that they are only one of the soldiers. However, when Lloyd sent a request via the ship’s crew to join them tomorrow, the chief gave Yol a leave of absence as a reward so that he could spend time with his family.

|Comments and ratings about the chief of the Spy Family

A voice has been raised concerning the scene in which the chief (Matthew McMahon) appears in “SPY x FAMILY.” Apparently, this person is focusing on the scene where the chief releases the bullet. The commenter says, “No way…” is this because he thought the chief would never reappear?

How about a summary of the identity and strength of the chief of the Garden (Matthew McMahon) in “SPY x FAMILY” and his relationship with Yol? The identity of the chief, Matthew McMahon, who works as the head of the Policy Department of the First Bureau of City Hall in Berlint, the capital of the Eastern People’s Republic, was a member of the Garden, to which Yol belongs.

He is called chief by Yol, and uses his excellent command and control skills to direct Yol in the field. He is a mainstay member of the Garden, equipped with tremendous strength and cool-headedness due to his knowledge and experience accumulated over the years, so we can expect great things from him in the future. Keep an eye on the chief’s activities when you watch “Spy Family” in the future.