Uncle from Another World (Anime) Spoilers Final Conclusion! Contents from the original manga 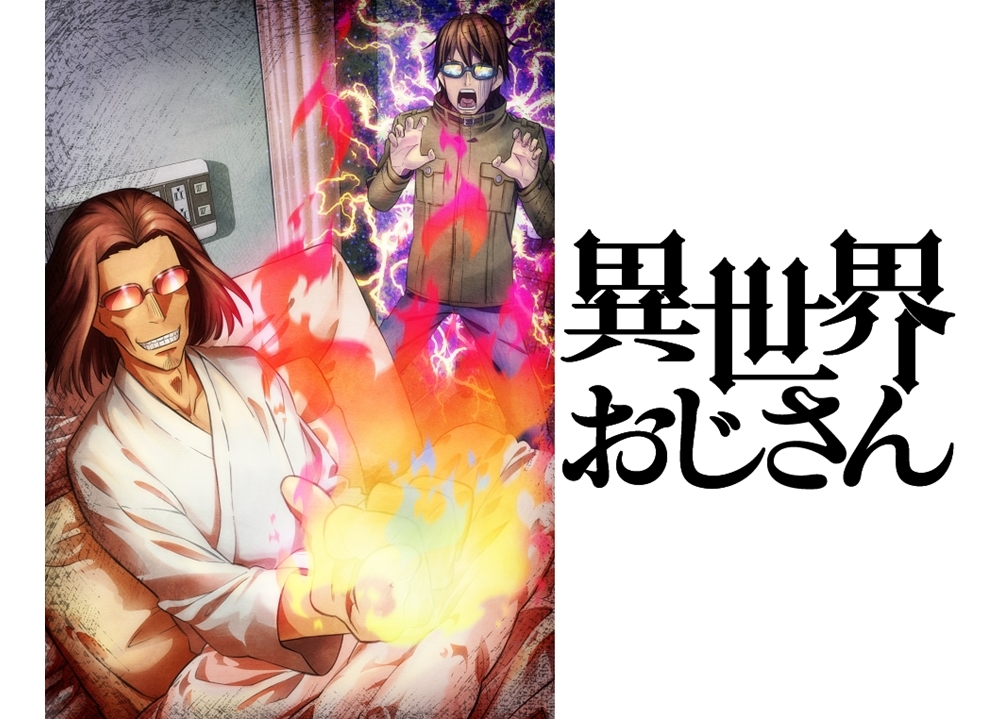 Uncle from Another World” is an animated TV series based on the manga by Almost Dead, which has been broadcast since July 2022. The manga is serialized on the web manga site “WebComic Apanda” and is a popular work with a total of over 1.5 million copies of the book in print.

|Highlights of “Uncle from Another World

Uncle from Another World” has an unusual setting in which the protagonist is an uncle who has returned from another world. The novelty of the story is that after he returns from another world, he looks back on his adventures in the other world, and an otherworldly fantasy unfolds.

The story begins when Takafumi’s nephew visits his uncle, who has been in a coma for 17 years, and tells him that he has been in a different world called “Grand Bahamaru. At first, Takafumi does not believe him, but when he sees his uncle actually use magic, he comes to believe him, and the two take advantage of this to become Youtubers in a poignant turn of events.

The surrealistic development that takes advantage of the other world is the charm of “Uncle from Another World.

|How many volumes of the original manga will “Uncle from Another World” air from where to where?

Where does “Uncle from Another World” take place in the original manga?

Uncle from Another World” has been serialized on the web manga site ComicWalker since 2018 and moved to WebComic Apanda in 2021, where it is still being serialized. The book has been published up to the latest 7 volumes. The broadcast period is 13 episodes per season, so it is expected that the program will be broadcast up to the part that corresponds to volume 5 of the manga.

|Spoilers for the final conclusion of Uncle from Another World

Here are contents and spoilers for volumes 1-5 of the original manga, which are considered to correspond to the broadcast portion of the “Uncle from Another World” anime.

Takafumi goes to visit her uncle, who has been in a coma for 17 years after a car accident, when he wakes up. He speaks an unintelligible language and says he has been in another world. At first, Takafumi does not believe him, but when the uncle makes a cup float and fire comes out of his hand, she easily believes him. Thus, the two became Youtubers using their knowledge of other worlds and began a strange shared life together.

The uncle tells us that not many good things happened to him in the other world. He was called an orc because he was not very good looking, and he was subjected to character denigration and abusive language. He told a particularly aggressive person, an elf, ‘I didn’t save you for your own good. Takafumi realizes that this is not abuse, but tsundere. Uncle Takafumi, who was not familiar with tsundere culture, was unaware of the elf’s favor and mistakenly thought that he was disliked, thus ending his adventure.

The uncle tells Takafumi stories about his time in the other world, but all of them make Takafumi feel uncomfortable. When he is attacked by goblins in the other world and seriously wounded, the elf saves him and gives him a ring as a thank-you gift, but for some reason he cashes it in and gives it to her. Takafumi is dismayed by the uncle’s behavior, as he does not give Mabel advice on how to become stronger, but rather encourages her to continue being a recluse, even though she wants to change her reclusive ways.

Takafumi’s childhood friend Fujimiya protests that Takafumi is supporting her uncle, but she is gloriously cross with him when he talks about other worlds and video games. Moreover, the slapstick comedy is shown as Fujimiya magically discovers that he likes Takafumi. Fujimiya becomes increasingly concerned about Takafumi’s life.

In addition to the uncle and his nephew Takafumi, who has returned from another world, a new college student, Fujimiya, who has feelings for Takafumi, has been added to the story. Uncle is impatient when he learns that advertising revenue will be cut off for channels with less than 1,000 subscribers. The reason for the low number of subscribers on “Uncle from Another World” channel was that Uncle had been replying to comments and fans had been leaving.

Having once broken a city’s wards and unsealed a magical beast in another world, he asked a spirit to heal the wards, and was able to get them repaired. Remembering the importance of honestly asking for help, he explained the situation to the viewers and asked them to subscribe to his channel. Takafumi tried to stop him from doing so, saying it would be counterproductive, but the effect was so great that the number of subscribers exceeded 1,000, and his Youtuber activities were successfully completed.

Uncle Takafumi, who had always played solo, once fought alongside Asilia, Edgar, and Raiga to protect his village from a goblin horde. Thanks to Uncle’s efforts, the goblins were defeated, and it seemed as if he had made a friend. However, Asilia had witnessed her uncle destroying and rebuilding the wards. She did not listen to Asilia’s words, “I won’t tell anyone,” and she erased the memories of the three of them and returned to playing solo.

In the other world, the elves are asked to come to the house by the drunk uncle, but they are treated poorly, being told at the door that he only supported them because they were too drunk to walk. The relationship with Mabel also develops, and when she gives him a ring as a gift, he decides to exchange it for cash, as usual.

It is revealed that Mabel’s ancestors, like her uncle, migrated from Japan. Her ancestor was a samurai and received the “Frozen Sword” as a transfer bonus from God. When Mabel’s uncle learned of this, he insisted that he had not received the bonus from God, and he had to go back to his memory of his recent transmigration.

Finally, the details of how the uncle saved the elf from the dragon are revealed. Uncle had slayed the dragon with a single blow. The elf receives a hoodie from his uncle, and after a bit of a struggle, he takes a liking to the elf and becomes his stalker. Mabel also seems to adore her uncle, and we can see cute scenes of her and the elf together clinging to him. The smiling exchange between the two, in which Mabel seems to be jealous of him, is also charming.

He is reunited with Asilia Edgar Raiga, and his uncle once again joins in the quest to defeat the elves. This time, the target is a hedgehog-like magical beast larger than a human. Uncle hesitates to defeat the hedgehog and uses his “translation” ability to communicate with it. However, he learns that the hedgehog was an outsider who takes pleasure in tormenting humans, and he even defeats it in an instant.

Again, the interesting part of the story is that Takafumi and Fujimiya listen to the uncle’s memories of another world, both crushed and donkey-dogged.

It turns out that the “hero” that the uncle was going to meet in the other world was Asilia. Moreover, Asilia had only become a hero a month earlier, and she was a rookie who had been adventuring for less than six months to begin with. This was due to the fact that the last time the uncle was with Asilia, they had defeated a goblin horde. It was Uncle who defeated the goblins, but he erased Asilia’s memory, which became her achievement and made her a hero.

However, he easily discovers a hidden door near the entrance by magic and obtains the Wand of Salvation. The heroes feel no sense of accomplishment. So, the uncle erases the memories of the three and makes them challenge the dungeon again to get the Wand of Salvation. He showed a kind side of him that respected Asilia and the others’ sense of accomplishment more than anything else.

The uncle then leaves Asilia and heads off to the royal capital by himself. This was to clear up the misunderstanding between Asilia and the others who had been given the title of “hero,” a title that was not commensurate with their abilities. However, the uncle is enraged to learn that Asilia was used to increase the military budget by using magic to have her go on adventures that would result in the death of the heroes, thereby causing a national crisis.

However, even though he is strong against demons, he has no experience in the real world, so he transforms himself into Mr. Tabuchi, his homeroom teacher in the eighth grade, and defeats the assassins from one side to the other. The fact that he unexpectedly defeats them by defeating them in an argument is a surprising and painful scene.

He finally crushed the conspiracy of the King’s Landing, but when he left, he transformed into a dragon by a charm play, but he was unable to return to his original form. He loses all sense of reason and goes on a rampage, but it is the elves who come to his rescue. After a fierce battle, the elves finally succeed in restoring him to his original form. The elf is revealed to be the daughter of the Elga royal family.

After being restored from the dragon, the uncle and the elf head for a hot spring resort, which is called “Purgatory Hot Springs” in Japanese. The person who created “Purgatory Hot Springs” was also a former transplant from Japan. The elf’s yukata (Japanese bathrobe) is a point of interest, as she is extremely cute. The elf is forced to share a room with her uncle. The uncle gives the elf a massage and they are in a good mood when Asilia’s group enters the room.

The elf is alarmed by the appearance of a beautiful girl who is also related to the uncle, but asks Asilia how she and the uncle look. It is not clear what her answer was, but it is likely that she was told that they were lovers, and the elf is instantly in a good mood. He also asks if Asilia has received a ring from her uncle to prevent her from getting attached to him, and tries to get Asilia attached to either Edgar Raiga or Edgar Raiga.

In the midst of all this, they are faced with a situation in which the hot spring inn is attacked by demons. The uncles struggle against the hordes of demons, but they are able to fight back with the help of spells. The action in volume 5 is mainly powerful and spectacular. Also, the sexy scenes, such as an elf in a yukata, can be enjoyed.

This month we introduced the anime “Uncle from Another World,” which will air in July.

It is characterized by the dual structure of the other world part in which an uncle goes on an adventure with elves and the real part in which he tells Takafumi and others about his adventures. Since you can also enjoy the surrealistic gags and the otherworldly situations, it is recommended for those who like otherworldly fantasy and for those who simply want to laugh.