When Will Ayumu Make His Move?” spoilers final conclusion! Contents from the original manga 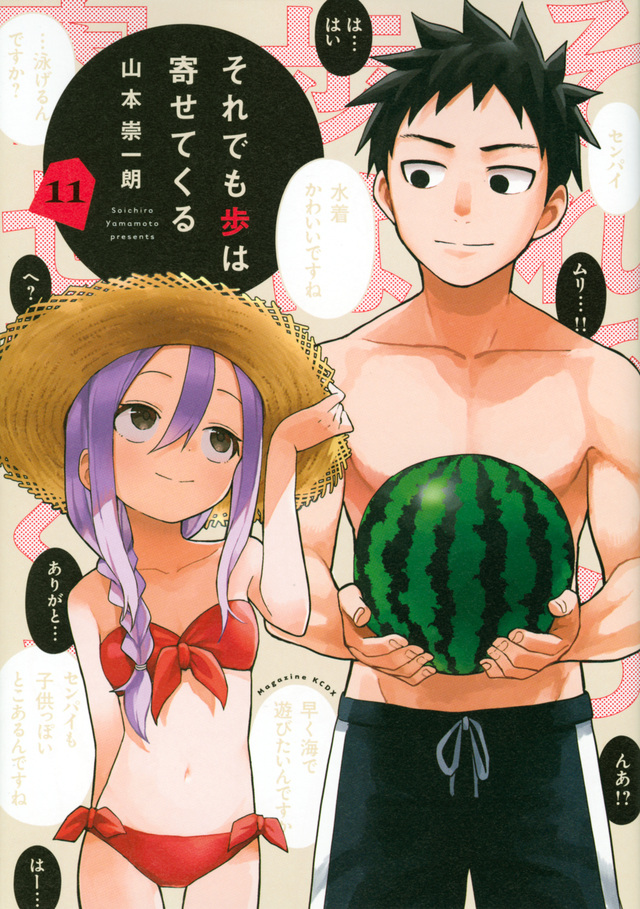 When Will Ayumu Make His Move?” is a popular manga work by Soichiro Yamamoto, the author of “Karakajite no Takagi-san” and “Kunoichi Tsubaki no Mune no Nai” serialized in Weekly Shonen Magazine, with an anime adaptation scheduled to begin in July.

In this issue, we will introduce spoilers for the anime and how many volumes will be aired.

When Will Ayumu Make His Move?

Another reason for the decision to end the story in volume 6 is that the official website of the anime introduces a first-year student named Kagawa Rin, who was in the same kendo club as Ayumu when he was in middle school, and who struggles to get Ayumu back into kendo. And since the first-year student enters the school in volume 6 of the original work, it is assumed that this would be the end of the anime adaptation.

|Highlights of “When Will Ayumu Make His Move?

In the previous section, I introduced how many volumes of the original work will be animated, and here I would like to introduce some of the highlights.

The highlight of this work is the offensive and defensive love match between Urushi Yaotome, a cute senior student, and Ayumu Tanaka, who falls in love at first sight with Urushi and decides to confess his feelings to her if she wins a game of Shogi (Japanese chess). This is a work to enjoy.

The Shogi game is supervised by a female Shogi player, Madoka Kitao, and it can be enjoyed by both Shogi lovers and those who do not know Shogi.

|Spoilers for the final conclusion of “When Will Ayumu Make His Move?

I introduced the highlights of the work “When Will Ayumu Make His Move?” in the previous section, but it would be too long to write spoilers until the final episode here, so I would like to introduce a personal excerpt of the “story of the progress of their love”.

In fact, he was just too absorbed in playing chess to notice it, but Urushi was a little conscious of the term “couple” used by the children.

However, Ayumu asks Urushi what Ayumu’s wish is, saying that he is embarrassed to tell only my wish, so he asks Ayumu to tell his wish too. Ayumu told him, “I want you to be the same wonderful senpai that you always are. But he murmurs in his mind, “I don’t think I can do it because of you (because of embarrassment).

After the gymnastic festival was over without incident, the two started playing chess after school as usual. However, Ayumu was desperate to know how he could make his chief’s wish come true. Then, Ayumu came to the conclusion that he and his senpai were still good together, but he was pointed out that the move he made at that time was an exchange of Ayumu’s Katsura for the Katsura held by Urushi’s Ayumu, which was unwise.

He was then asked if he was worried about something, and Ayumu told him that he was worried that he was putting his own feelings too much first. What was his mistake, Urushi said that he liked Ayumu more than Katsura, and then he confessed himself, “I like Ayumu, too,” which made him slurred. He blushed and went to the clubroom, saying, “It’s complicated! and blushes and runs out of the club room.

He takes it back, saying it is his, but Ayumu blushes as he stares at the juice and teases him that he thinks it is an indirect kiss.

Ayumu and Urushi, who had been considering each other’s feelings, were just one step away from winning the game. When Ayumu asked Urushi how he could win the game, Urushi suggested that they could win if they played a handicap game.

Ayumu asked Urushi what she was going to say if she won, and Ayumu said she would confess her feelings to Urushi. So I dared to play against him in the handicap game, though I guessed most of it.

Then, the handicap game was played. As a result of the serious game, Ayumu won the game, even though it was a handicap game. Ayumu was very nervous that Urushi was about to confess his feelings to Ayumi, but Ayumu only confessed, “I want to win against my senpai without a handicap someday.

This was an expression of Ayumu’s determination that he could not confess his love to Urushi because he was acutely aware of the difference in power between Ayumu and Urushi. Ayumu responded to Urushi’s words, “You are a naughty girl.

The above is an excerpt of what I personally thought was the progress of their relationship.

In this article, I have introduced “When Will Ayumu Make His Move?

In the anime, there are no convincing developments in their love except for the excerpts mentioned above, and we are left wondering when she will confess her feelings for him.