Is “Classroom of the Elite” Suzune Horikita the second main character? What is the reason for short hair and her relationship with her brother Manabu?

Suzune Horikita is one of the most talented students in D class. In addition to her abilities, Suzune has also developed an overwhelming charisma and leadership qualities through her many dangers, and has grown to be a figure to be admired by her peers. Here we will introduce Suzune Horikita’s profile, her relationship with Ayanokoji, her activities in the light novel version, and more!

|Profile of Suzune Horikita, “Classroom of the Elite

In the first grade, Horikita was seated next to the main character, Ayanokoji Kiyotaka. She has been strikingly beautiful with long black hair since she first entered the school, and is even called “cute” by Kushida and Ichinose, who are very popular with the boys. Tomose Shunsaku, the illustrator of the light novel version, initially drew Suzune as a cute big-breasted character with big eyes, but at the suggestion of the author, Shogo Kinugasa, she has foxy eyes and slightly smaller breasts.

What is Suzune Horikita’s personality? 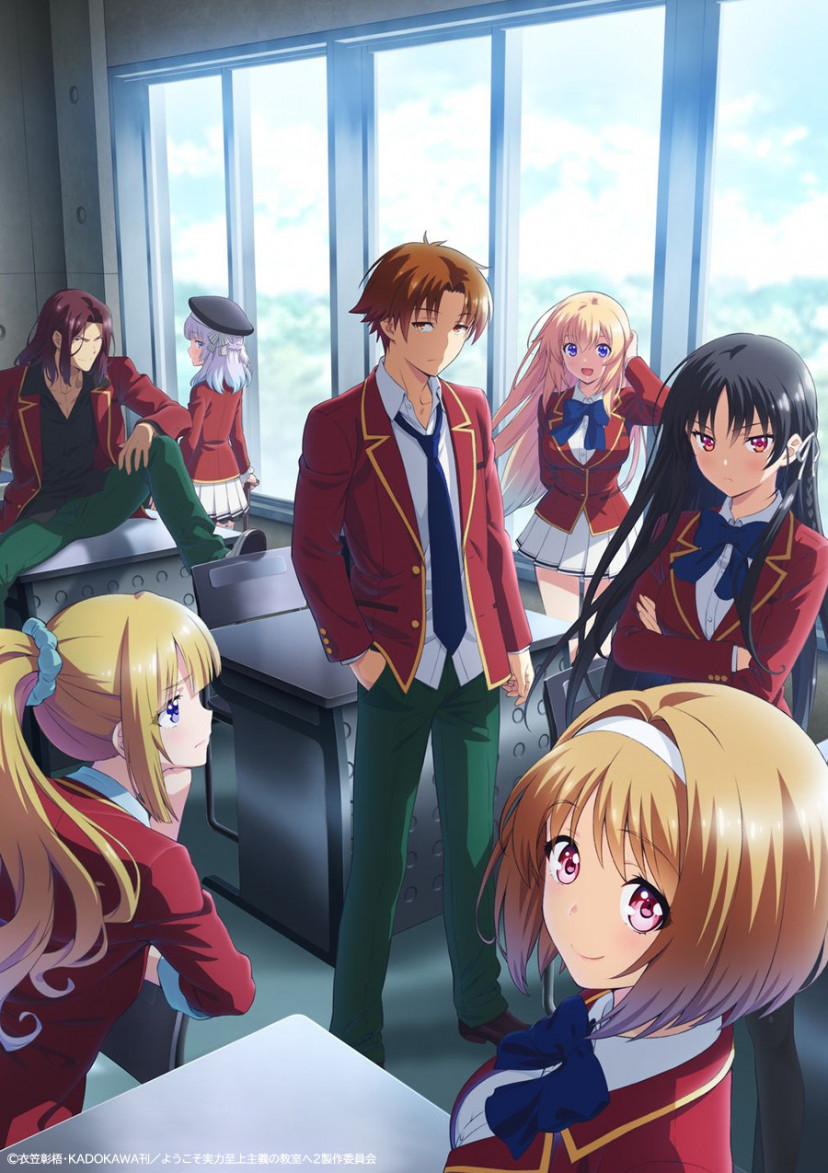 As you can imagine from her mature atmosphere, Suzune is selfish and strict with herself and others. When she first entered the school, she was angry at being assigned to Class D, the bottom of the class, and wanted to move up to Class A by her own efforts. However, through numerous special tests and written examinations, he grew as a person. With the advice of Ayanokoji, he realized that “in order to be in A class, the class must be united,” and since then he has been actively communicating with his classmates. Suzune, the “capable girl,” is leading the class as a leader, but she also has a bumbling side: her water bottle gets stuck in her arm and she can’t get it out! She struggled for two hours to get it off, but Ayanokoji eventually helped her out, and she ended up owing him a debt.

What is Horikita Suzune’s background?

Suzune Horikita has an older brother, Manabu Horikita, who belongs to Class 3A at Kogakusei High School and is the student body president. Seeing Manabu excel from childhood, Suzune strived to be like her brother and enrolled in the same high school she attended. However, when Manabu reunites with him, he is almost as violent as if he were abusive. In fact, Manabu’s actions were intended to “encourage Suzune’s growth. Later, Suzune realizes Manabu’s true intentions and achieves another growth. In junior high school, Suzune was in the same school as her classmate Kushida, but they did not know each other at the time.

|[Ability] Class A level of competence 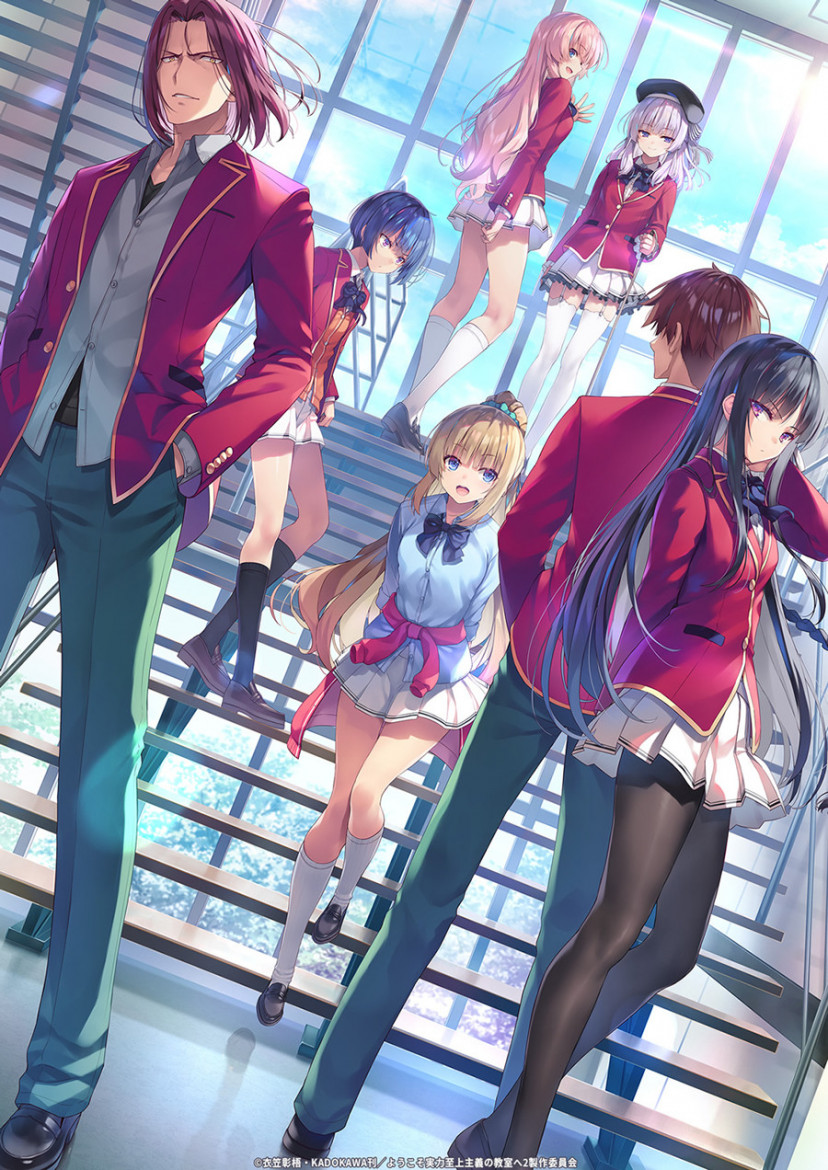 Suzune is a talented student who possesses both academic and physical abilities at the A-class level. In the OAA, where individual grades are quantified for each item, Suzune’s physical ability is rated relatively high at B, and her academic ability is among the top three in A- and D classes. In addition, he has achieved third place in the entrance examination, and is a proven academic prodigy. She is also smart enough to understand the ideas and strategies of Ayanokoji, a real genius, to some extent. Why was such a brilliant Suzune assigned to Class D? Ayanokoji believes that “her character of easily cutting others off and neglecting human relationships may have influenced her. Manabu also suggested, “He seems to have misunderstood the meaning of solitude and loneliness.

|What is the reason for Horikita’s short hair?

Suzune has impressive long black hair, but there is a reason she had long hair. When Suzune was a child, she asked her older brother, Manabu, about his favorite hairstyle, and Manabu told her that he preferred long hair. So Suzune, who had short hair at the time, grew her hair long to match her brother’s preference. Manabu was disappointed with Suzune, who had proved that her brother was everything. The act of growing her hair long for Manabu’s sake caused their relationship to sour. However, at the end of the first-year version, Suzune cut off her long hair and went short! She cut her hair to show a new side of herself before Manabu’s graduation, and to make up for her mistake. As a result, she and Manabu made up, and Suzune was encouraged to go her separate ways with her brother, saying, “Two years from now, I will be waiting for you outside the front gate.

|[Relationship with Ayanokoji] Are they romantically involved? 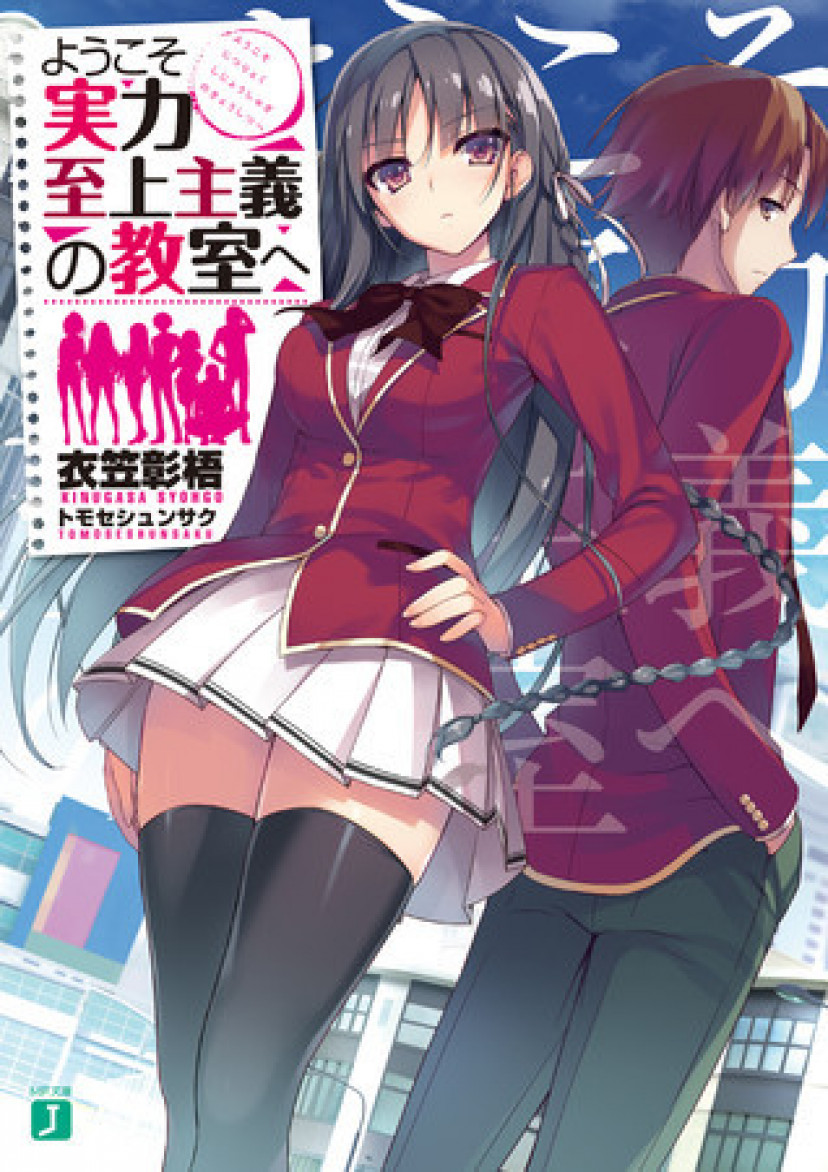 Suzune and Ayanokoji have been communicating with each other since they first entered the school, as they were seated next to each other in the first grade. Although they are such a couple, they rarely talked with other classmates, so people around them sometimes thought they were in a relationship. However, they are not actually dating, and their relationship is more like a cooperative relationship to move up to A class than a romantic relationship. In the special examinations, Suzune plans the strategy, and Ayanokoji sends her advice in a roundabout way, and they often work individually as well. Also, Ayanokoji teaches Suzune how to play chess in the selective event exam held at the end of her first year. When Suzune first entered the school, she thought of Ayanokoji only as an “unmotivated general student. However, they have become partners and senior/junior partners in their relationship, such as showing their weak points in the case of academics and rushing to Ayanokoji’s pinch after advancing to the next grade.

Ken Sudo is a student in the same class as Ayanokoji. Although he is a delinquent and a dim-witted student, he actually has feelings for Suzune. What triggered his feelings for Suzune was an “assault on campus” that occurred soon after he entered the school. One day, three students in Class C reported to the school that they had been violently attacked by Ken Sudo, a student in Class D. Suzune was told that he had not done anything wrong and that he had to leave. However, Sudo insisted that he had not done anything wrong. Ayanokoji and Suzune, thinking that the worst-case scenario would be expulsion from school, which would affect class points in Class D, decide to solve the case. As a result, they succeeded in negotiating with Class C and Sudo was not punished. Ayanokoji was also involved in this operation, but since all the credit went to Suzune, Sudo developed romantic feelings for her. Suzune, on the other hand, seems to find Sudo depressing.

|Relationship with Kushida] They were from the same junior high school. 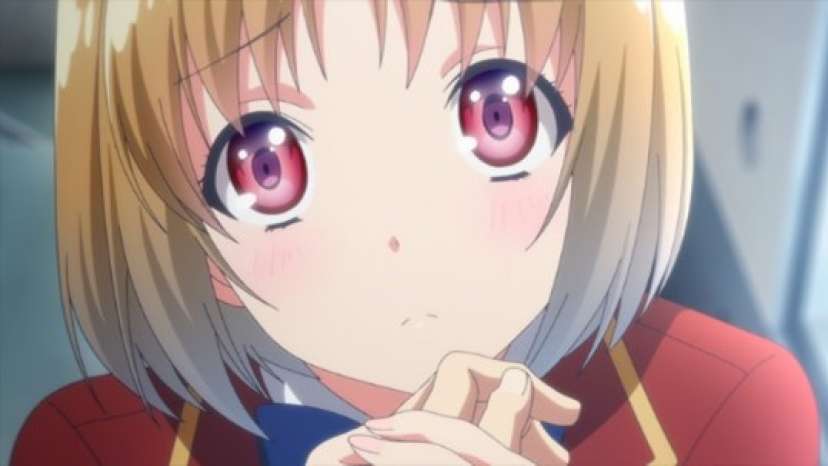 Like Sudo, Kushida Kikyo is a classmate of Ayanokoji and his friends. She is popular not only in her class but also throughout the school because of her cute looks and her kind nature to everyone. However, Kushida has a dark side. Her need for approval has led her to play the role of “being kind to everyone” in her everyday life. However, in junior high school, he felt his stress limit and revealed the secrets of his classmates that he had been collecting for a long time. This leads to the disruption of the class. Kushida then entered a highly developed high school where no one would know about him. However, when he meets Suzune, a girl from his hometown, he hates her and tries to drive her out of school. Suzune herself is aware that Kushida hates her, but she recognizes Kushida’s ability and tries to mend their relationship. In the end, Suzune saved Kushida and prevented her from being expelled from school in the “unanimous examination” held in her sophomore year.

|[Unpopularity? Is Horikita disliked by fans of his work? What is the reason? 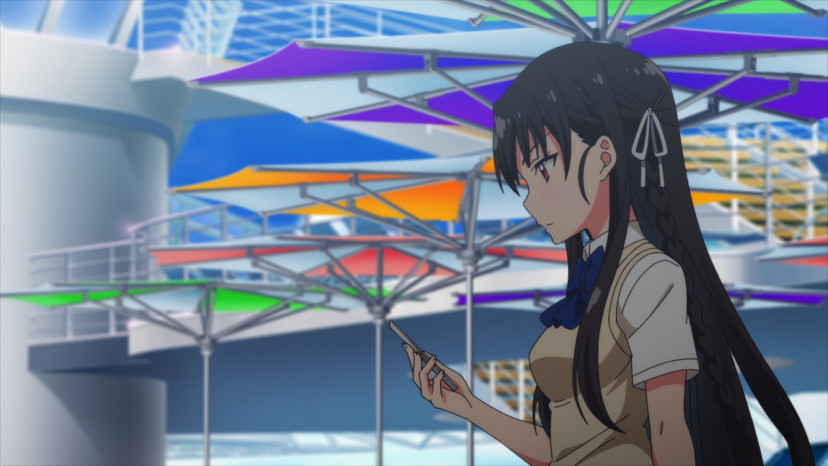 (c)Akio Kinugasa, KADOKAWA Publishing / Welcome to the classroom of the Elite 2 Production Committee

Although Suzune is a beautiful tsundere girl with long black hair and high ability, she is actually an unpopular character among fans. Why is she disliked by fans of her works? One reason is that “Sakura was expelled from school because she protected Kushida.” During a unanimous examination in her sophomore year, Kushida revealed a secret about a classmate and was in danger of being expelled from school. However, Suzune defended Kushida, and as a result, Sakura was expelled. It seems that more fans than expected were dissatisfied with this. Another was that “popularity flowed to Karuizawa. In the original light novel, Ayanokoji and Karuizawa started dating and much was made of her charm. Readers were probably struck by Karuizawa’s pure and lovely appearance, and Suzune became less prominent. These reasons are thought to be the reason why it is called “unpopular.

|Suzune Horikita was not a heroine, but a second hero!

Suzune Horikita is the heroine of the Classroom of the Elite, and it is no exaggeration to say that she is another main character. In this issue, we have introduced everything from basic information about her to the latest information about the light novel version. Although some fans of the original work say she is “unpopular” and “disliked,” her popularity is still going strong. We can’t take our eyes off of her as she continues to grow up watching the backs of Ayanokoji and Manabu.！