Uncle from Another World 2nd season anime sequel air date when and content spoilers! How many volumes and from where to where is the continuation? 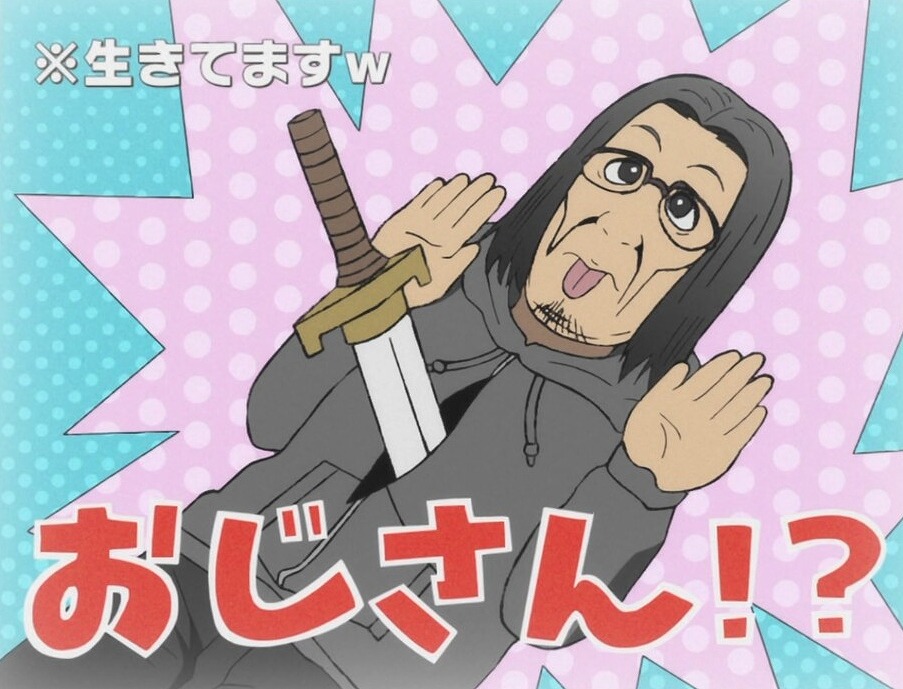 Although the production company has had the misfortune of having to postpone the broadcast due to the Corona virus, it is a reverse other world anime with a strong comedic flavor that you will not get tired of watching, and we hope that those who are interested will read this article.

|What is the first anime season of “Uncle from Another World” about and how far is the manga?

Since Sawae is listed as an official character in the anime, and she first appears in volume 5 of the original, she meets Alicia, Edgar, and Raiga, who are depicted in volumes 3 and 4 of the original, erases their memories (since they know that she destroyed the warding), and explores the dungeon with them.

The story will be aired from episode 5 to 8 of the anime in this order: Hagen Regfalgen, the head of a merchant association who is trying to make connections by threatening the elves who had put a spell on him and borrowed money as collateral, and Doldor, a gigant hunter who had come to kill the dragon, and they fight off their differences.

Sawae will make her first appearance in episode 9 of the anime and visit Takafumi’s home to bring back her friend Fujimiya, and will be stopped when she tries to erase her memory after being seen by the magician. The story will be set in “Purgatory no Yu,” a hot spring inn built by a transferee from the past. Since the story set in “Purgatory no Yu” has been developed right up to the end of the 5th volume of the original work, it is thought that the first season will end with “Purgatory no Yu”.

I know many of you are wondering, will Uncle from Another World air a second season? If we only look at the current situation where the first season is airing to rave reviews, I am thinking that there will not be a second season for a while (at least a couple of years).
Of course, if the anime is finished airing and the video distribution sites and disc sales are still good, I think it will be produced. However, considering that Sawae has been cast as a character in the first season, and that at least up to volume 5 of the original work will be aired, it will be difficult to get the original work published immediately until volume 10 or 11 is published.
Since the original work is published in 6 to 8 months, it will be 2 or 3 years after the first season finishes airing.

|If the second anime season of “Uncle from Another World” is broadcast, how many volumes of the manga and the original stock.

Assuming that a second season is decided to be aired, it will probably be up to the currently published volume 7, and later on to volumes 8, 9, and 10.
If the first season airs up to volume 5, then even taking into account a slight gap, I think that volumes 9 and 10 will be made into the second anime season.

If the first season airs up to volume 5, the stock would be only 2 volumes. If the second season is to be animated with 12 episodes, there is a clear lack of stock…

The contents that will be aired in the second season, in no small part, include the confession to Alicia of the fact that she exercised memory erasure twice and promised not to do so in the future, and the discovery of the uncle’s real name and the real name of the elf who is following him as they introduce themselves to each other.

The highlights of the story include the uncle’s tsundere behavior until he nicknames Midori, his victory over the power of the raging god in cooperation with Alicia, Mabel, Midori, and others, and the struggle of Alicia and the others to get back the uncle who was imprisoned on suspicion of being an orc.

It will be definite up to the original volume 7, which is currently being drawn, and the storyline in which Regen and Doldor appear. After that, I expect that the story will follow the process of Uncle’s return to modern Japan and the story that follows those who have been transferred just like Uncle.

The story is developed with a strong comedic element as they trace the person who created the hot spring in Purgatory or the Ice Clan, confirm the fact that such a person has returned and search for a way to return, and there is also a scene where an uncle who is not good at romantic feelings or interpersonal relationships gets into a good mood with Midori. I expect that the relationship between the two will become closer.