Overlord 5th season theatrical anime sequel air date when and content spoilers! How many volumes and from where to where is the continuation? 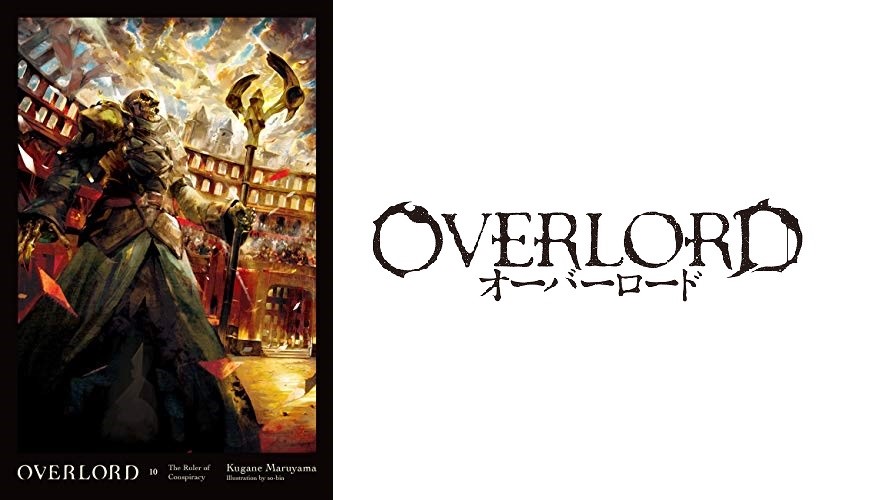 Along with the fourth season of Overlord, the latest theatrical version was announced at the same time! The expectations are high as it is the popular Seiou-koku-hen. However, there is already a character from the Holy Kingdom version in the 4th season OP. So, I have researched and discussed when the sequel to the movie version will be released, the contents and spoilers of the Holy Kingdom Arc, and if it is the manga version, what volume it will be and where it will continue from!

|What is the fourth anime season of “Overlord” about and how many volumes of the novel are we up to?

The third season of the anime was up to volume 9 of the original work, so this season’s story falls into volumes 10 and 11 of the original novel.
The content of the fourth anime season is a story about dwarves and dragons. However, since Kalka, who appeared in volume 12 of the original story, is in the opening of this season, perhaps a little bit of the Holy Kingdom chapter will be included until there are no problems with the radding.

Officials have announced that the new movie version is the Holy Kingdom version. And since there are more brutal depictions than ever before, it is unlikely to be broadcast as a TV anime.
However, due to the aforementioned matter, we still don’t know if the movie version will be all the crap from the Holy Kingdom Arc or not.

As for the release of the film, the fourth season of the anime has been airing since July 2022, so it will probably be as early as next year, 2023.

|If the fifth season of “Overlord” anime and theater version of the Holy Kingdom is broadcast, how many volumes of the novel and the original stock.

As mentioned above, the movie version is officially announced as the Holy Kingdom Arc, and the depiction of atrocities is even worse than before, so it is said that it would be difficult to broadcast the story on terrestrial wave.
However, I think that it is possible to broadcast the parts of the story that are not too obvious, so I think there is a slight possibility that the Holy Kingdom Arc will be aired during the 4th season.

As for the stock of the original work, volume 16 was just recently released, so there should be no problem.

|Highlights and characters from “Overlord” 5th season anime and theater version of the Holy Kingdom.

The reigning Holy King of the Holy Kingdom of Roble, known as the “Treasure of Roble,” she is a beautiful woman with a fair face and beautiful blonde hair.
She is beautiful but often misunderstood, such as being considered homosexual, and although she has a strong desire to marry, she is single and unhappy.

Despite being the princess of the Holy Kingdom, where the people do not recognize Andet, she has the capacity to recognize the existence of the magical kingdom led by Ainz. However, she is unable to act in light of the actual situation, and has problems as a statesman, and meets an unfortunate end.

He is the strongest holy knight in the country and leads the Order of the Holy Knights, and is the white of the “nine colors. She is a top-class knight, although she often acts according to her own way and is often antagonized by those around her. She and her sister, Kalka, are close friends, and she and her sister swear allegiance to Kalka and will never forgive anyone who does not obey her.

She does not like subspecies and different races, and does not think well of Ainz either. According to the author, Kugane Maruyama, she has a karma value of +200.

Other characters include Keralt Custodio, Remedios’ sister and the country’s most powerful magic chanter, and Neia, a holy knight in training who later becomes Ainz’s companion.
Once again, Demiurgos has the perfect plan, but Ainz’s actions and words are even better than his plan. Everyone becomes more and more loyal to Ainz.
It is the usual pattern, but this time there are scenes of brutality, which have been called the best in the series, and the unexpected intervention of a new force, so it may be different when it comes to the action. I’m looking forward to it!

First of all, in the synopsis section of volume 13 of the novel, it says, “Ainz Wool Gowon is dead.” but don’t worry, Ainz is alive….
Although it is somewhat the usual pattern, the Holy Kingdom is in trouble this time.

Demiurgos attacked the royal family first as Yaldabaoth. Remedios, on the verge of collapse, asks the kingdom for help, but the kingdom does not respond, and he has no choice but to go to the magical kingdom and ask Ainz for help. Ainz complies and goes to the Holy Kingdoms.

Remedios’ actions, words, and deeds unintentionally help Ainz, and Neia gradually worships Ainz, creating an advantageous situation for the Magic Kingdom.
Neia dies once, but is revived by Ainz and becomes more and more loyal to him. He becomes the leader of the forces of the Magical Kingdom. After his revival, he gains the ability to brainwash people, which is necessary as a countermeasure against the Holy Kingdom.

Remedios, on the other hand, is increasingly devalued. And he is disturbed by Yaldabaoth’s slaughter of Kalka and Keralt. He is dismissed and transferred to a different department.
Ainz took advantage of the melee to train in countermeasures against Ainz’s death. The timing of the deaths of the deceivers was so good that they gained new admirers.

With the start of the fourth season and the decision to make a movie version of the Holy Kingdom, the fans who have been waiting with baited breath for a while now have a whole new supply to look forward to!
However, the manga is still in the middle of its development, so we can expect new editions to be released in the future, and with the large stock of original novels, there is still a lot to look forward to in this genre.
First, let’s enjoy the fourth season and wait for the movie to come out!