BLEACH: Who is Kurosaki Isshin and what is his past, Ichigo’s father’s strength, Zanpakuto and Bankai. 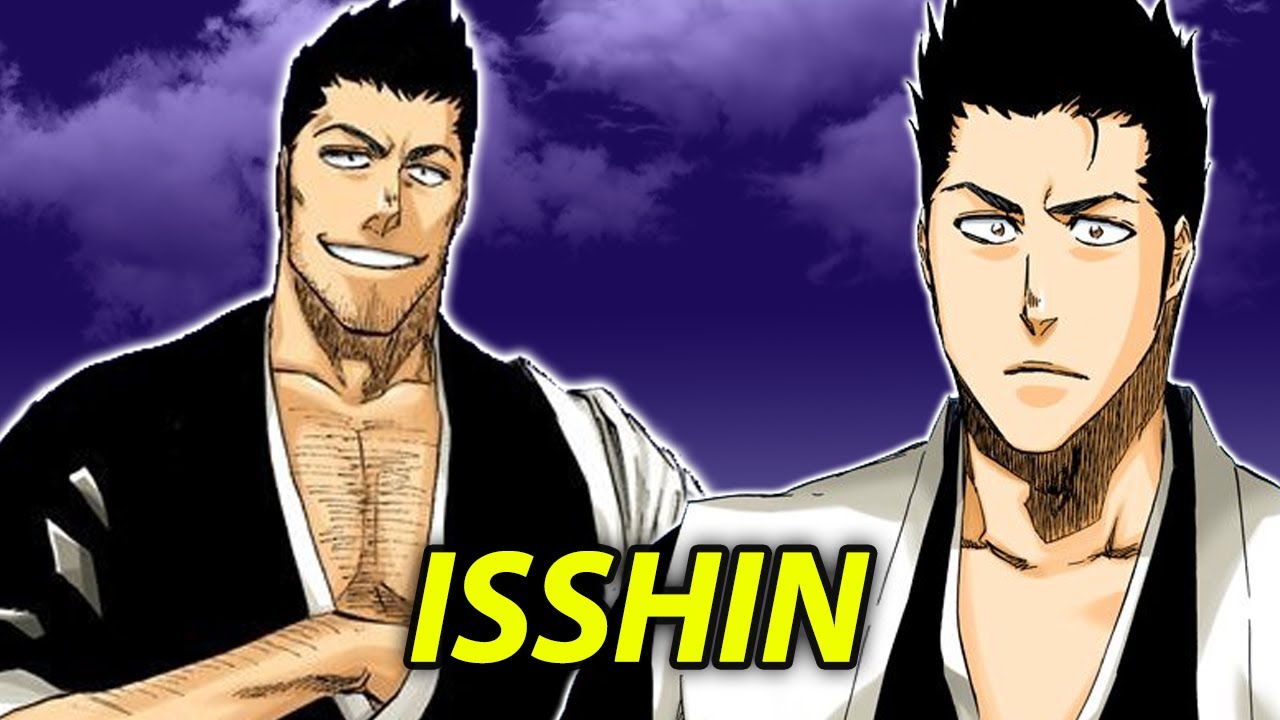 |Who is Kurosaki Isshin 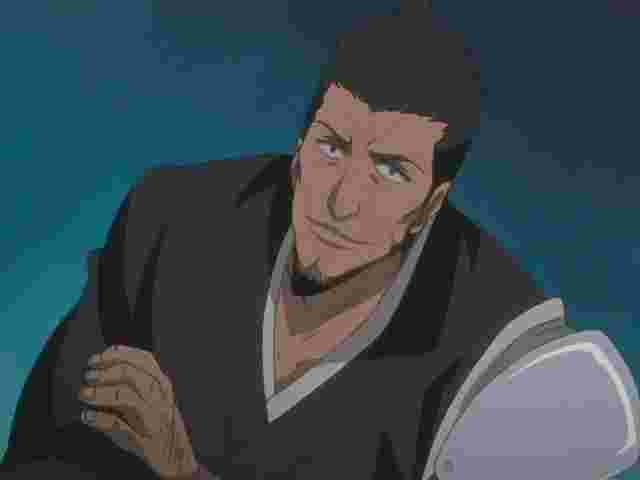 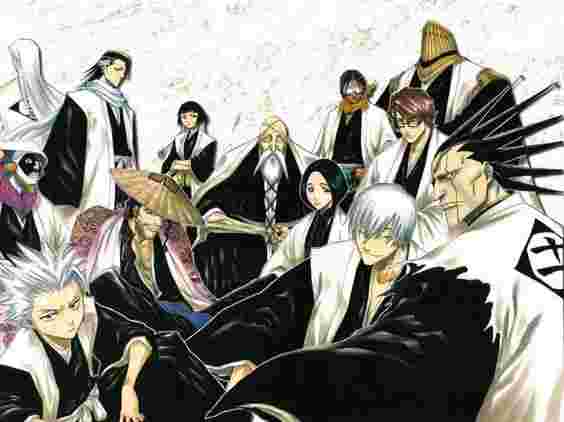 This page introduces information on the works of “BLEACH.” BLEACH” is a very popular shonen manga that was serialized in “Weekly Shonen Jump” from 2001 to 2016, and a novelization of the manga has also been released.

The story begins with “Agents of the Shinigami arc,” followed by a lengthy “Soul Society arc.” The story ends with “The Thousand-Year Blood War arc.” 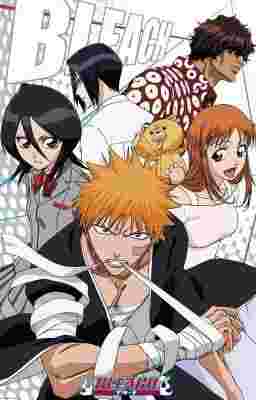 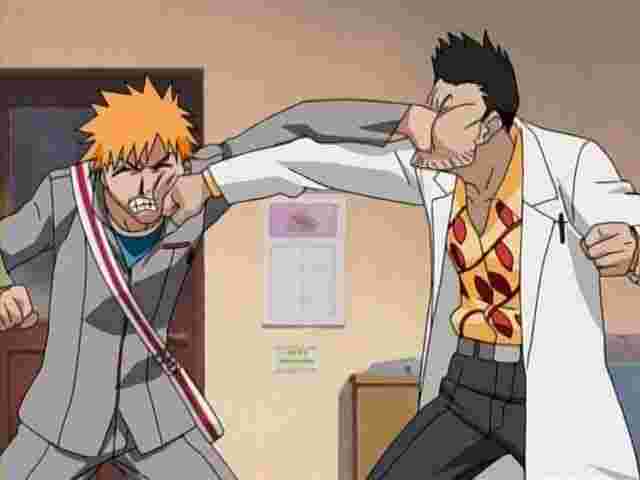 Kurosaki Isshin is Ichigo’s father. As you can see in the image above, at the beginning of the story, he kept messing around with his son and getting beaten up…and so on. However, Isshin is the one who is messing with his son to cheer him up, and he is the one who leaves Ichigo cool lines when he visits his wife’s grave. 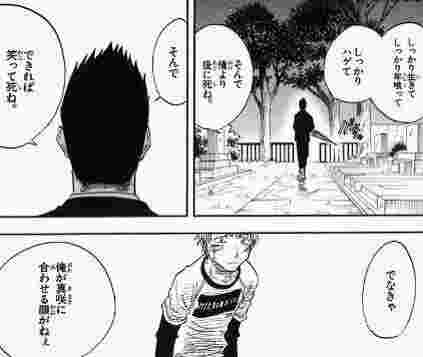 Kurosaki Isshin appears early in the story as “the only incapacitated practitioner in the family.” He is a high-strung, kind father who loves his daughter, Yuz Karin, and also loves his son. He also has a loving wife, as evidenced by the fact that he keeps a poster of his late wife’s image. However, he is an excellent father who knows that Ichigo is still worried about his mother’s death and keeps a watchful eye on him from the shadows.

Although he is very high-strung in front of his children, we know that he is a kind man and a great father who worries about his children more than anyone else.

|The Identity and Past of Kurosaki Isshin 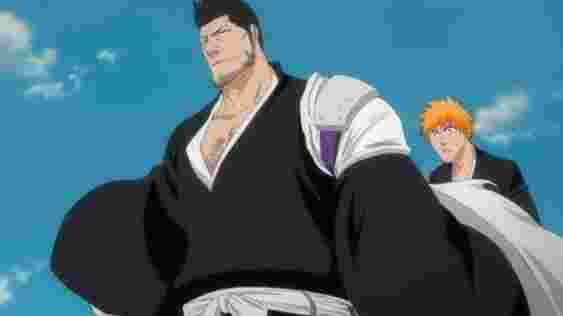 Identity and Past (1) Captain of Gotei 13’s 10th Division 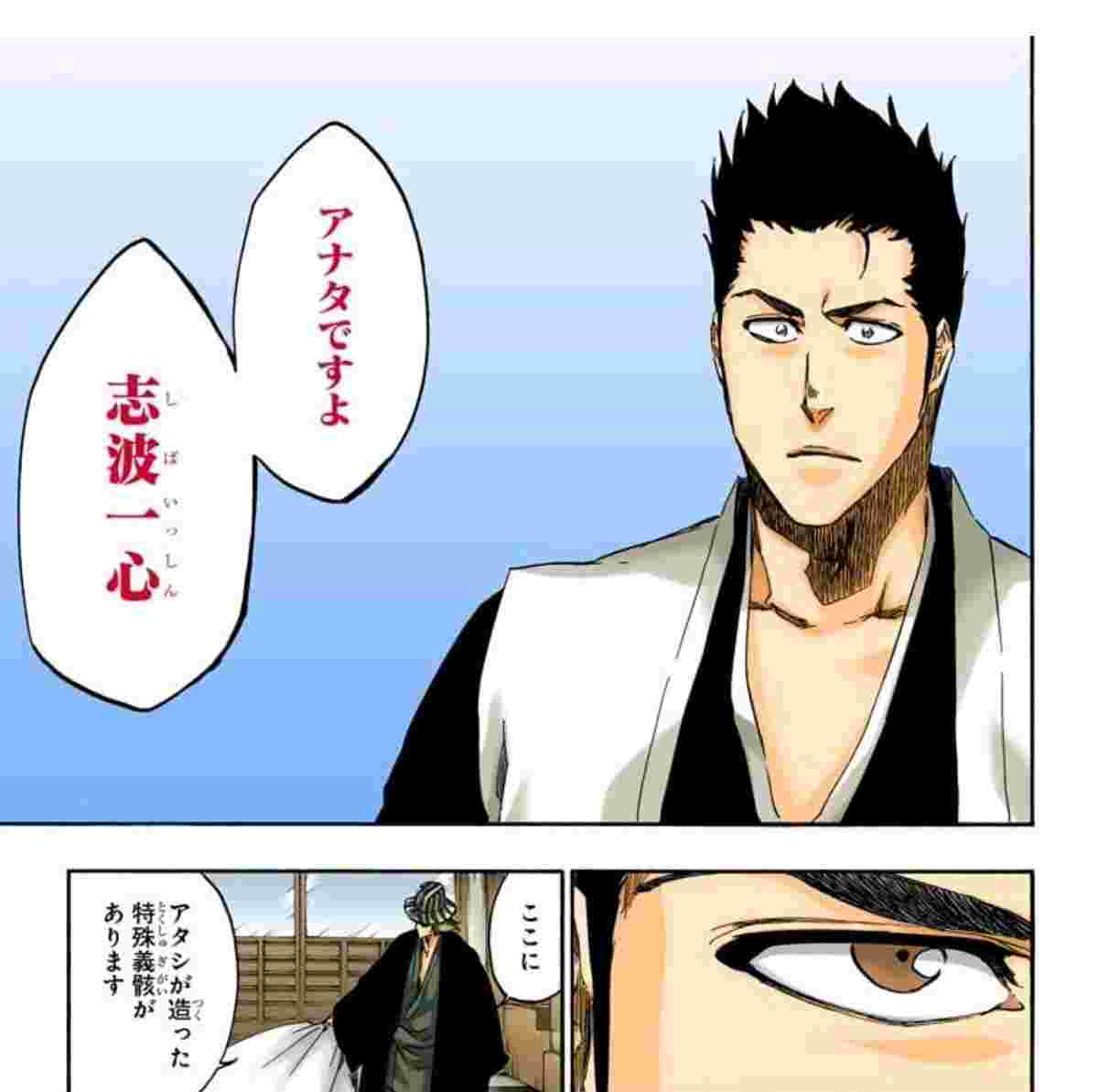 Identity and Past (2) A branch of the Shiba family 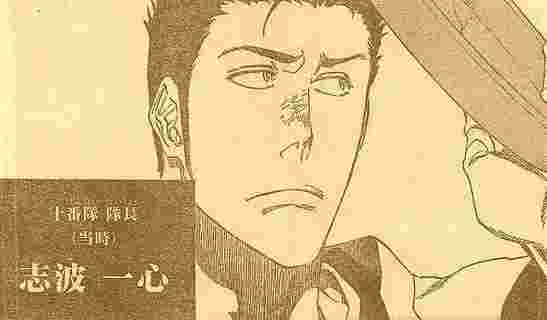 Kurosaki Isshin’s identity and Past are the second part of the “Shiba family branch relationship. The “Shiba family” is a fallen aristocrat in the Soul Society, and he was a member of this “branch” of the family. His name when he was Captain of Gotei 13 was not Kurosaki Isshin, but Shiba Isshin. 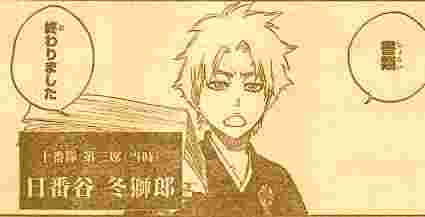 So it turned out to be a “relative relationship” with Shiba Ku-Kaku, Shiba Kaien, Shiba Ganjyu, and others. And it was Matsumoto Rangiku, who was the deputy commander of the 10th. Hitsugaya Toshiro, who was already there at that time as well, was the one who became the Captain after Shiba (Kurosaki) Isshin because of his position in the third seat. This fact was known to Urahara Kisuke and Ishida Ryugen. It seems that Krosaki Hospital sometimes wrote referrals of patients to Ishida Ryugen’s hospital.

Identity and Past (3) Relationship with Matsumoto Rangiku 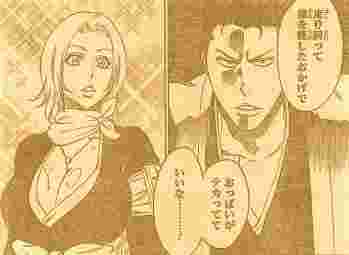 Identity and Past (4) Relationship with Shiba Kaien 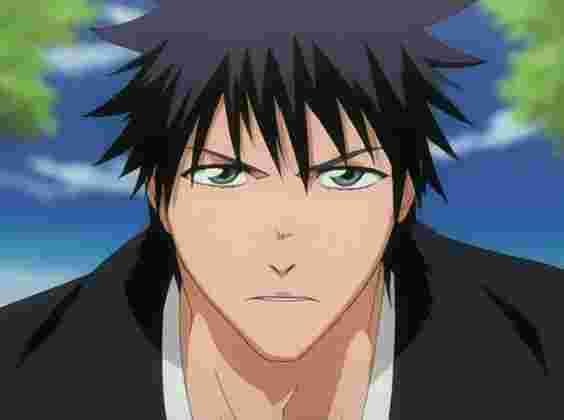 The fourth part of Kurosaki Isshin’s identity and Past is about his relationship with Shiba Kaien. Shiba Kaien, who is also Rukia’s benefactor, and Kurosaki Isshin had a very deep connection. As mentioned above, the “Shiba family” and Isshin belonged to a “branch family,” while Shiba Kaien was the “head family. Therefore, Kurosaki Isshin and Shiba Kaien were related to each other as depicted in the original story.

You may recall the scene in the story where Shiba Kaien is killed by a hollow, and the “branch” of the Shiba Kaien family, the Isshin family, is also mentioned in the original story. Isshin also seems to be responsible for the loss of Shinigami/Soul Reaper power. The Captain and vice-captain of Gotei 13, who came from a prestigious aristocratic family, may be the reason for this outcome.

Identity and Past (5) Why he left Shinigami/Soul Reaper 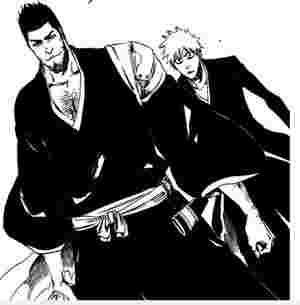 The fifth story about Kurosaki Isshin and why he quit Shinigami/Soul Reaper is that when he came to this world as a Shiba isshin (Captain), he saved Masaki, who was a high school student at the time. With the help of Urahara Kisuke, he was able to connect himself to Masaki by entering a “special prosthesis” and successfully suppressed Masaki’s hollowing out.

He was able to suppress Masaki’s hollowing, which was a good thing, but because the relationship between Masaki and the hollow was not severed, Isshin himself was unable to leave the prosthesis. Isshin himself was connected to the Hollow within his son Ichigo. By severing this connection, he was able to regain his Shinigami/Soul Reaper powers and return as a Shinigami/Soul Reaper.

|The strength of Kurosaki Isshin and Zanpakuto Bankai 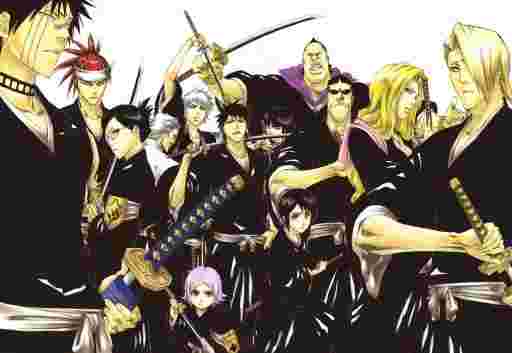 Next, we will discuss the strength, Zanpakuto, and Bankai of Kurosaki Isshin in “BLEACH”. We have just learned above that he is a “Shinigami/Soul Reaper” and also that he was the Captain of 10th Division of Gotei 13. Let’s take a closer look at his strength, Zanpakuto, Bankai, etc. 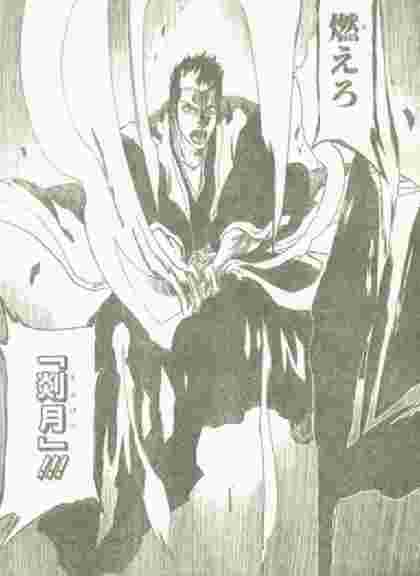 The first of Kurosaki Isshin’s strengths is the zanpakuto “Engetsu”. It is still the same shape as a regular Zanpakuto; it is just slightly different from Ichigo’s Zanpakuto. Since “Engetsu” never appeared in the anime, the color of the Zanpakuto seems to be unknown. By putting spiritual pressure on the Zanpakuto, it is able to cut through hollows.

The speed of movement is normal, but it is known to have a great deal of pressure. He is a Shinigami/Soul Reaper and fights in this world for the first time in 20 years, so he has the power to cut even a grand fisher over 10 meters in half without jumping. He was a lazy person, but he must have been very strong. 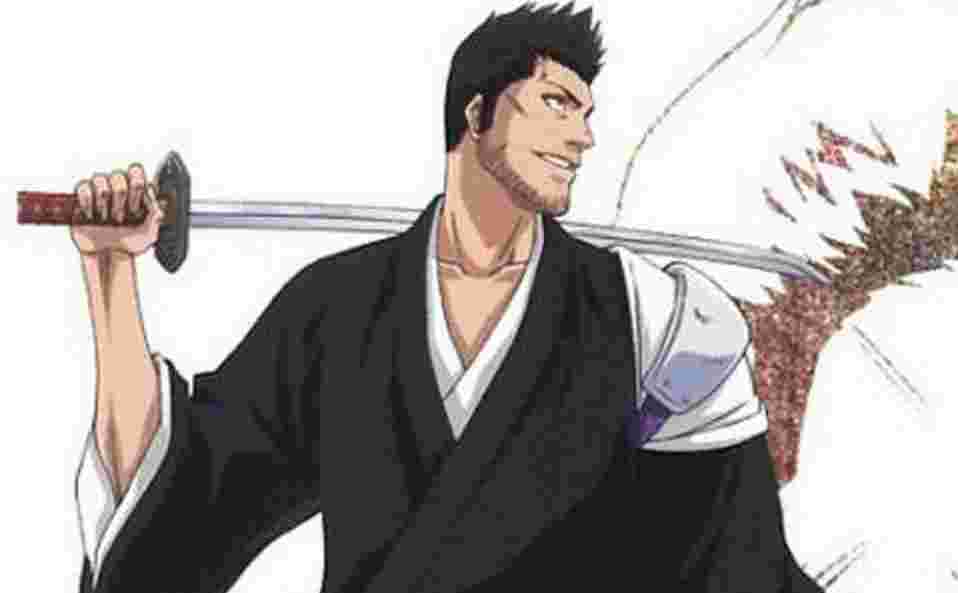 The second strength of Kurosaki Isshin is its “Shikai of Zanpakuto”. As I mentioned earlier, Isshin’s Zanpakuto is “Engetsu,” and the handle of the sword has a cord attached to it, which is in the form of a Zanpakuto that is slightly wide; Kaigo is “burn. It is a type of zanpakuto that is also known as a “fiery” type.

To make Kurosaki Isshin’s Zanpakuto even stronger, “spray it with your own blood”. By doing this, the flames surrounding the sword itself become huge. 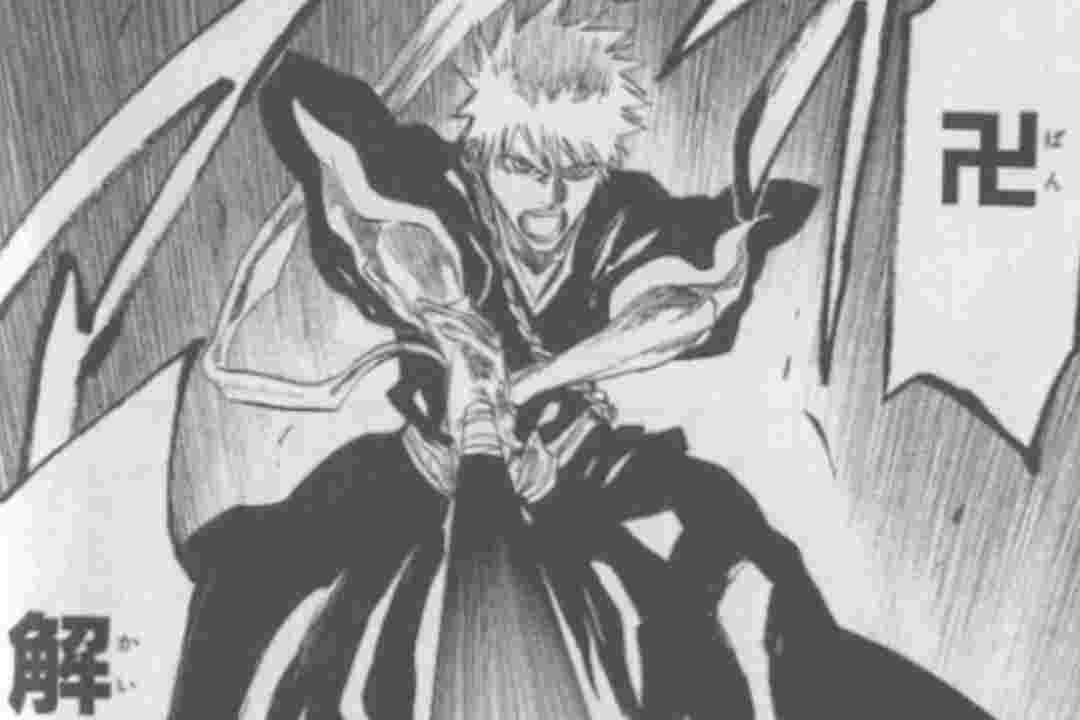 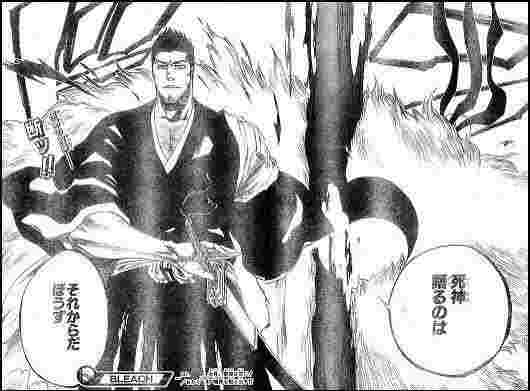 Kurosaki Isshin can use “Agitowari” and “Oni Dekopin” in addition to “Getsuga Tenshō”. Agitowari” is the technique shown in the image above. It is known as the technique that cut down Alankar’s Grand Fisher in two, and seems to have been created by enlarging Zanpakuto to a gigantic size. Oni Dekopin” has a cute name, but it is a technique that can knock down several buildings with a single blow, and it is a very powerful technique! 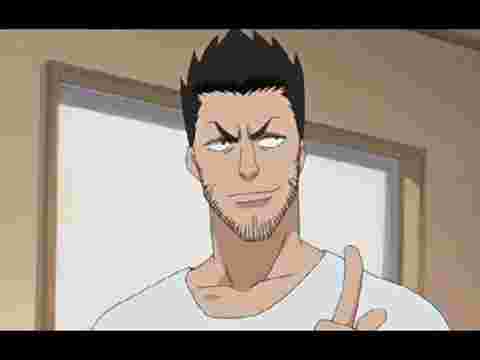 Why were there whispers of an obituary? 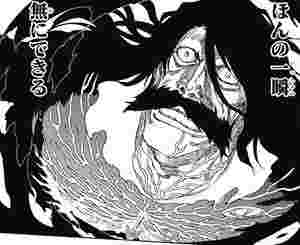 Fighting Yhwach, Ishin and Ishida Ryugen (Uryu’s father) were seriously wounded. The fact that they did not appear in the manga at all after being seriously wounded led to the theory of their deaths. The main characters in the story are Ichigo and his men, so it seems that the battle scene was simply changed to Ichigo and Uryu; those killed in the fight against Yhwach were Genryūsai Shigekuni Yamamoto, the general commander, and Jūshirō Ukitake, the third commander.

Kurosaki Isshin was not deceased. 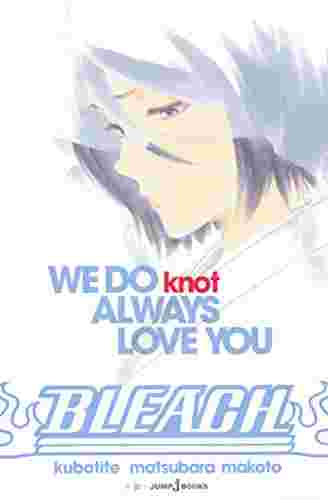 Kurosaki Isshin is severely wounded in the story but does not die. In the novel “Bleach,” he turns out to be a kind father, as depicted after Ichigo’s marriage to Orihime and helping Orihime embroider for Rukia. 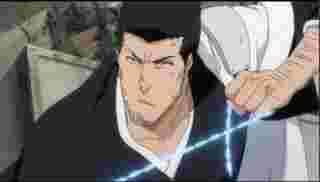 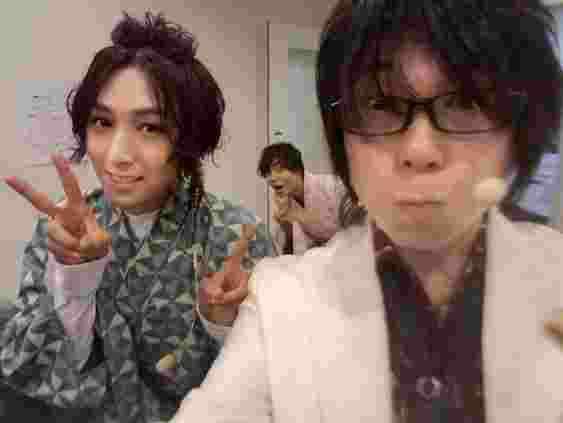 The voice actor who voiced Kurosaki Isshin in the anime “BLEACH” is Toshiyuki Morikawa. When many people think of voice actor Toshiyuki Morikawa, they may think of BL works, anime works, or the voice of Tom Cruise when dubbed. There are many other characters he has voiced besides these works! Let’s take a look at his profile and major works in which he has appeared. 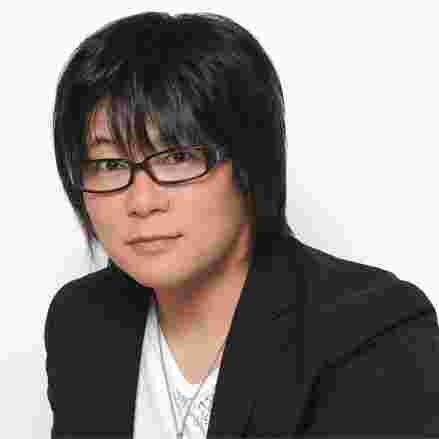 Here is a profile of voice actor Morikawa Toshiyuki.Morikawa Toshiyuki was born on January 26, 1967 (as of September 2019) and is 52 years old. He is known by the nicknames “Morimori” and “Teio”. His height is 172 cm. and his blood type is O. His office is AXEL ONE, of which he is the president. He is active as a voice actor, narrator, singer, and TV personality.

He has appeared in many BL works, and is known as the “emperor of the BL world,” hence his nickname “Teio. He is also known as the “Emperor of BL” and is nicknamed “Teio.” Influenced by “Lupin the Third,” he aspires to become a voice actor and enrolls in “Katsuta Seiyu Gakuin. There, he was classmates with Takeharu Onishi, Wataru Takagi, Kotono Mitsuishi, Shoko Sugawara, and Tomosa Yokoyama (titles omitted), and recalls that the training was very strict. Among his students are voice actors Katsuyuki Konishi, Tomokazu Seki, and Daisuke Hirakawa (honorifics omitted). 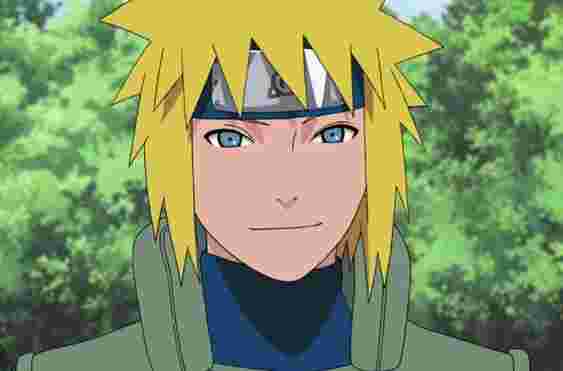 Voice actor Toshiyuki Morikawa is also known as a dubbing voice actor exclusively for Hollywood actor Tom Cruise. In many of his anime works, he has played handsome roles and older brotherly figures, but he has also played high-strung father figures such as Kurosaki Isshin in “Bleach. In “Naruto: Shippuden,” he played the father of Naruto, a popular character. He is a voice actor who can play not only young characters but also old people.

Kurosaki Isshin is usually a gaggle of gags, but when he’s cool, he’s cool, and when he’s on his game, he’s a kick-ass character.