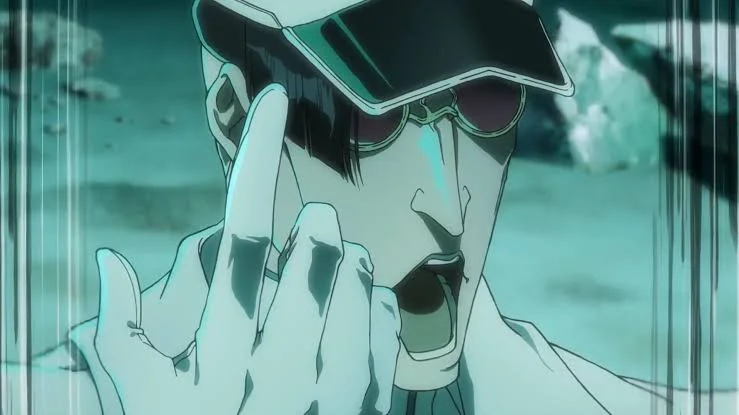 |Quilge Opie is a brutal Quincy

Quilge Opie appears as the brutal Quincy, whose quirky characterization has attracted many fans. He was Yhwach’s subordinate in the early stages of “Bleach: The Thousand-Year Blood War” and is the character that impressed us with Quincy’s strength. Let’s look at “BLEACH” first here.

Bleach” has achieved overwhelming popularity in Japan and is also highly popular worldwide. The total number of copies sold has exceeded 120 million worldwide, and it is known to have a great influence on the works of later generations. The “BLEACH 20th Anniversary Project” is underway, and this work is attracting renewed attention. Here is a brief overview of “BLEACH.

BLEACH” is a manga series created by Kubo Tobito, and has been one of the most popular manga series in Weekly Shonen Jump in the 2000s. The anime series was also a mega-hit, and four film versions were produced; the anime “BLEACH The Thousand-Year Blood War” is scheduled to be broadcast in 2022, and the new manga “BLEACH NO BREATHES FROM HELL” has also been well received by fans. was also well received by fans.

Kurosaki Ichigo is a high school student who was born with the ability to see ghosts. In his battle against Hollow, a powerful evil spirit, Ichigo’s talents begin to blossom, and his power begins to influence those around him, gradually becoming known to the Soul Society, where Shinigami/Soul Reapers reside.

Quilge Opie is one of the Sternritter of “Wandenreich” and is assigned by Yhwach to manage Hueco Mundo as the general hunting captain of “Jagdarmee”. Quincy: Vollständig is “Biskiel”, a Quincy trusted by Yhwach.

Quilge Opie had a strong loyalty to Yhwach. He was proud of his Quincy and was a cruel bully who liked to pick on the weak. He was nervous and would thoroughly dispose of anything that stood against him.

Let’s take a look at Quilge Opie’s strength and war record, as Quilge Opie was the first Quincy to appear in The Thousand-Year Blood War, and his strength is known to have shocked fans.

Strengths and capabilities of Quilge Opie

Quilge Opie’s battle record (1) is “Victory over Ayon”. Ayon was the inner hand of Halibel’s subordinates, Apacchi, Mila, and Sung-Sun of Tres Bestias, but Quilge Opie was initially pushed back by their prowess and vigor, but by invoking Holy Slavery and becoming a spirit child, they were able to eliminate them from existence.

Quilge Opie’s battle record (2) is “Lost to Kisuke Urahara”: after Ayon’s defeat, Quilge Opie fought against Ichigo, but was outmatched by Ichigo’s potential, and in the end, Kisuke Urahara put the finishing touches to his upset. However, Quilge Opie’s role was not over yet, as he kept Yhwach’s orders and dared to hold Ichigo back with his final strength.

Results (3) The Battle Against Ichigo

Quilge Opie’s battle record (3) is “The Battle of Ichigo,” in which Ichigo’s experience in battle with Quincy gave him the advantage, and even his perfect communion, “Divine Justice (Piscier),” was not enough to stop Ichigo. Although he was almost dead, he released his ability to stall Ichigo and locked him up in a “prison”. The ability was impossible for even Ichigo to escape, but it awakened the blood of Quincy in Ichigo.

In case you don’t have the Quincy memorized (or aren’t reading the current manga), Quilge Opie is a commander in the Quincy army. He used to hang out in Hueco Mundo, trying to “recruit” arrancars. Ichigo and he fought, and when Ichigo tried to go to Soul Society, Kirge Opie trapped Ichigo in a special Quincy sphere. Then he was killed by somebody (Grimmjow?). Anyway, if, in between all of that fighting stuff, he had time to woo some ladies, here are some pick-up lines for him!

1. “Feel free to play hard to get. I am, after all, master of the hunt.”
2. “Usually my Blut Vene prevents people from getting under my skin. But you, my dear, have definitely managed it.”
3. “I’m looking for an idiot with spirit. Do you fit the bill?”
4. “My form should make you tremble.”
5. “Hey baby. Wanna absorb my reishi?”
6. “My bow can fire six shots at once, just FYI.”
7. “So I hear you ladies like a man in uniform.”
8. “Maybe it’s the jailer in me talking, but I’d sure like to wrap you up and never let you go.
9. “Are you looking for an angel? ‘Cause I got the halo and the wings.”
10. “Your eyes remind me of my Quincy sphere – they’ve captured me, and I know there’s no escape.”

|Reviews and Ratings for Quilge Opie

There are many people who like Quilge Opie, and his characterization is highly praised. Some people on the Internet said, “I like Mayuri, too, but if anyone has the fastest speed, it’s this guy. He beat Ayon in the end, and I can see Quilge-san moving since the Thousand-Year Blood War anime is being made! The Thousand-Year Blood War is going to be made into an anime, so I can see Kilge-san moving!” “Quilge Opie is my fifth favorite in Bleach,” and “Quilge Opie has crazy specs.