[BLEACH] Nianzol Weizol is a Quincy with two tongues! 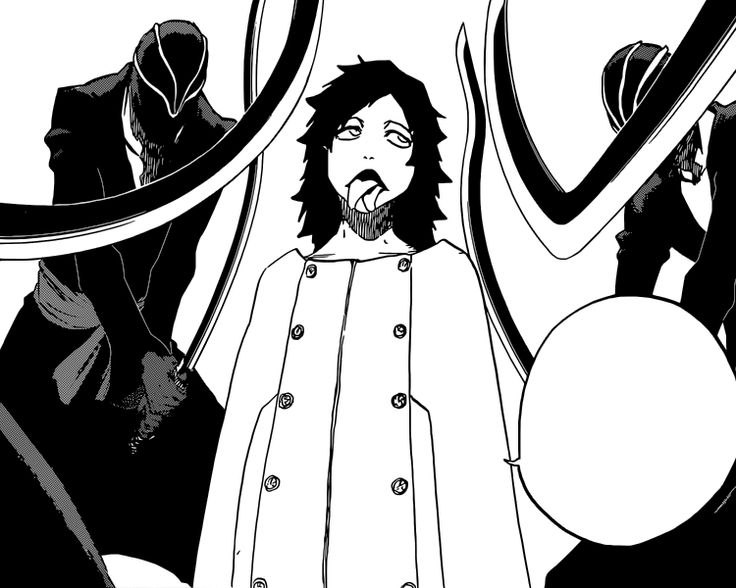 Nianzol Weizol is a Quincy with two tongues and is one of the few Yhwach subordinates who has engaged Zero Division. His abilities and presence have been noted by fans. Let’s begin with some basic information about “Bleach” here.

BLEACH” is a mega-hit manga that has gained fans around the world and is known as a work that continues to generate a passionate following today. Here is an overview of “BLEACH.

BLEACH” was serialized in “Weekly Shonen Jump” and has already been completed with 74 comic books published. The total number of copies sold has exceeded 100 million, and the TV anime has become a mega-hit content that has received extremely high acclaim.

Ichigo Kurosaki was born with the ability to see spirits, and his ability as a Shinigami blossomed when he met the Shinigami, Kuchiki Rukia. He then became an acting Shinigami to protect Soraza-machi, defeating Emptiness, and his success was already being felt by the other Shinigami.

Nianzol Weizol is a member of Sternritter and his holy letter is “W” given to him by Yhwach. His ability name is “The Wind” and he has a unique way of speaking with a duplicitous tongue. He is a long-haired boy with low intelligence, but his fighting ability is considered to be extremely high.

|Is Nianzol Weizol strong? Discussion of abilities and strength

Nianzol Weizol was one of the few Quincy who was taken by Yhwach to the Ling King’s Palace, and his abilities were so powerful that he seemed invincible. Division was also initially taken aback by his ability, which was acclaimed by fans as the most powerful defensive ability in the game.

Nianzol Weizol’s ability to twist and turn (The Winds)

Nianzol Weizol’s ability is “The Winding”. The essence of “The Winding” is to twist things in space. In fact, the sword and Tenjirou’s bath were twisted so that when Tenjirou attacked, he moved to avoid Yhwach and the others with his body. The range of twisting enemy attacks is not very wide, but within that range, he showed an almost invincible evasive ability.

By making it directional, it could also be used for attacks, twisting and destroying the Spirit King’s divine soldiers. The target to be twisted is a target “found by instinct,” which means that it can attack even if it is not visible to the eye.

Consider the strength of Nianzol Weizol

Nianzol Weizol’s strength (1) is “spiritual pressure. Although Nianzol Weizol was a special presence in Quincy because he was brought to the Palace of the Spiritual King, he was not elected to the SS, so it is believed that his spiritual pressure was not special. In fact, it is said that he was a subordinate who was only brought in to see how things were going because he was killed in an instant.

The strength of Nianzol Weizol (2) is ‘toughness’. Because of its invincibility ability, it is considered to have no toughness at all. Once its ability is broken, it shows such fragility that it has almost no durability and can be killed in an instant. It could not be revived like the SS.

Nianzol Weizol’s strength (3) is its “offensive power. Although its ability appears to be only defensive, it actually has tremendous offensive power, and once within the range of its ability, even the divine soldiers of the Spirit King were destroyed in an instant.

Nianzol Weizol’s strength (4) is ‘speed’. Because of its overly powerful ability, it did not need to defend itself, and its movements were slow. There was no need to actively eliminate the enemy, and even if attacked, he rarely showed any movement during the battle because he had a way to evade the attack.

Nianzol Weizol’s strength (5) is “Combat skills. The biggest weapon in Nianzol Weizol’s arsenal is that he has “very nasty abilities,” nothing more, nothing less. His combat skills were poor and he did not even seem to understand how to get killed.

|Consider Nianzol Weizol’s activities in the Thousand Year Blood War and his pecking order in Sternritter.

In the end, he was killed by Sentemaru’s high-speed stitches that pierced him with needles from the inside, a scene that shows the overwhelming power of Zero Division. It turned out to be Quincy who had been abandoned by Yhwach.

Nianzol Weizol Quotes and Famous Lines (1) “It is often said…”

Nianzol Weizol’s quotes and famous lines (1) are full of Nianzol Weizol’s characterization; Nianzol Weizol is said to have a lisp because his tongue is split in two. However, he never revealed details about his abilities either, which made the line quite creepy before the battle.

Nianzol Weizol’s famous quotes and lines (2) are the ones he said to Zero Division, which had been licking Nianzol Weizol’s chops and then showed its rather creepy and powerful power.

Nianzol Weizol’s activities in the Thousand Year Blood War Arc spoiler #3 is “Nianzol Weizol from Yhwach’s point of view”. Since only the chosen ones were taken to the Palace of the Ling King, it is believed that they were highly regarded by Yhwach. However, they were killed in an instant before the strength of the Zero Division and could not live up to Yhwach’s expectations.

Nianzol Weizol’s activities in the Thousand Year Blood War and spoiler #4 is “Nianzol Weizol’s pecking order in Sternritter” Nianzol Weizol’s ability is a nasty one, but it is suitable for defense but not for offense. Therefore, he is considered above the middle, but weaker than his closest aide, Hashwald, the SS, Gremy with his substandard abilities, Buzz Bee, who has defeated several captains, Bambietta, and others.

|Consider how to defeat Nianzol Weizol

Here we will discuss how to defeat Nianzol Weizol. Nianzol’s ability is “The Twist and Turn” of the Holy Letter W, so a simple attack could not do any damage, even in Zero Division, a simple attack would have been toothless.

Consideration 1) How to defeat Nianzol Weizol

How to beat them (1) Detecting the range of their abilities.

How to beat them (2) Unusual speed of attack

The second way to defeat Nianzol Weizol is to “attack at an abnormal speed. Furthermore, it is necessary to attack before the opponent is aware of it. since Quincy has high basic combat skills, it is necessary to have an attack speed that is too abnormal to be noticed by Quincy, and in fact, Sentemaru was attacking at a speed that was unnoticeable to the eye.

How to beat them (3) Bringing Nyanzor out of the shadows.

Consideration 2) Who is the character that can defeat Nyanzor?

|Reviews and Ratings for Nianzol Weizol

Nianzol Weizol is said to be strong. Some people on the Internet said, “I’ve always assumed that Nianzol Weizol is strong enough to be the successor to the SS because he is accompanying the king’s palace, but is it just me? Some people on the Internet said, “Nyanzor was killed in the blink of an eye by a thousand hands, but if he is here with His Majesty, does that mean he is stronger than Buzz Bee and Liltotto? Some people also said, “Nyanzor-kun, since he was brought to the top, he is second only to the SS in terms of strength.

Nianzol Weizol is a popular character!

Nianzol Weizol is considered a popular character and has been praised by many fans. Some people on the Internet said, “I didn’t think Nianzol would be killed off in one week. I really liked his ghetto-like character design,” “My favorite character in Bleach is Nianzol,” and “I like him even among the characters with few scenes. I like Kajomaru and Nyanzor a lot among the characters who don’t have many scenes.

In this article, we have introduced basic information about Nianzol Weizol in “BLEACH”, his abilities, the theory that he is strong, his activities in the Thousand Year Blood War Arc, his ranking in Sternritter, how to defeat him, reviews and evaluations on the Internet, etc. Nianzol Weizol is unique among the Quincy, and has made an impression on many fans. Please pay attention to Nianzol Weizol and enjoy “BLEACH”.