[AOASHI] Toruji Kobayakawa is a reliable senior of Esperion Youth! What is his position and ability? 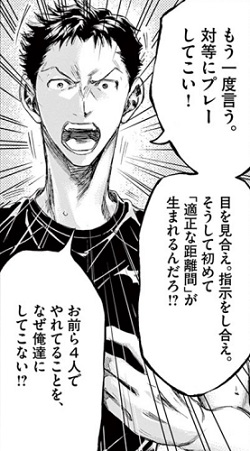 |Kobayakawa of AOASHI is a cool senior at Esperion Youth

AOASHI” is a manga that is said to be gaining fans not only among soccer fans but also among people who do not know anything about soccer. 2022’s TV anime adaptation is said to have spurred the popularity of “AOASHI”. Here we feature Kobayakawa Tohji, a cool senior student of Esperion Youth in “AOASHI,” and we look at his personality and background, an offer from J2 Yamagata, Kobayakawa Tohji’s voice actor, and other cool things about him. Please take a look.

AOASHI” is known as the first sports manga by its author, Yugo Kobayashi. He still lives in Matsuyama City, Ehime Prefecture, and has published “Fermat’s Cooking”, “Short Piece”, and “AOASHI Brother Foot” in parallel with “AOASHI”. Here, we will look at some of the charms of “AOASHI,” the masterpiece of the prolific and fast-writing Yugo Kobayashi, and introduce some of the information about his other works. Please take a look at the outline and synopsis of “AOASHI.

AOASHI” has been serialized in Big Comic Spirits magazine since 2015 and is entering its eighth year of serialization. As of October 2022, “AOASHI” has already been published in 29 volumes. A spin-off manga by Yugo Kobayashi himself, “AOASHI Brother Foot,” is also serialized in the same magazine and has already been published in one volume. An animated TV version of “AOASHI” was broadcast from April to September 2022. The BD/DVD box set is currently on sale (two volumes planned).

AOASHI” features Aoi Ashito, a junior high school soccer player from Ehime Prefecture. Although his individual skills are mediocre, Ashito has the ability to see the whole field from a bird’s eye view. Tatsuya Fukuda, the director of Tokyo City Esperion Youth, discovered his talent and asked him to apply for the Esperion Youth Selection, and he moved to Tokyo. Asito grew as a player while competing with rivals and friends he met during Esperion’s selection process.

|Kobayakawa’s position and competence in AOASHI

Kobayakawa Tohji, who appears in the popular J-Youth soccer manga “AOASHI” written by Yugo Kobayashi, is regarded as a cool senior player of the Esperion youth team who leads Asito and his friends. What kind of player is Kobayakawa Tohji? Here we introduce Kobayakawa Tohji’s position and ability in the manga “AOASHI,” as well as the episode of his offer from J2 Yamagata. Please take a look.

Here we will introduce the position of Kobayakawa Tohji, a cool Esperion youth player in the hit soccer production “AOASHI,” whose TV anime version has been described as being as popular as the original manga.Kobayakawa Tohji’s position is Midfielder and defender. A midfielder is a player who plays in the middle of the formation, and is said to be an important position that requires both offensive and defensive skills depending on the game situation.

A defender is basically a player who stands in front of the goalkeeper and defends against the attack of the opponent. In Kobayakawa Tohji’s case, the position can be both midfielder and defender, depending on the formation of the game. Kobayakawa Tohji is not the type of player who puts himself forward, which makes it easy for him to work well with offensive players such as Asito and Nagisa Akutsu.

Here is the J2 Yamagata offer episode of Kobayakawa Tohji, a cool 3rd year player from Esperion youth team in the popular soccer manga “AOASHI” Unfortunately, Kobayakawa Tohji did not make the Esperion promotion team, so he decided to go to college. He was about to decide to go to university, but he was offered the Premier League. Before the final game of the Premier League, he received a selection offer from J2 Yamagata through coach Tatsuya Fukuda. He accepted the great opportunity to become a professional soccer player.

J2 Yamagata in “AOASHI” is a real professional soccer team. Its official name is Montedio Yamagata. Montedio Yamagata was originally founded in 1984 by NEC Yamagata Soccer Club, and joined the J-League in 1999. As mentioned earlier, Kobayakawa Tohji chose not to play for Aomori Seiran High School, but instead was selected to play for J2 Yamagata. He said this decision was evaluated as cool!

|Kobayakawa’s character and background at AOASHI

AOASHI, a very popular J-Youth soccer manga serialized in Big Comic Spirits, is known for its many cool characters. What kind of personality does Kobayakawa Tohji have? Here we will discuss and introduce the personality and background of Kobayakawa Tohji from the manga “AOASHI”. Please see the results of the discussion.

Here we discuss and introduce the character of Kobayakawa Tohji in the very popular J-Youth soccer manga “AOASHI” written by Yugo Kobayashi Kobayakawa Tohji is said to be portrayed as a senior player with a very caring personality. His character comes to the fore in the Esperion Youth vs. Tokyo VANS match. Here, Kobayakawa Tohji skillfully inspired Asito and his teammates with the words, “Come with the mindset that what you are able to do, we can do as well.

Kobayakawa Tohji is also described as having a leadership personality. This character was also seen in the Esperion Youth vs. Tokyo VANS game. The captain of the team, Kenta Yoshitsune, was not available for this game, so Yoichi Kiriki was appointed as the temporary captain. However, because of his quiet nature, Kobayakawa Tohji followed him during the pre-game circle and other activities. His follow-up was exquisite and boosted the team’s morale, and many fans thought he was cool.

Here we discuss and introduce the career of Kobayakawa Tohji, a third-year Esperion youth player who appears in the hit J-Youth soccer manga “AOASHI,” which is also serialized in a spin-off work “AOASHI Brother Foot” in Big Comic Spirits. The details of Kobayakawa Tohji’s Esperion Junior Youth career are not known at this time. Since he was promoted from junior youth to youth, it is assumed that he was a very talented player and had a good track record.

Kobayakawa Tohji’s career from his freshman to sophomore year at Esperion Youth is also not clear, but it can be seen that he has been a mainstay player. Although he did not make it to Esperion, he was offered a selection by J2 Yamagata. AOASHI” has been actively developing spin-offs, and there are many fans who would like to see Kobayakawa Tohji’s selection by J2 Yamagata featured in a spin-off.

|Voice actor of Kobayakawa of AOASHI

The hit J-Youth soccer manga “AOASHI,” written by Yugo Kobayashi, had its TV anime version aired from April to September 2022 for a total of 24 episodes. The TV anime version is said to be very well received, and since the original manga is still being serialized, the production and airing of a second season is already being anticipated. Here we feature the voice actor who plays Kobayakawa Tohji in the TV anime version of “AOASHI. Here is a profile of voice actor Yoshiyuki Matsuura and his main works. Please take a look.

It is said that Yoshiyuki Matsuura has wanted to become a voice actor since he was a student. Yoshiyuki Matsuura’s voice acting debut was as Ishida in the 2014 animated TV series “Inari, Konkon, Koi Iroha. He then went on to play many mob characters. Since then, he has expanded his acting range by playing many mob characters and is said to be gaining popularity and recognition year by year. In recent years, he has been expanding his activities to include not only voice acting in TV and movie animations and games, but also voice dubbing and narrating, and is expected to do even better in the future.

Here we introduce the main works and characters played by voice actor Yoshiyuki Matsuura. He played the role of Michinari Akagi in “HIQUE! TO THE TOP”, as Michinari Akagi, as Iwao in “Grapnir”, as Kousoudan in “Inazuma Eleven: The Scales of Ares/The Mark of Orion”, as Zarem and Kohaku in the game “Thousand Memories”, as Axila Taurus in the web anime “Bakugan Armored Alliance”, as Sapirius in Geogan Rising” as Serpirius, and many others.