Chainsaw Man: Is Power Dead In The Anime? 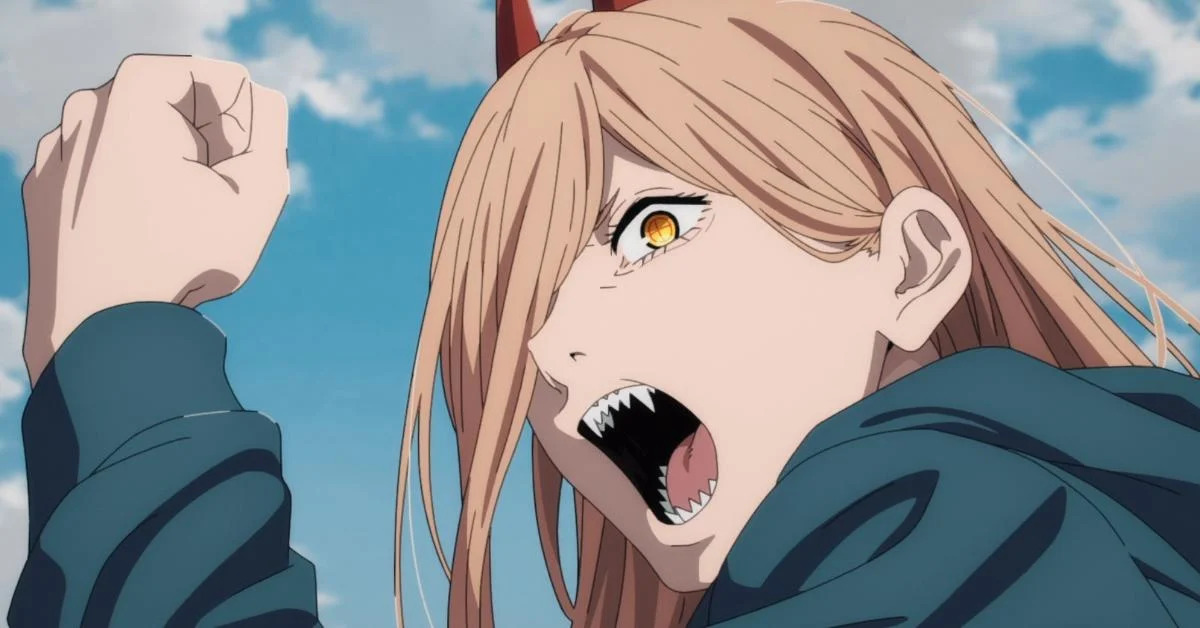 Power was newly introduced by Chainsaw Man as a Public Safety Devil Hunter with Makima’s elite unit. Those who have read the manga are fully aware of Power’s talents as well as how selfish, egotistical, and unreliable she is. She is also showing her true colors to those who first encountered her through the anime adaptation of the series.

However, it is her distinct personality that sets her apart from the other characters. As a result of the events of the previous episode, fans are unsure as to whether she will continue to appear in future episodes or if she has left the show permanently. Let’s look at what happens to her in the show.

Power asserted that in her previous life as a devil, she was so feared that other devils would run from her scent, but this may just be boasting. [23] As a Devil, Power is endowed with all of the typical devil abilities, including the capacity to enter into contracts with humans in exchange for rewards, heal herself by ingesting blood, take control of a deceased person’s body and consciousness, transform into a fiend, and rise from the dead in Hell.

Power currently only has one contract, which is with Denji. [24] Power entrusted Denji her blood in return for a promise to track down and befriend the resurrected Blood Devil. Denji disrupted Makima’s regeneration by using her blood to make a blood chainsaw.

Blood Manipulation
Power is able to freely shape her body’s blood into weapons. [28] Although she acknowledges that it is challenging, she is also able to control other people’s blood through direct contact and stop them from bleeding out. [29] By fusing her own blood with that of her target, Power can also alter their capacity for regeneration.

Blood Hammer
Power may utilize her own blood to forge a massive hammer that she can use to stomp on foes. She can create handheld ones that are smaller as well.
Blood Spear
Power can fashion a spear out of her own blood and stab her prey with it. To surprise her opponent, she can make spears appear out of thin air by hiding bottles containing her blood in the area as traps.
Thousand Tera Blood Rain
Power is able to give someone her blood and life energy through a contract, much like Pochita was able to absorb Denji’s body. It was sufficient to completely repair Chainsaw Man’s body, which had suffered severe damage.

Blood Empowerment
Power is a demon who can replenish her health by ingesting blood. [32] Her regeneration abilities are stronger than those of other demons because she is also the Blood Devil. When Power consumes excessive amounts of blood or swallows the blood of a stronger devil, her power dramatically rises. She is seen to grow more horns from her head after consuming too much blood. In this situation, Power only needs one punch to knock Denji through the ceiling. Even after she dies, she can revive herself by ingesting the blood of the more powerful devil in little amounts.Pochita took advantage of this power by allowing the blood from her within the Denji’s body to consume itself after Makima defeated the Chainsaw Man. After consuming some of Denji’s blood after swallowing Chainsaw Man’s blood, Power came back to life as the devil. Her blood manipulation, speed, strength, and durability have all significantly improved. She can withstand Makima’s dominance powers after she transforms.

Power is immature, rapacious, and nearly wholly self-serving. She often fights as if she stands to gain and is confident in winning, and she has no issue leaving a battle if she is the stronger party. Due to her status as a fiend, she feels the need to brag about how much better she is than the other Devil Hunters. She openly acknowledges that she has no loyalty to either humans or devils and will support the victorious side. Power also enjoys the excitement of a battle, as well as flaunting her strength and demonstrating her superiority.

She became elated as she faced an army of zombies and instructed Denji to pay close attention as she defeated them all by herself. She is very egotistical and frequently exaggerates her abilities before giving up on them midway through when things don’t work out for her. She frequently places the blame for her actions on those close to her.

Additionally, Power is untidy, rude, and believes that others should clean up after her. She readily admits that she rarely takes a shower or uses the restroom and believes that people are overly sensitive if they care so much about their personal hygiene.

Power has a propensity to come up with several ways to reduce people to submission and suffering. She spent the majority of the time they were imprisoned in a hotel due to the Eternity Devil’s power “planning” to win a Noble Prize and become prime minister of Japan so she could increase their taxes by 100%.

She has no problem talking about her friends behind their backs and spreading rumors, even telling the Angel Devil the truth about Aki’s short life expectancy.

Power doesn’t distinguish between pork, beef, or human meat; he’ll eat any of it, even if it’s repulsive zombie flesh. When she finds veggies in her dinner, she throws them aside because she detests them. Power is a voracious eater who stuffed herself silly with food during the Division 4’s newcomer welcome party while storing food that the team required to withstand the Eternity Devil’s trap. Power responded that she desired to suck a human’s blood until they died when Aki inquired about the possible reward for their task. Power became ecstatic at the prospect of receiving Denji’s blood when promised.

Power experiences severe PTSD after visiting Hell and seeing the Darkness Devil’s power in action. She becomes utterly terrified of being by herself and fears that the Darkness Devil will suffocate her. She needs Aki and Denji to help her eat, bathe, and sleep as a result, which exposes a more vulnerable side of her.

Power, who is incredibly self-centered, was finally able to feel compassion for her pet after previously only caring about the taste and smell of blood and the sensation of death when she was killing something. When her pet cat Meowy was taken, this inspired her to act in the best interests of another being.Power also starts to show affection for a small group of close pals, including Denji, as seen by her buying him a birthday cake and then putting herself in danger to defend him. She also seems to care for Aki, as she expresses sadness and fear over his transformation into the Gun Fiend. Power, in contrast to her core beliefs, grew to have such a strong loyalty to her friend Denji that she resisted the urge to sacrifice him to Makima in order to save herself. As a result, Power saved Denji’s life at the expense of her own, demonstrating her ability to put others before herself.

The relationship between Power and Denji started out sour, with Power being completely willing to mislead and sacrifice Denji to the Bat Devil for Meowy’s benefit. But after Denji saves Power and Meowy, they start residing together at Aki Hayakawa’s house and start to get along better. They frequently fight and are irritated with one another, as well as getting in the way of Aki as a couple.Power eventually grows very fond of Denji and will even go against Makima’s wishes and risk her own life to protect him. Power regards Denji as her very first buddy and holds him in high regard. As Makima mentions, Power took on a sisterly role for Denji, and the two frequently fight like siblings.

|In episode three, what happened to power?

Even though it costs him money to work with someone dishonest like Power, Denji’s only incentive for continuing to serve as a Devil Hunter right now is getting to feel what it’s like to touch breasts. Denji touches her breasts in exchange for her cat’s release from the Bat Devil after she detects his yearning. They travel to the lonely home where the Bat Devil resides after Denji accepts her offer. However, Power had intended to feed the Devil Denji so that the Devil would leave her cat alive.

But when the Bad Devil doesn’t enjoy the taste of Denji’s blood and decides to eat Power and her cat instead of leaving them both alone, Power’s scheme fails. He then departs for the city where he will consume more blood. Denji pursues him, and the two get into a dramatic fight that ends with the death of the Bat Devil. Denji rips Bat Devil’s body apart in her pursuit for Power and her kitten despite Power having betrayed her. Fans are curious about Power’s fate because we don’t see Power living until the very end of the episode.

Fortunately, Power has a long way to go in the series and Denji will finally save her for those who wish to see her well and alive. Stronger bonds like the one Denji and Power have throughout the series are uncommon. They support one another throughout the series despite their differences. We shall see Power and her cat residing in Aki Hayakawa’s house after Denji rescues them, where their friendship will continue to deepen.

In the manga, Power has appeared in various arcs after this one, including Eternity Devil Arc, Katana Man Arc, Bomb Girl Arc, International Assassination Arc, Gun Devil Arc, and Control Devil Arc. At the moment, the anime version of Chainsaw Man is following the Bat Devil Arc.

Power is still around for the time being, and the anime adaption has a lot more of this incredible character for us to enjoy. But does the manga still feature her? Sadly, Power is no longer living in the Chainsaw Man manga. In the Control Devil Arc chapter 91, “Power, Power, Power,” she passes away. We get to see the close friendship that Power and Denji have, making it one of the most heartbreaking chapters in the entire series.

The chapter shows Power and Makima fighting, with the former refusing to let go of Denji, whom she has encircled in all four of her arms. Power continues to insist that she did not give Denji’s body despite knowing the outcome of her altercation with Makima. Power had previously held the opinion that no life was ever important, but at that point, she began to see Denji as an exception.

Power begins to explain to Denji that she won’t be herself when she dies and that devils go directly to hell after they die. She does, however, demand a guarantee that he will track down the Blood Devil, transform it back into her, and make up with her once more when she isn’t. She ultimately passes away after giving Denji her blood in exchange for locating the Blood Devil once more.