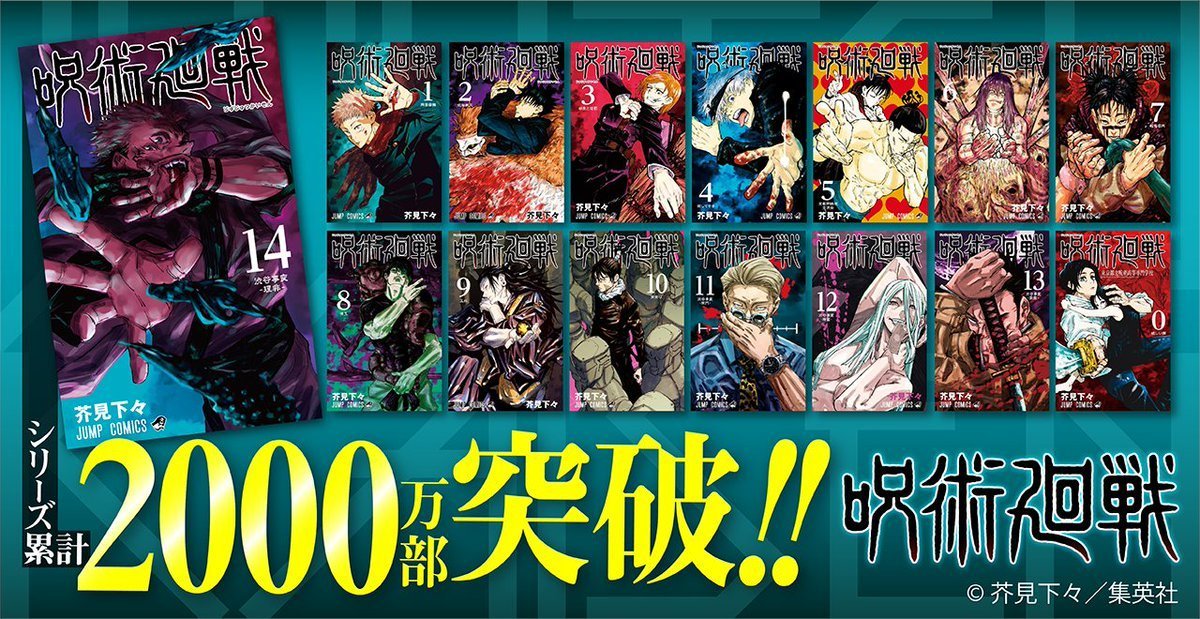 The manga “Jujutsu Kaisen” by Gege Akutami, which is serialized in “Weekly Shonen Jump”, it was announced on official Twitter that the cumulative circulation of this work series (including the digital version) exceeded 20 million on January 13, 2021. Since the start of TV animation in October 2020, the circulation has exploded to 10 million on October, 15 million in December, and 20 million.

A Dark fantasy themed story “Jujutsu Kaisen,” which was serialized in March 2018, depicts the spectacular story of the main character, Yuhito Torakane, who has harbored a vicious curse in order to save his friends from the “curse” that leads people to death. TV animation will also start broadcasting in October 2020, and it is a popular work that is now attracting attention due to its attractive stories and characters, and the powerful animation expression in the anime version.

As the series thrives through numerous channels, there is no doubt this anime/manga series will bring a huge impact to the anime industry. It’s only a matter of time until we get to see the movie of this series which will definitely become a big hit as “Kimetsu no Yaiba” and the latest popular dominating box office film “Gintama THE FINAL“.