Spoiler alert for the manga “Mieruko-chan”! A horror and comedy story? 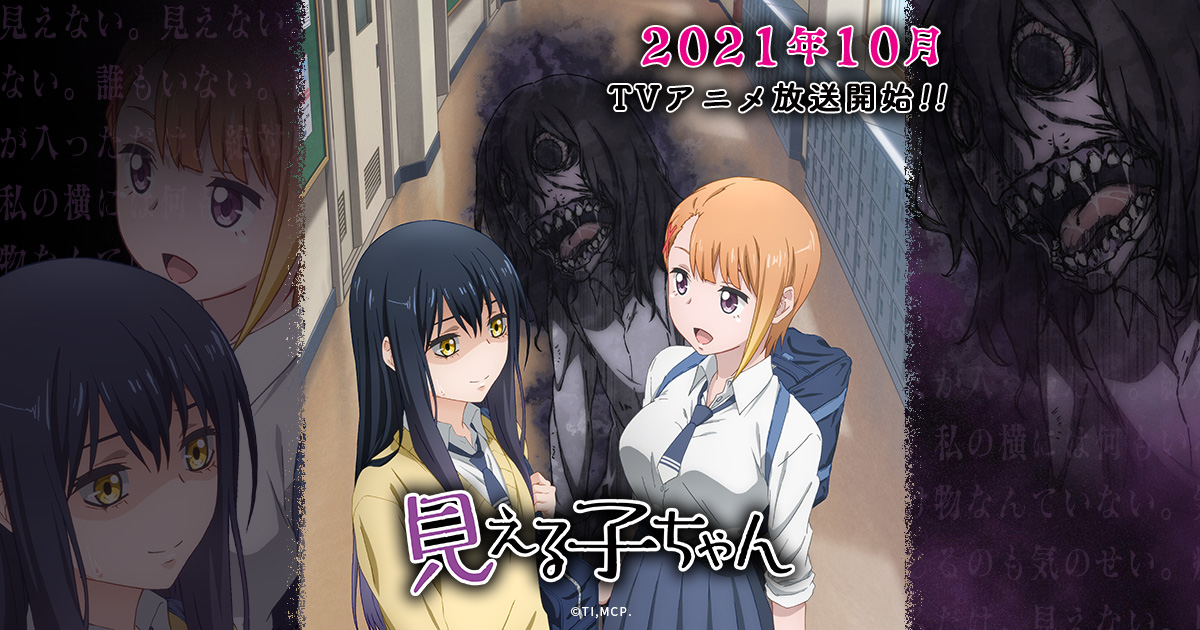 Miko Yotsuya is a high school girl who has become able to see things that normal people can’t, such as strange and dangerous people. Mieruko-chan”, which is currently being serialized in “ComicWalker”, depicts her life full of fear and laughter. In this article, I will explain the spoilers of “Mieruko-chan” ahead of the anime broadcast! This article contains spoilers for “Mieruko-chan” as of September 2021, so please be careful when reading.

|Spoilers for volume 1 of Mieruko-chan!

Miko Yotsuya, a high school girl, has a peculiar constitution that has made her suddenly able to see strange monsters. She has been doing her best to pretend that she is invisible so that the fact that she can see monsters will not be noticed. Miko continues to try her best to avoid the scary monsters that appear out of nowhere. When she and her friend Hana Yurikawa find an abandoned cat and reach out to it, she doesn’t react even though the monster is inside the cardboard. While the two are looking for a foster home for the abandoned cat, a man calls out to them. However, the man is possessed by several animal-shaped monsters, and Miko, suspecting abuse, refuses to give up the abandoned cat. Miko bought some prayer beads, but while they worked on the smaller monsters, they didn’t work on the bigger ones. The Godmother, a famous psychic, loses confidence and closes her fortune telling business.

|Spoilers for volume 2 of Mieruko-chan!

|Spoilers for volume 3 of Mieruko-chan!

While watching Zen Tohno, who has arrived as a substitute teacher, Miko is warned by a horrible monster not to look at him. The monster repeatedly gives extreme advice to anyone who looks at Zen. After school, Miko is attacked by a child monster in the park and is saved by two gods she saw at a shrine. The gods, who had saved her once before, held up two fingers and left the scene. Miko, who witnessed the scene where Zen saved the kitten, confesses her mistake and apologizes. It seems that he was controlled by his mother when he was a child. “Miko realizes that the monster who warns her not to look at him is Zen’s mother. She is determined to protest against her mother, and when God appears, her mother disappears.

|Spoilers for volume 4 of Mieruko-chan!

Mitsue Takeda, the Godmother, is hard at work in the countryside. However, when she sees a photo of Hana and Miko at the shrine attached to a letter from an unknown sender, she decides to return as Godmother. While Miko was being given a mysterious stone by a mysterious man who calls himself Rom the Prodigy, Yuria was also glued to Rom’s video. Miko goes to the shrine to pay her respects, but there is no shrine there. Miko is chased by the monsters that are waiting for her. Once again, the two guardian gods help her out, but the gods are angry at her for tearing up their offerings. After protecting Miko in the forest, the godmother tells her that the shrine is not of this world.

|Spoiler alert for volume 5 of Mieruko-chan!

The Godmother is visited by Rom, who claims to be her former disciple. It was Rom who had sent her the photo. Hana, who also had contact with Rom, caught a cold and fell asleep. Seeing that her aura is weakening, the monsters attack her, but the gods help her again. But the gods still keep their grim faces. On her way home from school, Miko goes to Mother’s fortune-telling place because she is worried about the shrine. But Mother is not home, and Miko is taken out into the forest by Rom, who is there. She overheard Rom talking about how he could see more monsters than Mother. Mother hears about this fact from a neighbor’s spirit and follows her. Miko, who took Hana to the shrine, felt responsible for the fact that she was being targeted by the gods. And even though Mother stops her, she makes up her mind to go on as well.

|Consider the meaning of “sankais” released by God! 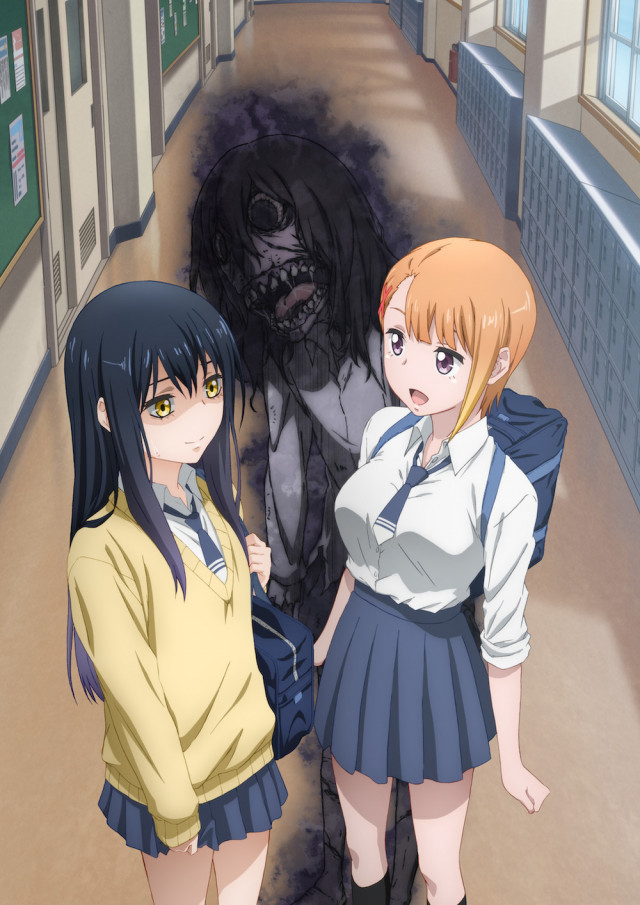 Sankai” was released by the gods when the shrine was first visited. This in itself, as Miko interprets it, can be safely assumed to mean “help three times”. However, even though the “Sankai” was supposed to have ended with the defeat of Zen’s mother, God continued to help Miko and the others. In the scene where the gods help them for the fourth time or later, one of the gods is depicted with a stern and furious expression. The godmother also seemed to be keeping Miko away from the shrine. Miko is praying at the shrine, saying “I will do anything. Perhaps she has signed a ridiculous contract that says, “In exchange for saving me three times…”.

|Meet the main characters of Mieruko-chan! A collection of personalities? 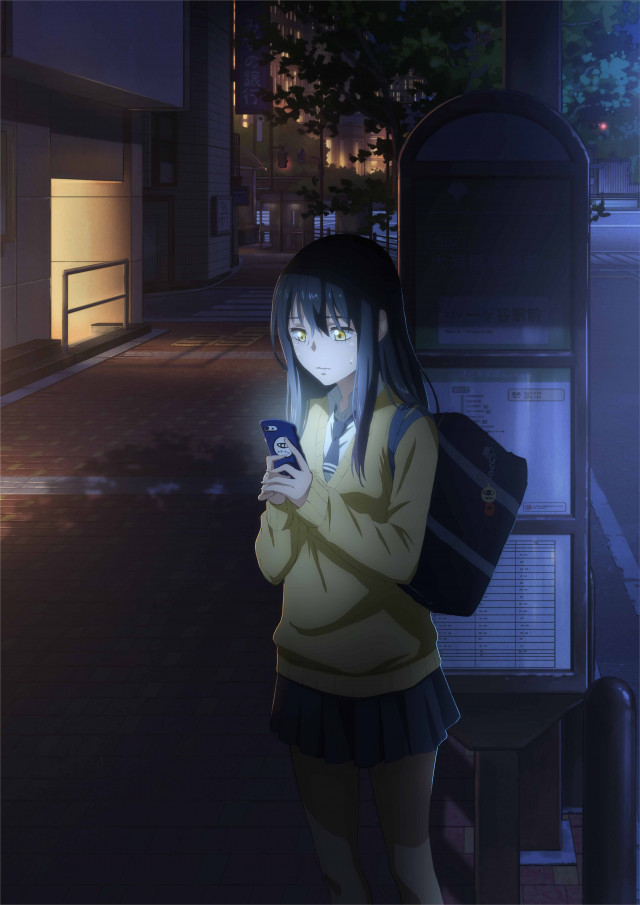 Yotsuya Miko is the protagonist of this story. She is a tragic high school girl who suddenly became able to see monsters one day. She is a high school girl who has the misfortune of suddenly being able to see monsters. She pretends to be unaffected when they suddenly appear, but secretly she is so scared that she wants to cry out every time. Despite his fear, he can act for the sake of his best friend, and is very friend-oriented.

The character of Yotsuya Miko in the TV anime is played by Amamiya Sora, a voice actress who is also active as a singer. She is a talented actress who has won the Seiyu Award for Best New Actress, and her most famous role is Kirishima Touka in “Tokyo Ghoul”. 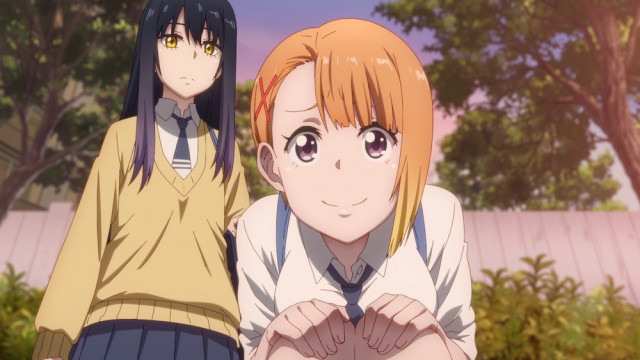 Yurikawa Hana is Miko’s best friend and classmate with big breasts. She has an innocent personality and always surprises Miko with her unusual appetite. She has a strong life aura that easily attracts monsters and spirits, but she is not very good at psychic things. It is revealed that the life aura can be recovered by eating.

Kaede Honjyo, a voice actress affiliated with IM Enterprises, voices Hana in the TV anime. Her most famous role is as Honjyo Kaeda in “I don’t want to be in pain, so I’m going to focus on defense. Her notable roles include Honjyo Kaeda in 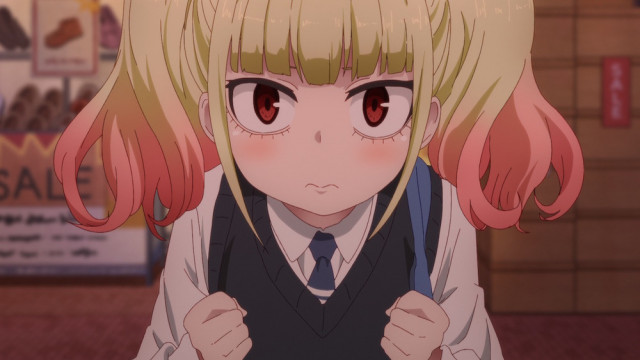 Niguredou Yuria is a classmate of Miko and Hana, and like Miko, she can see monsters. She is aware of the difference in ability between herself and Miko, Godmother, and Rom, although she is mistaken. For this reason, she calls herself “Godmother’s number one disciple” and is struggling to become a good psychic.

The role of Yuria in the TV anime is played by Sakura Ayame, a voice actress nicknamed “Ayaneru. She started her voice acting career when she was a student and has played many main characters. Some of her representative roles include the role of Mary Nightmare in “Yume-Eating Mary.

Tono Zen is a temporary classroom teacher who has been assigned to Miko and Hana’s class. He is surrounded by a large number of animal-shaped monsters, and in the past, Miko refused to give him an abandoned cat. Zen is refreshing to look at and is popular with his neighbors and students. However, he has no interest in humans and occasionally shows a cruel side.

Mitsue Takeda is a famous fortune teller and psychic, known as the “Godmother of downtown. She discovers Miko’s unlucky constitution and gives her a bead into which she has poured all her power. However, when it didn’t work, she felt her limitations and temporarily lived in hiding in the countryside. He has made it clear that he will not take on any more disciples, but he still cares about Miko in some way.

Kyosuke is Miko’s younger brother. He notices a change in Miko and wonders if she has a boyfriend. During the story, he searches for Miko who has disappeared and follows her to find out the cause of her change, showing a little too much sisterly love.

Shindou Romu is a former disciple of the Godmother. Although he looks and sounds fishy, Yuria says that his psychic abilities are real. In fact, of all the characters in the series, after Miko, he is probably the one with the greatest ability to see monsters. He usually runs an online salon and sells power items at a high price.

|I can’t wait for the anime of Mieruko-chan to air! Check out the synopsis and get ready!

I was a bit confused upon watching the anime, thanks for this and the spoilers since I cant contain myself but doest have much time to read the manga.

Hi, will wait for the update of character’s background!!!