Spoilers and thoughts on the final episode of The Case Study of Vanitas (manga)! Can’t wait to see how it ends! 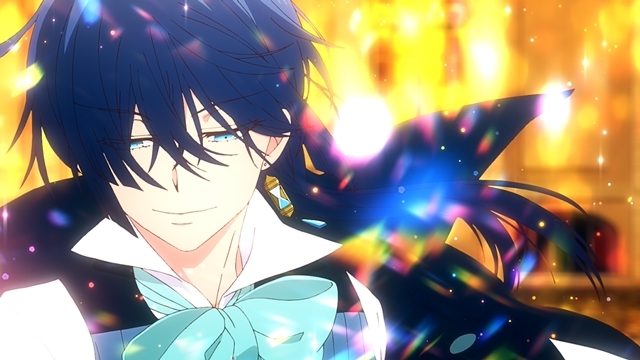 The Case Study of Vanitas by Jun Mochizuki was serialized in Gekkan Gangan JOKER from December 22, 2015. It is a story about a young man who is a vampire and a human who calls himself a vampire doctor who cures a curse (disease) placed on vampires and saves vampires.
In the process of saving the vampire, there are a lot of battle scenes and it is very enjoyable. The characters in the story are beautiful and cool, so please try reading The Case Study of Vanitas.

In this article, I’m going to give you a step-by-step guide to the story of The Case Study of Vanitas. Here are some step-by-step spoilers and thoughts for you.

|Synopsis of The Case Study of Vanitas

|The Case Study of Vanitas Spoilers and Comments

His name is Vanitas, and he says that if the cause of the runaway vampires is left unchecked, they will be destroyed in the not-too-distant future. He also declared to Noe that he would stop it and that he would definitely save the vampires regardless of their intentions.

He then presses Noe to help him.
However, Noe stubbornly refuses.

After the ruckus on the airship, Noe loses consciousness and wakes up in a prison cell with Vanitas. Noah asks Vanitas why this is happening, and Vanitas tells him that Noah is his accomplice.

Soon after, they were released, because vampires are forgotten by humans, and any incident involving vampires has to be swept under the rug.
I received an invitation from the “Count”, the person who made the disappearance. He told Noah to come and pick up the luggage that was left in the airship.
Noah comes out of his prison cell and walks the streets of Paris for the first time, everything is new to him and he wanders from place to place with his eyes shining. When they finally arrive at their destination, they ask for their belongings back, but the Count does not trust the fact that Vanitas has cured the cursed vampire and wants to get rid of Amelia.

In order to prove that Vanitas can indeed cure cursed vampires, they promise to bring the vampire that is currently causing trouble in Paris and cure it in front of the Count.

They are given one day to find the vampire and set off to Paris to find him.

|What will be the final episode or ending of The Case Study of Vanitas?

Luka and Jeanne are told by a subordinate that Dominique is missing. Dominique is a serious person and has never given up her job as a Kingsguard knight in the past, so Luka and Jeanne are worried that something might have happened to her.
Michal wants Noe to know why Vanitas killed her father, and since Vanitas won’t tell her directly, she wants Noe to suck Vanitas’ blood and look into her past.

Noe’s memories of Mikhail began to flow into her mind. One day, Mikhail was kidnapped when he was a small child.
No.69 was chosen to take care of Mikhail, who was taken to an unknown place.
Mikhail is called No.71 and is subjected to Morrow’s human experiments. It’s really miserable, and Mikhail and the others can’t help but feel sorry for him.
Finally, the human experiment enters its final stage, and Moreau begins to explain that he will link Mikhail and the others to the Book of Vanitas.
Mikhail and the others are taken to the device, and Morrow reaches for the switch, saying that if they enter the device, they will be crippled by the shock. Just then, a woman with long hair appears and kills all the researchers, including Morrow.
The mysterious dark-skinned figure takes the Book of Vanitas and turns to leave.

The mysterious person said that he was a vampire from Sougetsu and that people called him Vanitas.
Then, No.69 attacked the vampire of Sogetsu.
When No.69 woke up, he started to talk about the past.
No.69 wakes up and starts to talk about the past, and the three of them start to live together.
If vampires and humans remain mixed, they will die in the near future, so they look for a way to solve the problem, but before they can find it, Mikhail’s lifespan is up.

However, before they can find a solution, Mikhail’s life is coming to an end. The Blue Moon vampire proposes that they become his family and survive, but Mikhail agrees, but No.69 refuses and chooses to remain human. Vanitas (No.69) then kills the vampire in the blue moon. At this moment, Mikhail’s reverie ends and Vanitas appears.

Vanitas tries to kill Mikhail, who is trying to revive the Sougetsu vampire.
Mikhail orders Noe to suck Vanitas’ blood. Noe has no choice but to obey Mikhail, since Dominique is being held hostage.
However, Vanitas doesn’t care about such circumstances and wants to kill Mikhail.
Noe and Vanitas face each other, and Vanitas cuts Noe. From here on, I’m going to predict the ending.
Why did Vanitas kill Sougetsu’s vampire, and is Sougetsu’s vampire really dead?
Will the relationship between Noe and Vanitas be able to be repaired at this point?

Nazuna
The battle scenes are great, but the human and vampire drama, the love-hate drama is unfolding one after another, and I can’t wait to read more. I can’t wait to read the rest of the story. The mystery of what Sougetsu’s vampire is only deepens, and this is a work that draws me in.

You can find more information about The Case Study of Vanitas season 2 in this article.