Anime “The Case Study of Vanitas” to air for two weeks, with new cast members Inori Minase and Akira Ishida 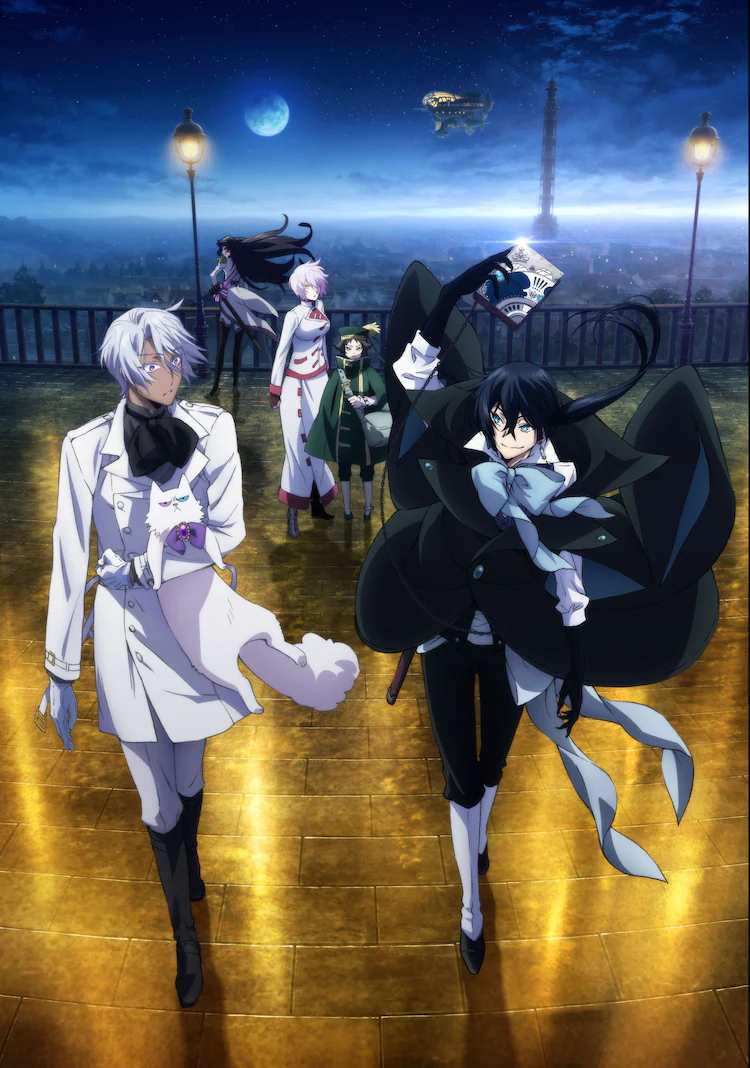 The TV anime “The Case Study of Vanitas”, written by Jun Mochizuki, will be broadcasted on TOKYO MX and other stations from July 2nd at 24:00 for two episodes. The key visual, new characters and their casts have also been released.

The key visual depicts five people, Vanitas, Noe, Jeanne, Luca, and Dominique, gathered in Montmartre overlooking the city of Paris. Inori Mizuse plays Jeanne, a vampiric girl known as the “Witch of the Fire,” Shino Shimoji plays Luca, a polite vampire boy who is second in rank only to the vampire queen, and Dominique is the daughter of the Marquis de Sade, a prestigious vampire aristocrat and lord of the Otherworld. The role of Dominique is played by Ai Chino. Akira Ishida plays Noe’s teacher and the person who sent the letter to find the “Book of Vanitas”, and Miyu Komaki plays Noe’s cat, Muru. Of the three informants that Vanitas often uses, Taro Kiuchi plays Dante, Koji Yusa plays Johan, and Reece is played by Riho Kuma.

Also, the third short PV using the accompaniment and anime footage has arrived. In addition, at 24:00 today on the official website of the anime, the “Daily Voice” project will start where you can listen to the newly recorded voices of Vanitas, Noe, and others on a daily basis.