【SPY×FAMILY】About Anya’s past! Is the ancient language related to her birth? 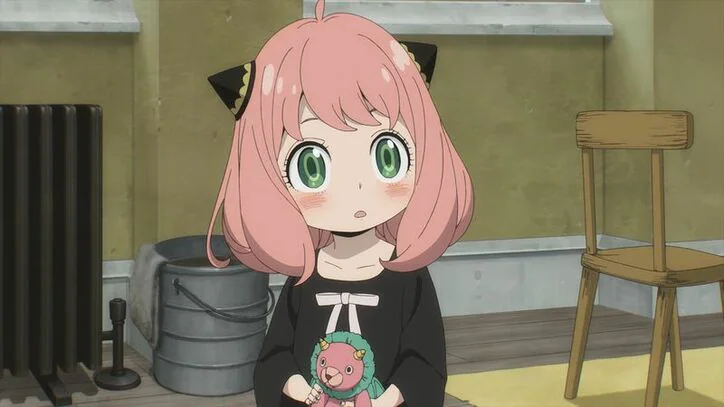 Anya is the daughter of Lloyd and Yol, SPYxFAMILY’s cute charge. Many people must be Anya fans because of her naturalness and her cute looks…! Anya can use her psychic powers and can read people’s minds. How can Anya do such a thing?

Let’s take a look at Anya’s intriguing past!

|Anya’s past of concern

You may be wondering what kind of past Anya has. It is hard to believe that she has lived a normal life, just because she can use her psychic powers and is in an orphanage. I think she came to the orphanage through various circumstances, but…

Is Anya’s ability to use psychic powers related to past events?

Regarding Anya’s ability to use ESP, she says it is likely related to a past event. It is not yet known whether Anya was born with psychic abilities or whether she was able to use them after birth.

If Anya was born with psychic abilities, her life will be very different from the one before, and if she acquired them, there is no doubt that she had a complicated past.

Is it possible that Anya’s hometown was dealing with an ‘archaic language’?

There is one more thing that may be related to Anya’s past.
That is “Old Language”.
Anya later successfully entered a very elite school called Eden School. However, her grades at the school were not good at all. However, her grades in the ancient language were actually better than those in other subjects!
This means that Anya had some form of exposure to the ancient language in the past, and this is another point that may be relevant to Anya’s past in the future.

However, it seems that although her answers were (probably) correct in the ancient language, the scores themselves were low because of the terrible typos in WW!

|Is ESP an acquired taste? The fact that experiments have been conducted…

Regarding Anya’s psychic ability, at this stage it is not clear when she acquired it. However, it is likely that it was acquired.

Pet dogs are also subjects and have psychic powers.

Anya has psychic abilities, but “Bond”, the dog that later becomes a member of the family, also has hidden abilities. Bond’s ability is the astonishing “prediction of the future”.

If a dog born in quicksand has an innate ability to foresee the future, I would be scared.
It is also known that Bond was a subject of a research institute conducted by the former regime of the East (Ostania) to create extremely intelligent creatures. Therefore, it is natural to assume that Bond acquired “future foresight,” and that Anya also acquired her supernatural ability at the institute.

In any case, it doesn’t sound like very good research. 、、、、 By the way, this research has now collapsed because of the collapse of the regime.

|Why was Anya in a nursing home?

Anya has supernatural powers, but when she met Lloyd, she was in a foster home. She had been moved from one orphanage to another, and even though she was adopted, she was returned to the orphanage again. I guess my psychic abilities gave me the creeps. 、、、、 We’ll see why I was in the orphanage in the first place!

|Her place of birth is a huge mystery! Anya was born in a laboratory?

We know that Anya was in a certain laboratory before she was in a nursing home.
Anya was born with psychic abilities by accident at the research institute there, according to

However, as I mentioned earlier, he has a certain level of understanding of ancient languages that are not used today, and it seems likely that he grew up in a place isolated from the rest of the world.

If that is the case, an isolated district or village is a bit unlikely, and I think Anya was most likely born in a research institute.
However…. Anya may have known that there was a world outside of the institute, though her daring idea of escaping from the institute may be unique to a child.

So, the most plausible possibility is that Anya’s hometown is really somewhere and she was brought to the institute for research! This remains quite a mystery, and we may find out more in the future!

|Anya’s past could trigger the story.

And so far we have looked at Anya’s past! Anya was adopted by Lloyd from an orphanage, but to our surprise, she had been taken in four times before and returned to the orphanage. Before the orphanage, Anya was in a research institute, but for reasons unknown, she escaped from the institute and moved from one orphanage to another. At this stage, it is unclear whether he was born at the institute or not, and it is not known whether he was brought back to his hometown. However, seeing that he is good at [archaic language], it seems that he was born somewhere else and brought to the institute….