Rent-A-Girlfriend Sarashina Ruka explains why she is annoying and the kissing scene. 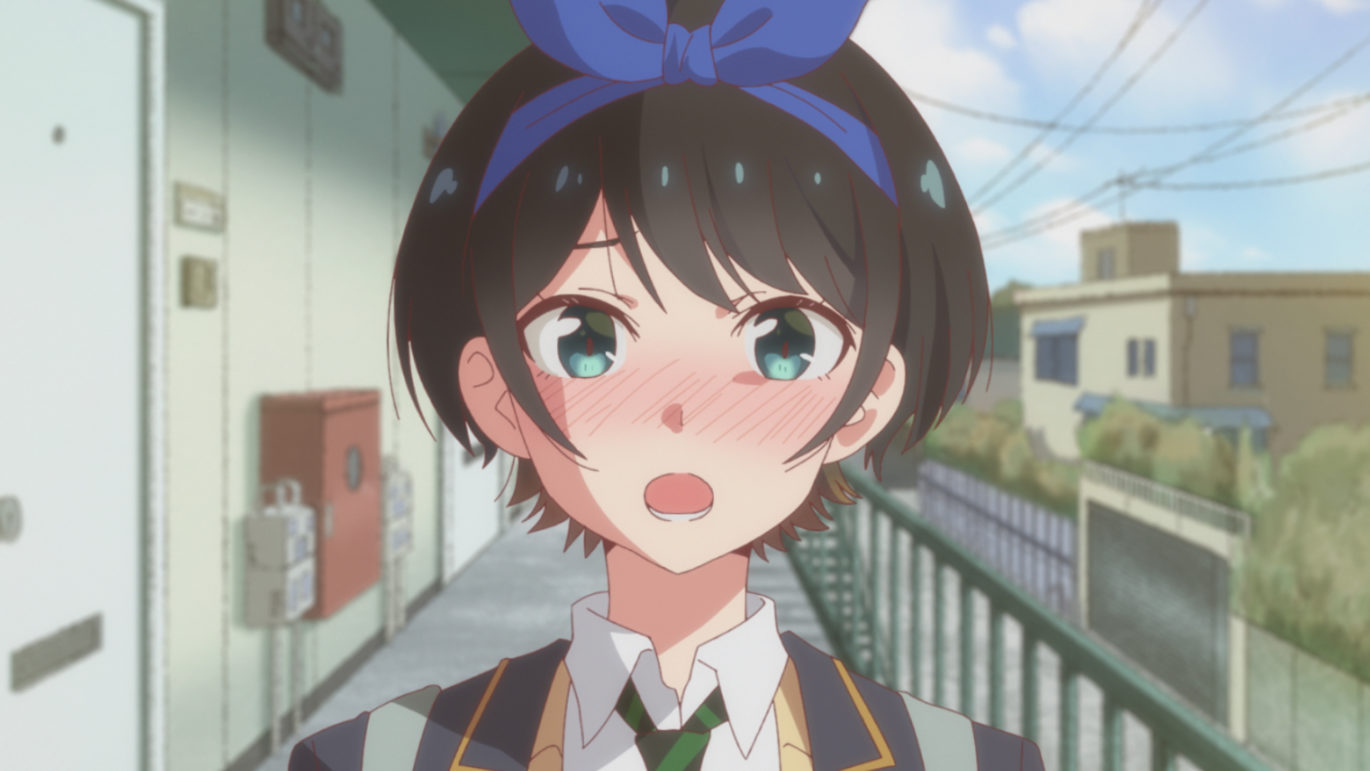 Her lively personality has made her popular, but there are rumors that her behavior has caused some animosity among readers. In this article, we will thoroughly explain Haruka’s profile, her past behavior, and the reasons why she is considered annoying!

|Profile of Ruka from Rent-A-Girlfriend

Ruka was the third heroine in Rent-A-Girlfriend. She is a beautiful girl with a short cut and pretty hair with ribbons that make the men around her fall in love with her. She is a registered member of “Maple,” an agency for lovers, and like Chizuru, she works as a rental girlfriend. She has a bright and lively personality, and is very aggressive in her approach to Kazuya, whom she loves very much. However, despite her cheerful personality, she suffers from an irregular heartbeat. She is a high school student, and when Kazuya is seduced by her, she is described as telling herself that the person she is with is a minor. 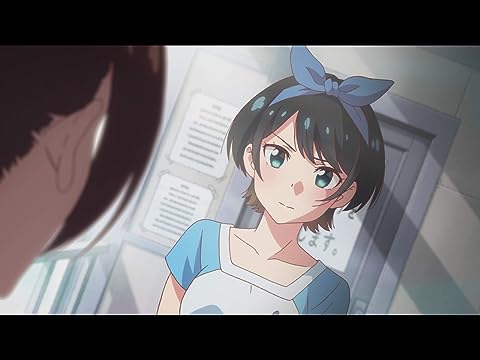 Ruka and Kazuya first met when they bumped into each other on a street corner. At first Kazuya tried to warn her, but when they bumped into each other and fell down, Ruka’s underwear was fully visible. He is so taken by the sight of her that she calls him a pervert, and he has the worst encounter ever. The second time was on a W-date with a friend. Suddenly, Kazuya’s friend invites him to a date, and he takes Chizuru with him to the meeting place. There, his friend’s girlfriend appears, a well-dressed, beautiful girl of the highest caliber.

|The reason Ruka fell in love with Kazuya had to do with her illness! 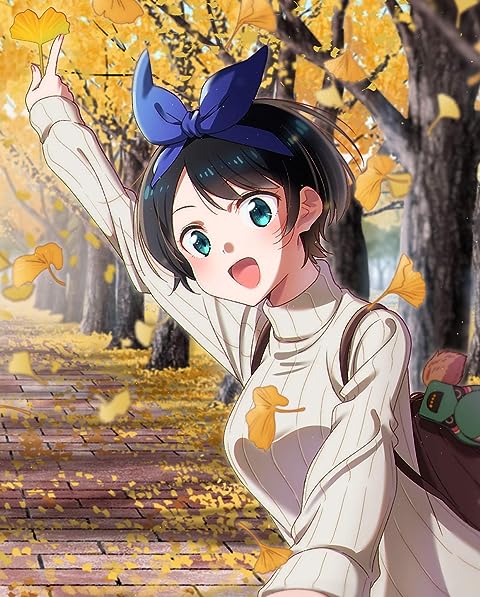 After the date, Ruka slips and almost falls down the stairs. Ruka blushes when Kazuya tells her that he can’t let his friend get hurt. Later that day, Ruka suddenly comes to Kazuya’s college and demands a hug. Ruruka, who is in physical contact with Kazuya for her trouble, looks at the number “90” displayed on her phone and says, “I just had a heart attack. In fact, this number is her heart rate. Ruka has suffered from an irregular heartbeat since childhood and has never been able to pound. Although her condition stabilizes as she gets older, she does not like it because it makes her feel like a robot. Then she met Kazuya, and Ruka’s heart rate began to rise. Thus, she came to believe that she had fallen in love with Kazuya.

|Ruka has figured out who Chizuru is! 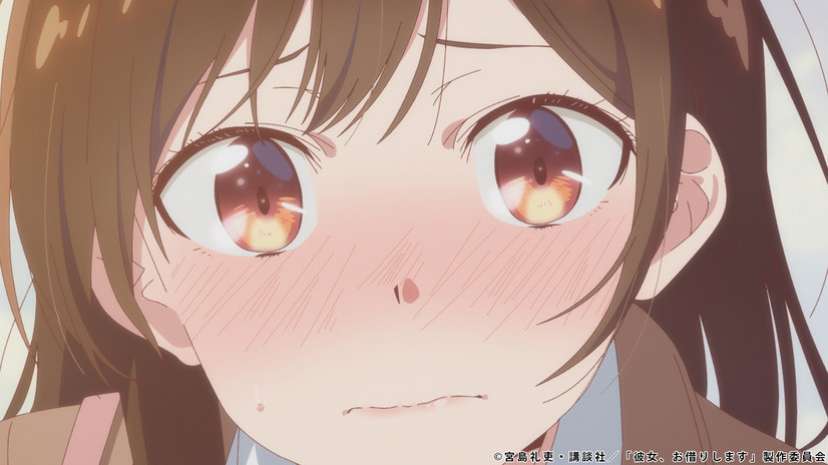 Kazuya reports to Chizuru about the events of the day, as Ruka has even come over to the university. However, Ruka, who has tracked down Kazuya’s house, finds out that they live next door to each other. When she is insistent that she doesn’t want to go out with Kazuya, he makes the unthinkable move of threatening to keep quiet if she goes out with him. She tries to escape by escaping through the window, but is found and captured. Kazuya gets down on his knees begging for forgiveness, and Ruka cries and confesses to him, “I don’t care if it’s just a trial. Then, with Chizuru’s advice, he decided to make Kazuya Haruka his girlfriend (temporarily).

Ruka forcefully arrives at Kazuya and Chizuru’s joint birthday party held at Kazuya’s parents’ house. As expected, Ruka wins over Kazuya’s grandmother, but the tables are turned when Chizuru arrives. Kazuya thinks that Chizuru is her real girlfriend, and he is smitten with her. Shocked, Ruka suddenly kisses Kazuya when he comes to the bathroom. (Ruka is Kazuya’s girlfriend, even though she is a “temporary” one. Despite this, Ruka’s feelings for Kazuya, who continues her relationship with Chizuru indefinitely, exploded at that moment.

|Why is Ruka “annoying”? 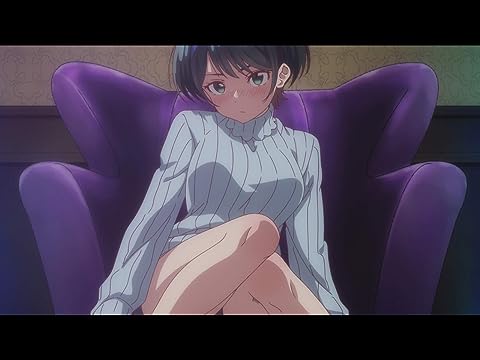 Ruka is one of the most popular characters in the series because of her adorable behavior. However, there are many readers who find her behavior “annoying. In her second appearance on the second date, she suspects Kazuya and Chizuru’s relationship and annoys them both. Then, after falling in love with Kazuya, she cries and forces her way into her position. She is also portrayed as coming to Kazuya’s university, which may seem to some people as a selfish character who does not consider other people’s feelings. The main heroine of the story is Chizuru Mizuhara, whose presence may seem intrusive to readers who are rooting for Kazuya and Chizuru’s relationship. Her charm is her single-mindedness and positive attitude, but on the other hand, she can be seen as selfish and “annoying. ……

|Can Ruka become a real girlfriend? 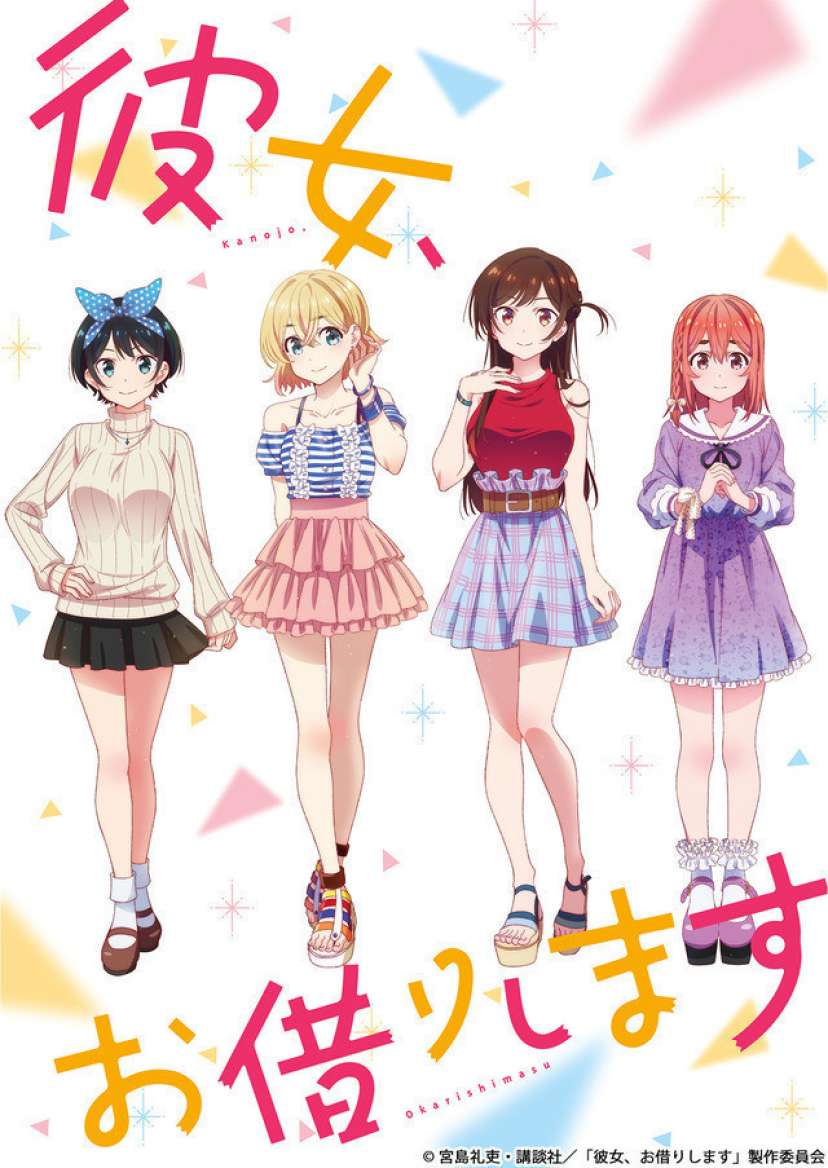 Although Ruka is annoyed by some readers, her feelings for Kazuya are genuine. Even though we know that Chizuru is the main heroine of the work, we are inclined to root for Kazuya when we learn about her past. The second anime season of “Rent-A-Girlfriend” will begin airing on July 1, 2022. Keep an eye on Ruka’s future while you check out the anime!