Strong new characters are scheduled to appear in the fall broadcast of “SPY x FAMILY” during the two-court season, including a dog that is essential to the story. 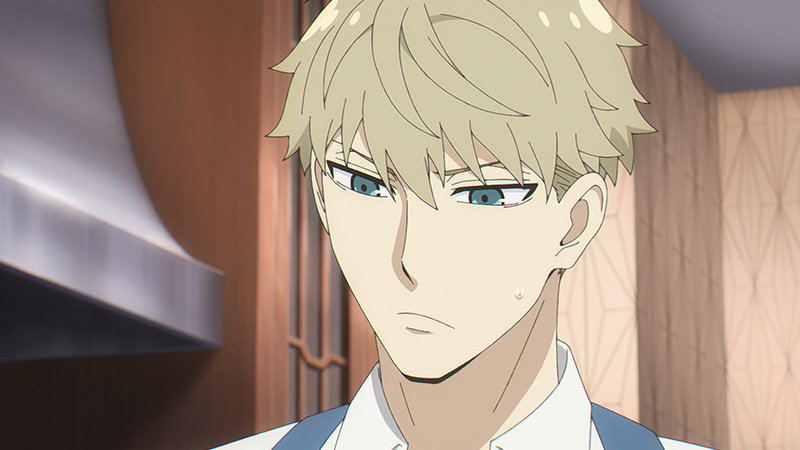 |New characters who are also reassuring allies… but who also stir up the story and make a big impact.

SPY x FAMILY,” which began airing in April 2022 and quickly became a very popular anime, ended its first season with 12 episodes, which depicted Anya’s trip to Penguin Park as a reward for getting her first star (Stella). The long-awaited second cool will begin in October, and prior to the broadcast, we will introduce some of the fascinating characters who will appear in the future with minimal spoilers. However, to some extent, it will touch on future developments, so please be careful if you want to watch the second season in its entirety.

Fiona Frost, code name Tobari, is a junior female spy who was originally directly mentored by Lloyd (Twilight). Her expression is cool, or rather expressionless, and the way she performs her duties calmly and cool-headedly is icy and beautiful, but in fact, she has a tremendous “passion” inside her. ……?

She is also one of the strongest in the series, and the scene where she and Lloyd team up to challenge a certain sport is both funny and cool, and is a major highlight. Also, the voice actor’s performance of a certain cute comment she makes when Anya reads her true feelings is also a big draw.

●Matthew McMahon, chief of the Garden, too strong & too calm.

Another assassin belonging to the “Garden” assassin organization is hiding in City Hall, Yol’s ostensible place of employment. This is Matthew McMahon, an elderly man known as “Chief.

He looks like a gentleman with white hair and glasses, but he is a very skilled assassin. He is a senior assassin who is too dependable for Yol, who knows how to use any kind of weapon, and who instantly responds to any situation and takes the best course of action. He is also expected to participate in an intense battle scene on a mission he is on with Yol.

Donna Schlark, a teacher at Anya’s Eden School, is called “Auntie Tonito” by her students in the shadows. She is feared by her students because she gives them Tonitos, punishments normally given to students for poor grades or misbehavior, for trivial reasons such as “disturbing the public morals.

Will Anya be able to fend off the threat of “Auntie Tonito”? Although the order of the episodes in which she appears in the two-cour series is not clear, we would love to see her powerful animation of her sharp movements and cold expression as she applies lightning to the foreheads of her students in the future.

●Bond, a dog with mysterious abilities

A dog named Bond is an absolutely indispensable character in the upcoming “SPY x FAMILY,” and he has already made a brief appearance in the first-cool anime: at the end of episode 11, “The Stars,” a large white dog stands in a place that looks like a prison camp. That is Bond.

Many fans of the original anime have been looking forward to seeing Bond in action. As for the story, it is expected that the first part of the second school year will start with this Bond story. Bond will be a member of the Forger family, but he is no ordinary dog since he will be a member of that family. Bond’s special abilities will lead to more surprises and laughs.

Please check out the full story to find out how Bond’s special abilities are related to the story and what kind of abilities he possesses. The future of “SPY x FAMILY” is looking more and more exciting! We can’t wait for it to start airing in October.