10 SPY×FAMILY Quotes and Sayings! A collection of memorable sayings! 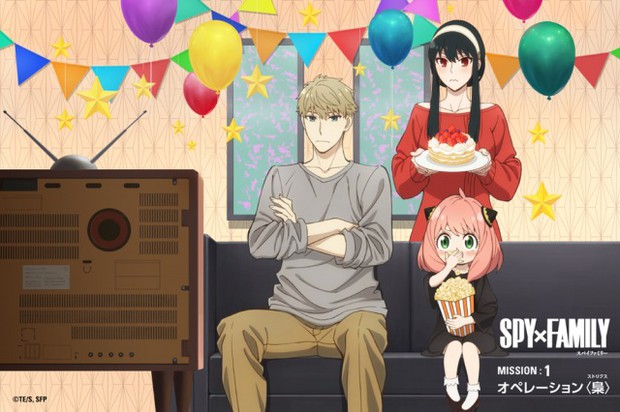 SPY x FAMILY” is a very popular serialization of the webcomic distribution site “Shonen Jump +,” with a total of more than 12.5 million copies in circulation as of November 2021.
In this article, we will summarize the quotes and sayings of “SPY x FAMILY. We will also introduce some memorable scenes, so enjoy!

Lloyd’s line from episode 1.
It is a line that reveals part of the reason Lloyd became a spy, and it is also a scene that gives us a glimpse into his past as a war orphan. Lloyd, who had been unsure of his relationship with Anya and was on the verge of losing his confidence, remembers his original intention with this line.
Lloyd is usually a cool guy, but he has a passionate belief deep inside him, and that’s what makes him so appealing!

Anya’s line, also from episode 1.
Anya is an esper girl who was born as a result of human experimentation by a mysterious organization. Anya’s feelings for her family, which she has finally obtained, are so palpable that it makes one’s teary eyes drop.

To continue to endure a grueling job for someone or something is not a job that can be served with ordinary determination (2 episodes).

Lloyd’s line in praise of Yol in episode 2.
It is a nice line that affirms Yol’s complex about being out of the ordinary and the unusual life she has led so far.
Of course, Lloyd does not know that Yol is an assassin, but it can be said that the line reflects Lloyd’s own sacrifice for world peace in his espionage activities.

You guys have a very nice family (3 episodes)

A line from the grandmother who saved him from a purse snatcher.
This is the scene where the Forger family, who started out as an instant family, showed outstanding teamwork for the first time.
Lloyd was on the verge of falling apart, saying it was a poor choice of people, but somehow the three of them fit together perfectly!

I want to be with you all the time (5 episodes)

This is Anya’s response to the question about her parents during the Eden School admissions interview.
Even if it is a fake family, for Anya it is a perfect score of 100.
The straightforward and warm line, which is typical of children, makes us feel tender. I hope that the happy time will last forever for Anya as well.

After the admissions interview, Yol had lost her confidence as a mother and her unusual complex had resurfaced, but she regains her confidence after Anya’s recognition.
Yol’s determination to do her best for Anya is precious.

Mr. Lloyd you are a great father to Anya! (Episode 10)

Here is a line from Yol encouraging Lloyd, who is losing his confidence as a father because he feels that he is forcing Anya to do what is convenient for the mission. I guess everyone struggles with parenting, regardless of the mission.

But just having your partner’s approval like this is enough to keep you going!

A line from Lloyd’s boss, Handler. From the narrative in the work, it is assumed that Handler has lost a child in a war in the past. Therefore, she probably knows more than anyone else how much she appreciates peace.

It is a casual line, but it is a heavy line that gives us a sense of the handler’s life.

Recently, the world situation has become unstable in reality, and we feel the gratitude of this line keenly.

Lloyd’s line to Yol, who is impatient with the appearance of his rival, Fiona.
It is a warm line that shows the relationship that has been built up over the years. According to Fiona, it was a fake smile, but I am sure that the subtle emotions that seeped through the smile showed Lloyd’s love for Yol and Anya (which Lloyd himself was not aware of).

On the other hand, from Fiona’s side, it is a desperate line.
Fiona loves Lloyd, but it will be a hard road for her to wrestle the position of wife from Yol.

Anya, I want to be with my father and mother (50 episodes)

Anya’s line in the luxury liner version. Anya is a subject of the organization and her real parents are still unknown.
We can see how precious life with Lloyd and Yol is to Anya.
Anya usually has a funny face, but sometimes she shows a serious face, and it’s adorable! We sincerely hope that Anya’s wish will always come true.

In this issue, we have compiled a list of quotes and sayings from “SPY x FAMILY.

Nazuna
Although “SPY x FAMILY” is usually an at-home comedy with many gag scenes, its occasional warm lines leave a lasting impression.
We will continue to add more quotes as the story progresses. Thank you for reading to the end!