“Re:Zero” 2nd Season: Will Subaru be able to remain human? 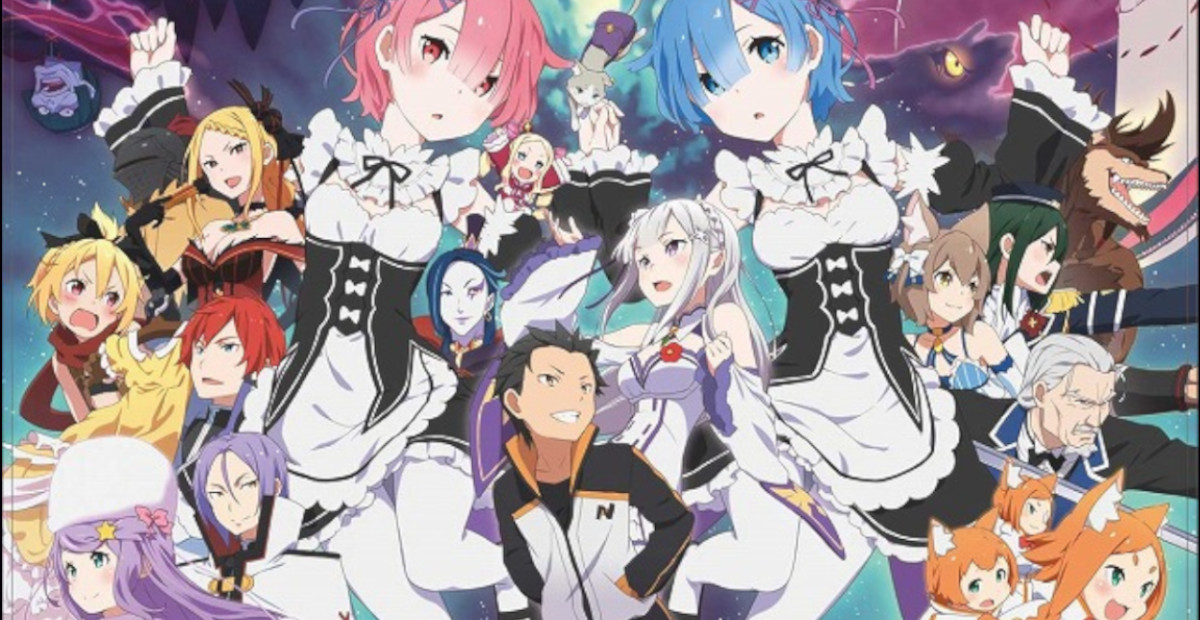 The second half of the second season of the TV anime “Re:ZERO -Starting Life in Another World-” (“Re:ZERO”) started airing on January 6.

This is an otherworldly fantasy in which a reclusive boy named Natsuki Subaru tries to save his loved ones from tragedy by looping back in time over and over again using the power of “returning to death. It is popular for its hard-hitting storyline and attractive characters.

In the second season, the “victory conditions” for the main character, Subaru, have become even more complicated than in the first season. In this article, we will look back at the first half of the second season and consider the themes that run through the entire series. Please note that this article contains spoilers for the story up to this point.

First of all, there are currently three main “victory conditions” that Subaru must achieve by repeating the “return to death” loop.

As the story progresses, the multiple intertwined “victory conditions” are eventually unraveled by a single “solution,” which is one of the major attractions of this game. And in order for the helpless Subaru to reach the right answer, it is essential for him to gain the cooperation of the characters, who, as in the past, are sometimes hostile and difficult to deal with. Just like in the first season, when multiple camps of candidates for the king’s election united under Subaru for the cause of conquering the white whale, and successfully accomplished this.

Moreover, this time more than ever, each character’s intentions are too disparate and opaque. In particular, the thoughts of Rosuir, who forces Subaru to “cut off everything else in order to protect one important thing,” for the sake of some kind of cause, is something that Subaru cannot fully understand.

It turns out that Elsa and the others who are attacking Roswar’s mansion are assassins sent by Roswar himself to hunt down Subaru, and Roswar’s choice to mercilessly take the lives of those who are related to him in no small way seems to be the work of no human being.

Rosuir forces Subaru to “sharpen his resolve. He also says that if he does this, Subaru will “catch up with me in the true sense of the word. This probably means that Subaru will be removed from “human reason” in every sense. If this is the case, then the theme of the story of this work will be, on the contrary, how Subaru can remain human.

Subaru has never given up on the idea of “saving all the people we love. In the process of trial and error, he has chosen the path of “scooping up the thoughts of many people without denying them” in order to get help from those who need it. If Subaru continues to follow the guideline of not giving up in order to “save all” and “scoop up someone’s feelings,” then he will be disobeying Rosewall’s request. But at the same time, doesn’t it also mean that he has to find another way to save Roswar?

There may be things that can only be done if we abandon our human compassion. However, grasping the ending that transcends even Roswar’s will, “saving everything,” is something that can only be accomplished if Subaru continues to hold on to his human feelings while repeating the loop over and over again.

And who is the most deviant from “human reason” in this work? That would be the jealous witch Satella, who is the one who gave Subaru the power of “returning to death”. How can she be saved from the endless torment of jealousy? It seems to me that this is also something that can only be found if Subaru is on the side of “remaining human. If Subaru overcomes many more trials in the future, he may consider Satella as someone he should save and reach out to her.

Continuously experiencing many deaths through the use of “Return to Death” and getting deeply involved with beings beyond “human reason,” such as Rosewall and the witches, will bring Subaru to the side of the “unhuman. As Subaru continues to experience many deaths, he becomes deeply involved with beings beyond “human reason,” such as Roswar and the witches. Will Subaru be able to maintain his will to “continue to be human” without losing sight of the love he has for his precious friends that has grown in the midst of battle? It seems to me that once he lets go of his love, there will never be a perfect happy ending. This is where I plan to focus my attention and see where the story of “Re:ZERO” takes us.

Nazuna
The story has reached its climax, and I’m very curious about the future of the main character: Subaru, who has overcome various trials and tribulations. If you haven’t seen this work yet, why don’t you take this opportunity to watch it?

Why don’t you take a look at this article as well?